As the curtain closed on the Mao Zedong inspired Cultural Revolution a new revolution was sweeping the country in the form of free market reforms and it was spearheaded by Zhao Ziyang who had many prominent supporters in the upper echelons of the Communist Party of China. Trading has always been part of the essence of China who lay claim to being the oldest living civilisation.

Culture and being civilised is steeped into the DNA of Chinese people who are instinctively drawn to improve themselves through hard work and education. Dignity and respect are two other Chinese traits that exemplify the spirit of a people so rooted in the past that it gives them a base for the future.

Zhao's free market reforms were something that the Chinese people took to in their stride and surprised the world with their explosive economic growth. With their cultural history and aptitude for trade the Chinese were always one or two generations from rising back to their status of a world leading economy, it just needed the right leaders in place to steer the people to do what they have always done innovate and compete.

Zhao Ziyang was that leader with the ideas to put China back on the economic map where it belonged but for all his successes he will always be remembered as the Chinese leader with a good soul who tried to prevent the Tiananmen Square massacre in 1989. His "we are old, you are young" quote to the students has embellished him into the hearts of the world even though his attempt ended in failure he still tried, full in the knowledge that his actions would be political suicide.

China is well on the way to becoming the worlds largest economy at some point in the 21st century, but I also think how high and how much faster would their growth have been if Zhao had succeeded that day back in Tiananen in 1989. World statesmen often make great one liners, so this is my compilation of 15 of the best Zhao Ziyang quotes.

The journalist Zhang Baolin remembered the importance of his input: "Zhao Ziyang played such a significant role in opening up and reform. Huge progress was made within his time"

The BBC correspondent Kathy Long reported on his removal from Chinese history: "China's Communist Party has spent nearly 30 years trying to erase the events of 4 June 1989 from history and young people here have little knowledge or understanding of what happened that day. The story of Zhao Ziyang is proof those efforts still continue: the man who was the highest ranking Party official in the country at the time of those momentous events is now expunged from the record and, even in death, still regarded as a threat"

Zhao's former personal secretary Bao Tong was praiseful in his words: "Zhao was like a warm spring wind. He listened to the opinions of others and encouraged them to speak out"

The author Jasper Becker described him thus: "Zhao Ziyang was the Gorbachev that China never had, a symbol of the turn that China never took towards creating a democratic, pluralistic state" 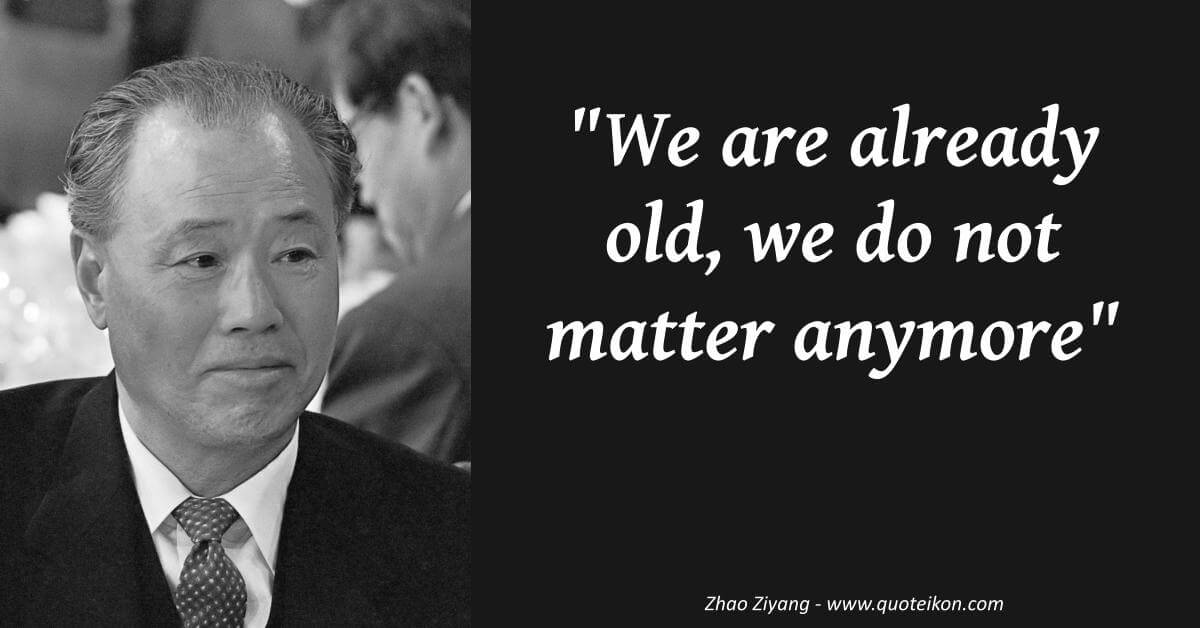