Zachary Taylor was the son of a plantation owner in Orange County, Virginia and he went on to have a remarkably successful military career which prompted The Whig Party to name him as their presidential nomination in 1848. Bizarrely the Whigs never consulted Taylor about this and once he had been elected as president he refused to adopt their policies much to their consternation.

Indeed he chose his own cabinet also much to the disdain of the Whig hierarchy who completely overlooked the former generals ability to make his own decisions whilst using his war hero status as the ticket for the president and the party to be elected. Thus he became the first U.S. president to be elected without having held any previous posts in political office.

Taylor's term as president was cut short due to him contracting cholera during a 4th July celebration in 1850 after consuming fresh cherries that were contaminated, he died four days later after serving just 492 days as president making his tenure as the third shortest in White House history.

Zachary was a career military officer who served his country with distinction through the war of 1812 and the Indian wars right up to the Mexican war which lasted from 1846 to 1848. As a commanding officer he always had the respect of his men and he would never ask them to do anything he wasn't prepared to do himself.

Taylor would lead them into battle and even stayed in the same camps as his men eating the same food and sleeping in the same conditions. He was a more successful soldier than he was a president although the 16 months he served in the White House was not enough for him to really make his mark as commander in chief. He was good for a one liner also so this is my compilation of 16 of the best Zachary Taylor quotes

Presidential author William A. DeGregorio shared this assessment: "By all accounts, Taylor was genuinely warm, open, and plainspoken.... Far from being the unmannerly boor that his long years in the military and careless dress led many to expect"

Biographer Holman Hamilton was quoted as calling him: "A gentleman, inherently gracious, even gallant where women were concerned, and an affable and agreeable host... true to the Virginia-Kentucky tradition of unstudied manliness"

Ulysses S. Grant spoke highly of his then commanding officer: "No soldier could face either danger or responsibility more calmly than he. These are qualities more rarely found than genius or physical courage. General Taylor never made any great show or parade, either of uniform or retinue. In dress he was possibly too plain, rarely wearing anything in the field to indicate his rank, or even that he was an officer; but he was known to every soldier in his army, and was respected by all"

His successor in the White House hot seat Millard Fillmore crafted a fitting eulogy to Taylor: "A great man has fallen, one whose life has been devoted to the public service, whose career in arms has not been surpassed in usefulness or brilliancy, who has been so recently raised by the unsolicited voice of the people to the highest civil authority in the government, which he administered with so much honour and advantage to his country" 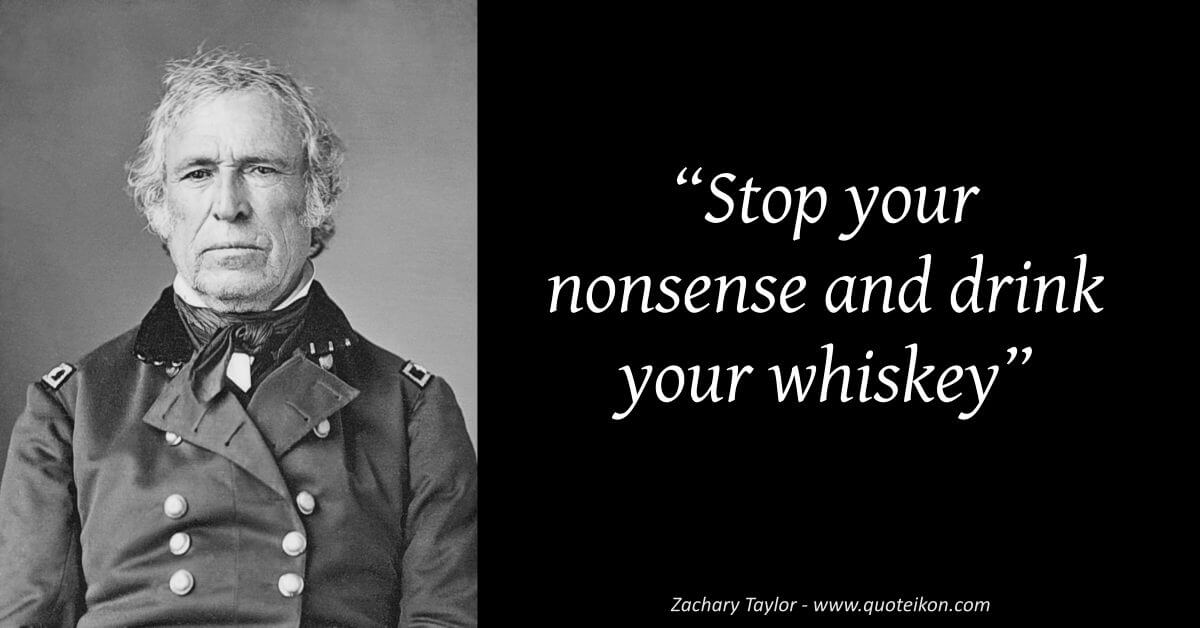