Xenophanes was the 5th century BC poet and philosopher who dared to question strongly held beliefs and systems and outright criticised those who claimed to know the truth about anything that could not be observed first hand.

Xenophanes was an orator and critic of classical poetry who as an ancient Greek and not a modern day geek travelled far and wide to communicate his message and so fulfilled a need for enlightenment and entertainment back in his day. He explained the limitations of human knowledge and eloquently pointed out that beliefs should be classed as opinions and not truths so as to avoid the pitfalls of dogmatism.

Indeed, the historical author F.R. Pickering was quoted as saying of him: “Xenophanes is a natural epistemologist, who claims that statements concerning the non-evident realm of the divine as well as the far-reaching generalisations of natural sciences cannot be known with certainty but must remain the objects of opinion”.

He was the most discussed of all the Pre-Socratic philosophers and his influence was felt by all Greek thinkers up until Aristotle's era who pigeon holed him as the founder of Eleatic philosophy.

The words of the great ancient Greeks have echoed through time keeping them relevant even in the 21st century, so this is my compilation of 16 of the best Xenophanes quotes

Philosophy historian J.H. Lesher gave this assessment of his work: "Without explicitly announcing their banishment, Xenophanes has dispatched an array of traditional sea, river, cloud, wind, and rain deities to the explanatory sidelines"

The philosopher Plato shared this observation: "The Eleatic school, beginning with Xenophanes and even earlier, starts from the principle of the unity of all things"

The biologist Theophrastus simply described Xenophanes’ teaching as: "The all is one and the one is God" 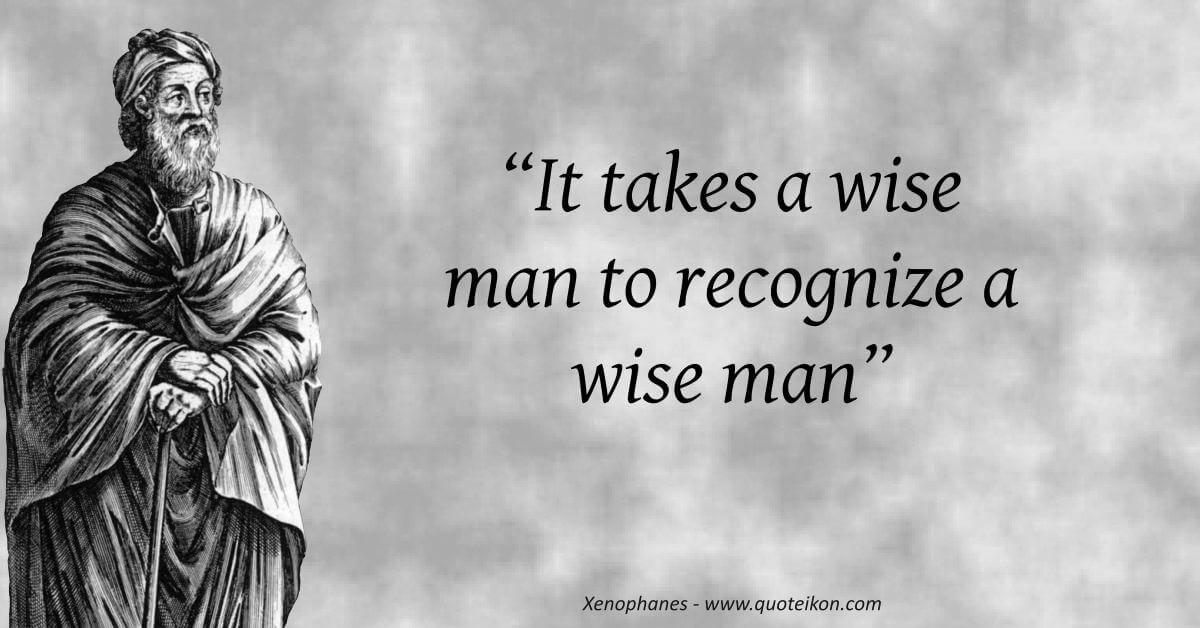