Xenocrates was born in Chalcedon located at the southern end of the Bosphorus opposite Byzantium what is now known as Istanbul. He was a staunch follower of the Plato school of thought that was to be a major influence in his life.

Xenocrates succeeded Plato's nephew Speussipus as the Scholarch (president) of the Platonic Academy, a position which he held from 339BC until his death in 314BC. The bulk of his work has not survived and a lot of the understanding of Xenocrates has came from the learned pupils of his teachings.

Xenocrates main fields of interests were in metaphysics, logic and ethics although much of his teaching came from his former master Plato he further broke down fields of ethics to his own interpretation.

Nevertheless Xenocrates commanded great respect from his pupils who held him in high regards because of the altruistic and virtuous lifestyle he adopted adhering to the philosophies he believed in.

Amidst all the wisdom he shared there were some great stories passed on so this is my compilation of 11 of the best Xenocrates quotes.

Plato repeatedly instilled this simple philosphy on Xenocrates: "Sacrifice to the Graces"

Diogenes was not so impressed by Xenocrates saluting him as he retorted: "Nay, if you can endure to live in such a plight as this, I decline to return your greeting"

The writer Heinrich Dorrie shared this thought: "Xenocrates' lifework consisted of producing a kind of codification - and thus of necessity, a transformation - of Plato's philosophy. But it immediately became apparent that others, especially Aristotle, understood Plato in a wholly different way with respect to certain key questions" 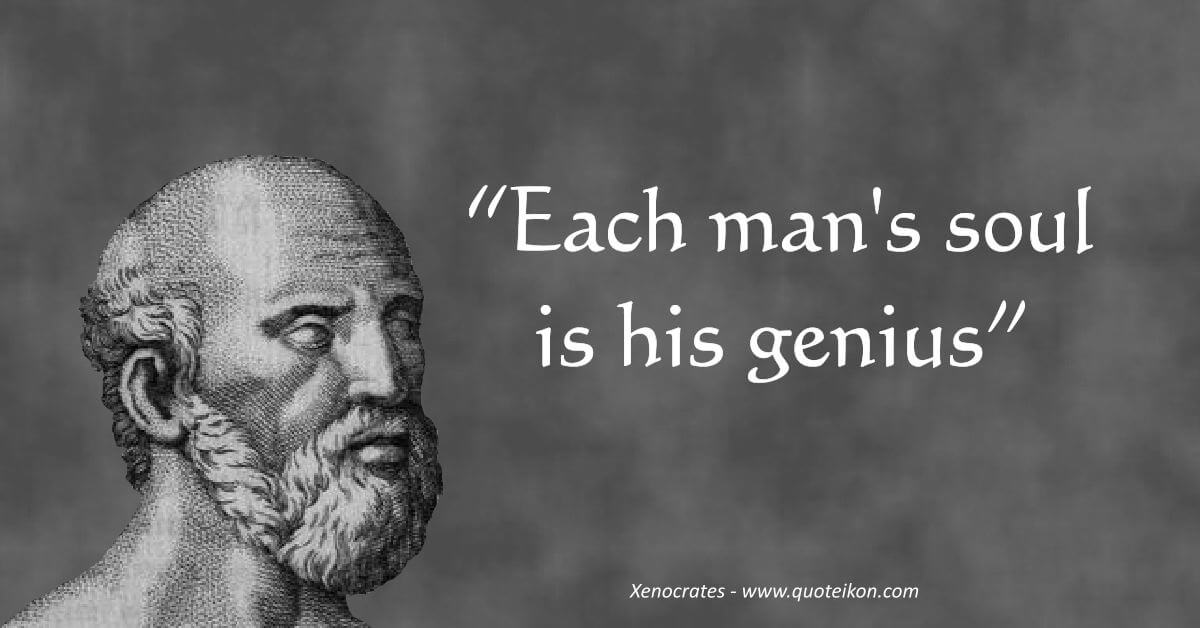