From an early age Wernher von Braun had a dream that was not unlike other children who stared wide eyed through the lens of a telescope into the night sky imagining what it would be like to explore our solar system and beyond.

Most kids grow out of their dreams but in von Braun's case he grew into his, he was inspired by Jules Verne and often recited his quote: "Anything one man can imagine, other men can make real" and he did both by turning his imagination for a man on the moon into the reality that gave Neil Armstrong the platform to utter the immortal quote: "That's one small step for man but a giant leap for mankind".

Before the success of his Saturn V rocket under the Apollo program he had another significant achievement with his infamous invention of the V2 rocket. The V2 was the worlds first long range guided ballistic missile which was launched on masse from continental Europe and rained down on London during the dying embers of WW2.

The invention came too late to turn German fortunes in the war but it led to significant interest from the Americans, Russians and British whose armed forces were all tasked with finding the key personnel responsible for the invention of such a devastatingly effective weapon.

Von Braun had a loyal team of dedicated scientists who were more interested in their work than the ideological influence of extreme politics and under his leadership they defied the orders from the Fuhrer Adolf Hitler to destroy all blueprints and instead hid them in a disused mineshaft in the Harz mountain range. As Joseph Stalin's Red army closed in the stakes were high as von Braun was aware that his SS minders were given orders to kill all the scientists rather than allow them to fall into Russian hands.

Wernher von Braun convinced the SS to allow his team to disperse into the surrounding Bavarian villages because the threat of them all being killed by an allied bomb strike would devastate the advancement of the V2 weapon into its next generation. The ploy worked and the scientists who were now away from the watchful eye of the SS escaped and made their way into Austria where they surrendered to the Americans who they deemed the safer country to whom they could trust their technology not to be abused to the detriment of mankind.

As a scientist von Braun had little interest in political ideology so it was the best choice opting for the Americans who initially engaged him to work on military projects until eventually through his workings with NASA he was was able to fulfill his boyhood dream of creating a rocket capable of breaking the earths gravitational pull and the era of space exploration was born.

Von Braun's Saturn rocket was sent into operational orbit and beyond on 13 occasions and every time all crew made it safely back to terrafirma. For a scientist he had remarkable charisma to add to his articulate elegance that inspired all around him including one of his associates who described him thus: "Working for the Government, you don't wind up a rich man. But working for him, you feel you're a member of a great team". He liked analogies and he was quick with a quip and great for a one liner which I have included in my compilation of 15 of the best Wernher von Braun quotes.

Von Braun's bloodline was steeped in European aristocracy, royalty and ministers of state, his mother Emmy von Quistorp traced her ancestry to Philip III of France, Valdemar I of Denmark, Robert III of Scotland and Edward III of England, whilst his father Magnus Freiherr von Braun (snr) was a seasoned politician who served as the minister of agriculture during the Weimar Republic

President Jimmy Carter eulogised him thus: "To millions of Americans, Wernher von Braun's name was inextricably linked to our exploration of space and to the creative application of technology. Not just the people of our nation, but all the people of the world have profited from his work. We will continue to profit from his example"

The German scientist Rolf Engel was impressed to say: "Wernher von Braun joins technical ability, passionate optimism, immense experiences and uncanny organizing ability in the elusive power to create a team, he is the greatest element behind today's rocketry success"

Historian Michael J. Neufeld played down his Nazi past: "Von Braun, like other Peenemünders, was assigned to the local group in Karlshagen; there is no evidence that he did more than send in his monthly dues. But he is seen in some photographs with the party's swastika pin in his lapel – it was politically useful to demonstrate his membership" 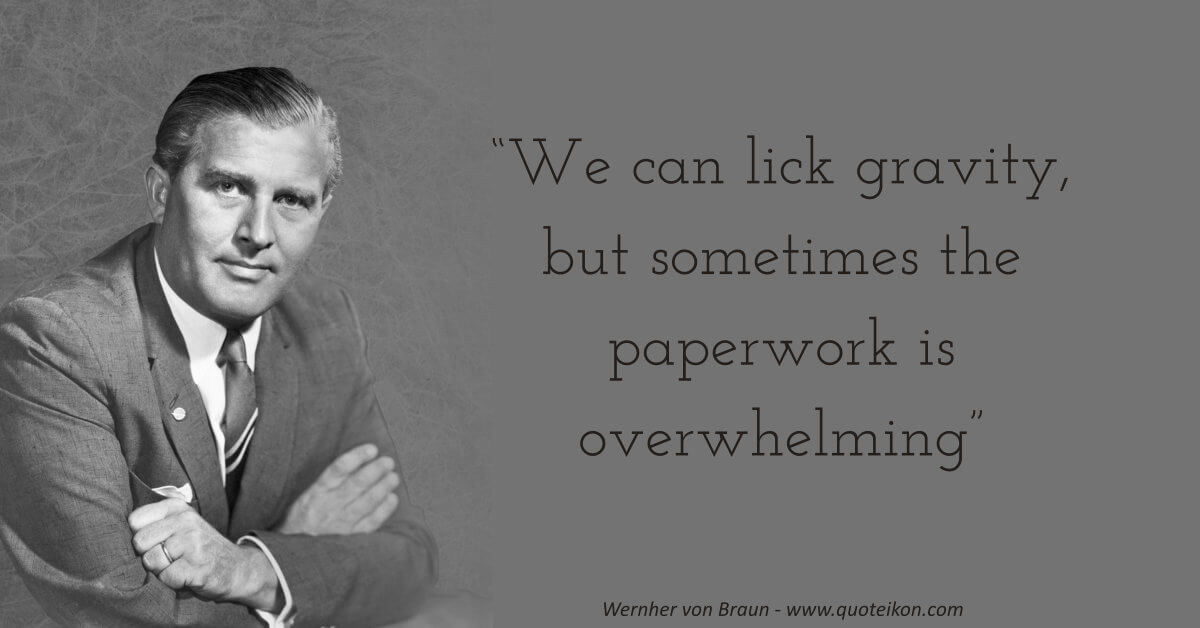