For nearly thirty years Vojislav Koštunica was been a political stalwart in the Balkans for serving his country as a statesman in a variety of roles.

Koštunica has the distinction of being the last president of Yugoslavia and he was a founding member of the Democratic party in Serbia.

Differences of political opinion forced him to leave the democratic party and he duly formed the Democratic Party of Serbia as his vehicle to gain political traction.

Vojislav became Serbian prime minister on two occasions and he was well known for his Serbian nationalistic views. As a leader and a statesman he was forthright in sharing his opinions so here is my compilation of 16 of the best Vojislav Koštunica quotes.

The author Justin Raimondo made this observation in 2001: "Kostunica is precisely the kind of leader that an America First foreign policy would promote and support. As a pole of opposition to the extension of EU power into Eastern Europe, Kostunica could be and should be a valuable ally. But our globalist foreign policy does not put America first, and never has"

The Russian President Vladimir Putin in a 2004 meeting spoke of historical ties to Serbia: "I am very pleased to have met once again with the Serbian Prime Minister, Mr Kostunica .... I would like to emphasise what seems evident: the partnership between Russia and Serbia is solidly rooted in deep historic and spiritual traditions and a longstanding, successful experience of cooperation. We firmly believe that our ties will continue to strengthen and grow" 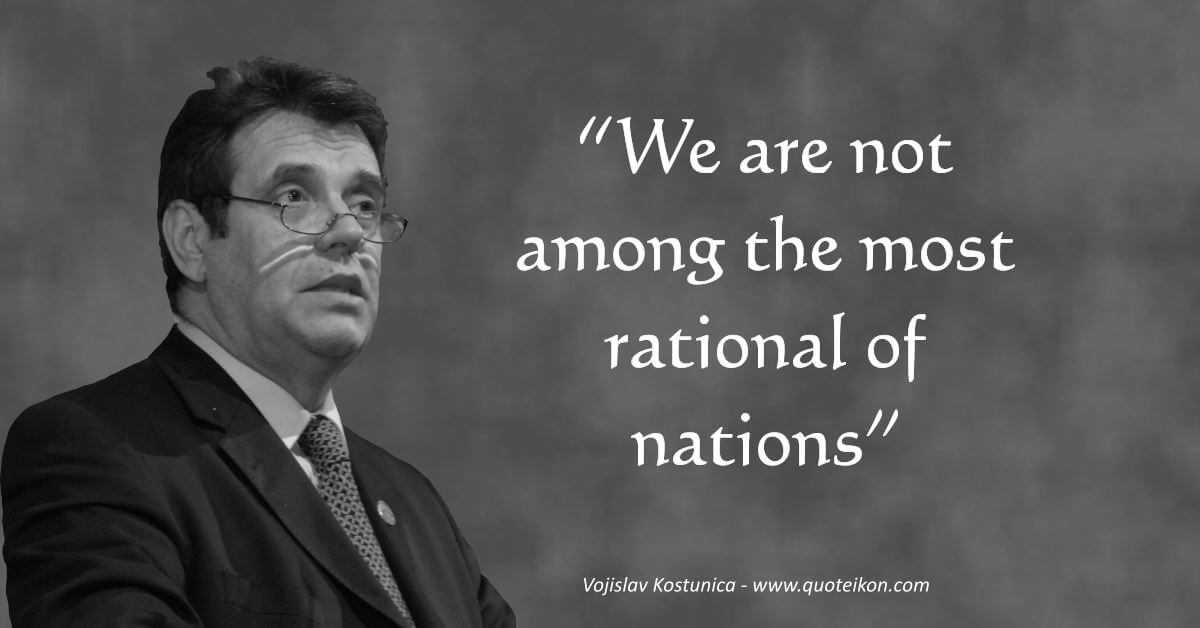