Usha Uthup grew up in a middle class South Indian family in the city of Bombay (now Mumbai) and from a young age her parents and elder siblings immersed her into a culture of music appreciation that helped to develop the famous baritone voice that has given her a career spanning six decades.

From her debut in 1969 as a songstress in a Chennai nightclub called Nine Gems she played numerous venues until her singing talent was spotted in a Delhi venue by a film crew and she was given the opportunity to be a playback singer for an upcoming movie.

From this beginning she never looked back and Usha has sang and performed through many memorable decades of Bollywood movies and TV appearances not to mention her own personal recordings and concerts.

Usha is multilingual and has sung songs in dozens of different languages, however the one thing that never changes is her sense of fun, that beaming smile is as large as the day she first performed on stage such is her enthusiasm for life, the stage and her music.

Indeed, Usha Uthup has been quoted as saying: "Don’t be sad. The good always stays and the bad goes out", and her positive outlook on life is infectious as the audience can feel the meaning in her performances.

Uthup is famous for wearing her traditional Indian attire regardless of the language she is singing making her a great ambassador of Indian musical multiculturalism with traditional Indian values which she has exemplified in live performances for world leaders such as Nelson Mandela. Great singers also make great quotes so here is my compilation of 18 of the best Usha Uthup quotes.

The singer Nitin Mukesh was inspired to say: "There are certain people who inspire us. And we are so lucky to have Usha Uthup among these people"

The CC&FC CEO Deepankar Nandi spoke nostalgically: "What a wonderful evening and such a great parting gift for me. Apart from being a very old club member and a brilliant performer, Usha is my favourite. The added bonus was the performance by Anjali and Ayesha" 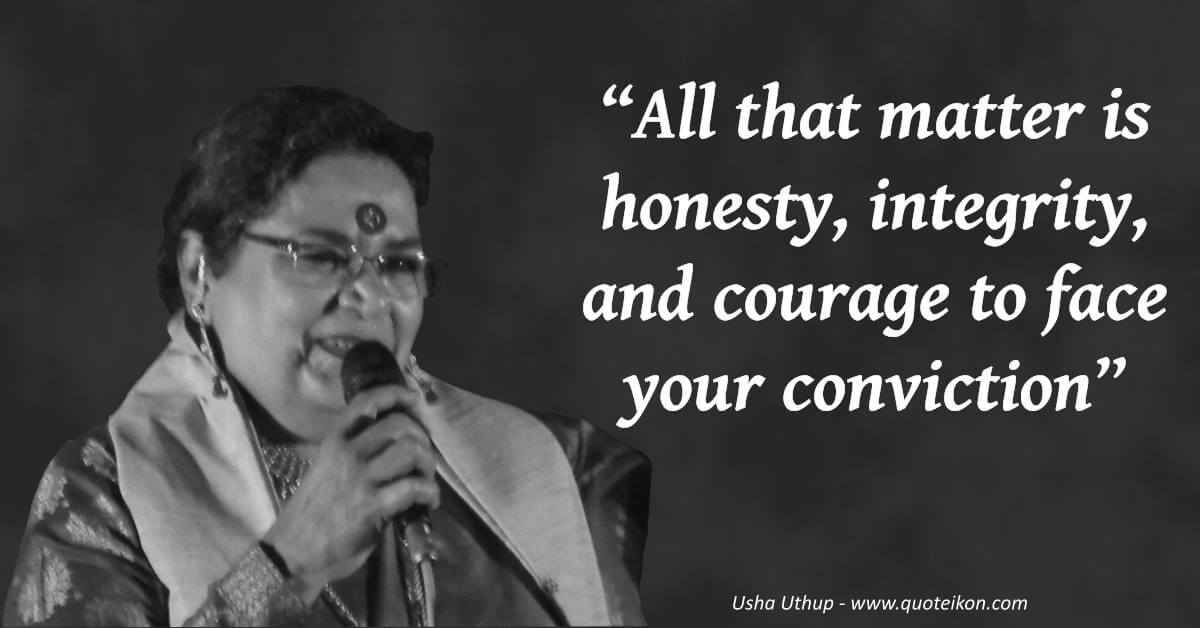