Uma Thurman grew up in an atmosphere steeped in Buddhism with her father being a professor and one of the foremost academics on Buddhism in America. Her family relocated a few times making her the perpetual new kid in school and this gave focus to other kids to tease her about her height and large feet.

Thurman found acting to be the perfect escapism to the classroom brickbats and in drama classes she began to excel. Her long slender frame was to give her initial success as a model and she appeared twice on the cover of Vogue magazine.

Uma's good looks had a certain magnetism that was better suited to the rolling camera and it was not long until she started winning minor roles in movies. Her role as Cecile in Dangerous Liaisons was her first to receive critical acclaim and this led her to receiving more good offers for movie roles.

Pulp Fiction was the movie where she shot to stardom and her haunted beauty made her perfect for the lead role in Kill Bill Volumes 1 and 2.

Thurman's look is her differentiating factor that makes her unique and easy to cast for roles and she gives an all new meaning to the saying 'if looks could kill'. She doesn't always use her looks to communicate so this is my compilation of 15 of the best Uma Thurman quotes.

The actor John Malkovich once said of her: "There is nothing twitchy teenager-ish about her, I haven't met anyone like her at that age. Her intelligence and poise stand out. But there's something else. She's more than a little haunted"

The director Quentin Tarantino talked of a possible future collaboration: "Me and Uma have talked about it recently, frankly, to tell you the truth ... We were talking about it literally last week. If any of my movies were going to spring from my other movies, it would be a third Kill Bill" 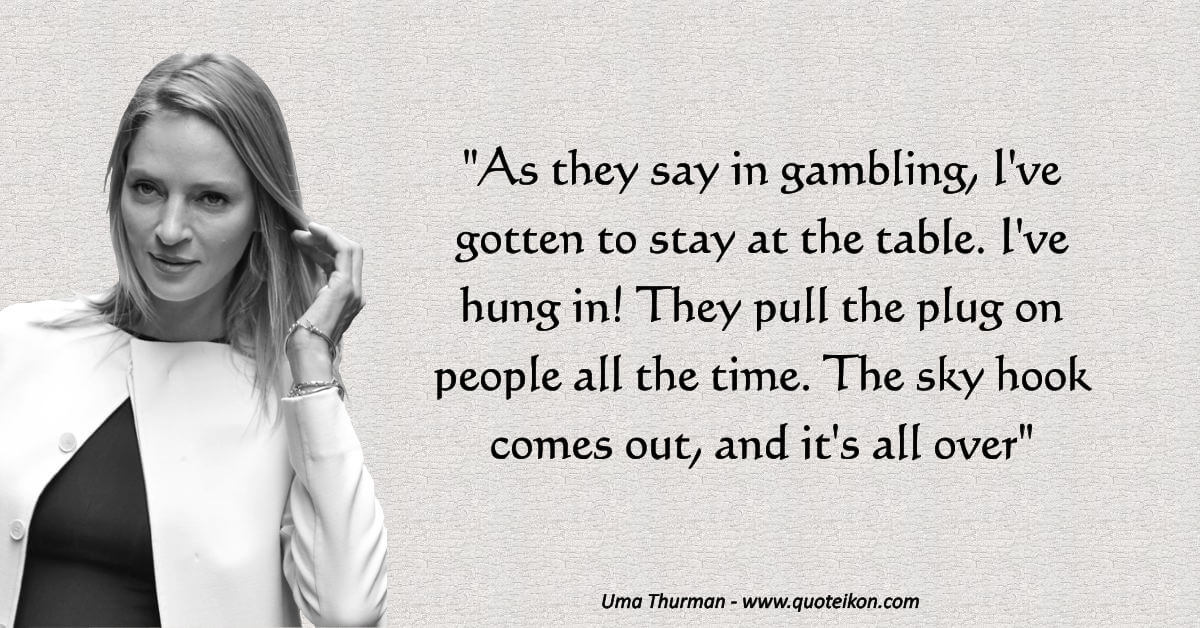