Thomas Arne displayed an interest for music from a young age and although he secretly practiced at night while the family was asleep they remained unaware of his passion for music. His father earned a good enough living as an upholsterer to send Thomas to Eton college and he was then indentured to a firm of solicitors for a term of three years.

During this time his father found out about his passion for music and discovered the renowned musician and composer Michael Festing had been teaching Thomas how to play various instruments including the violin. His father realised that Thomas should follow his own dream and allowed him to pursue his career in music.

The church of England would not accept any of Arnes work because he was a catholic so he set off on his musical career composing for Drury Lane theatre where he spent 16 years and then Covent Garden theatre where his most successful work of his time was Artaxerxes in 1762.

In the 1740's Arne wrote the music to several William Shakespeare plays including the Tempest, Twelfth Night and the Merchant of Venice. 1740 was very productive for Arne as it saw him compose his most outstanding work in The Masque of Althred which included most notably; Rule Britannia.

In lieu of his contribution to music Oxford University awarded him a degree of Doctor in 1759 and he was considered to be the most successful composer of his era. Even though he let his music do most of the talking I still tracked down and compiled my list of twelve of the best Thomas Arne quotes.

The composer Joseph Haydn, when he went to see Thomas Arne's opera Artaxerxes was impressed and admitted: "I had no idea that we had such an opera in the English Language"

The composer Constant Lambert made this comparison: "Although Rule Britannia is the best written of national songs, and the Marseillaise, which shares with the Toreador’s Song from Carmen the distinction of being the most clumsily constructed tune that ever became universally popular, it is not surprising to find that the latter has had far more far reaching effects. We can imagine Rule Britannia being played by a ship’s band or being hummed on the quarter deck by some dilletante admiral, but we can hardly hear it sung by sailors as they go into battle. Its classical construction and the operatic nature of its vocalization give to it an aristocratic quality which prevents it from being truly popular in the fullest meaning of the word" 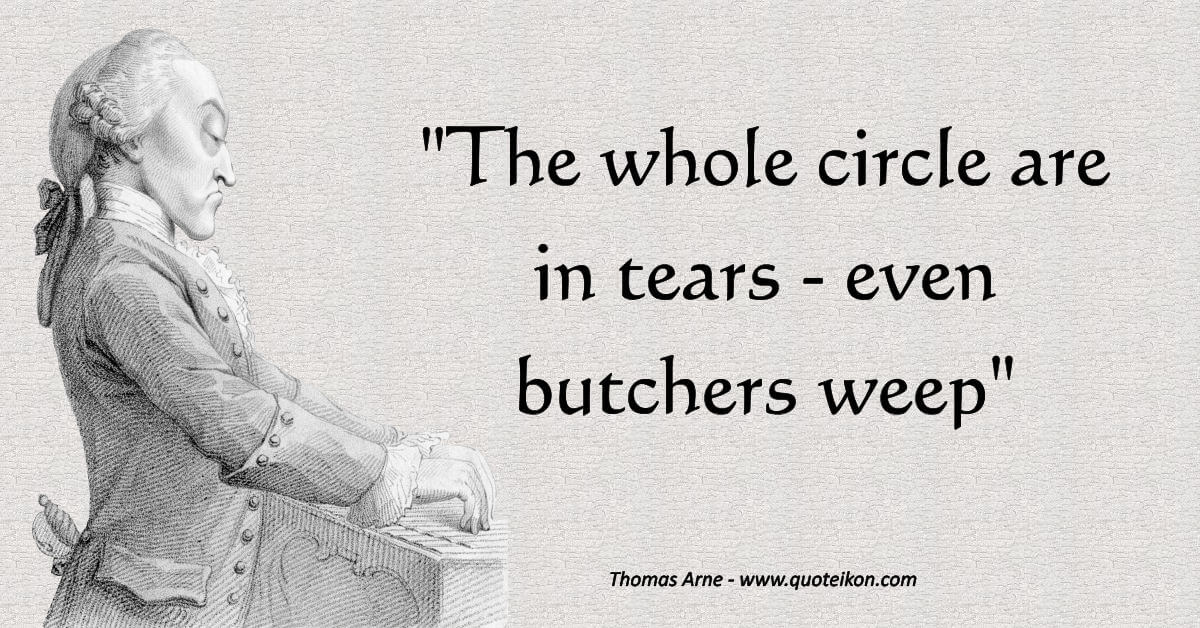