Terry Crews was the kid from Flint Michigan who gained an art scholarship yet still managed to make the grade in American football as a linebacker. It was never an easy ascent up the ladder of success but Crews used his artistic skills and physical prowess to prosper in two polar opposite professions.

His first job was a court room sketcher for what is dubbed as the worst murder case in Flint Michigan history and as an artist he has used his skills to create many great works of art that has included the front cover of Ad Age magazine's "Creativity 50" Edition and portraits of famous sporting stars, he also co-owns a design company called Bernhardt Design.

Crews' movie roles have ranged from comedies to parodies to action heroes using his impeccable physique and deep strong voice to great effect that has seen the script offerings keep rolling in.

Terry has also penned a book entitled "Manhood" where he shares his ideas on how to be a better father, a loving husband and live the life of a great man.

On the big screen the movie that really got his acting career moving was when he played Damon Pearly in the 2002 movie "Friday After Next" starring Ice Cube. Crews followed this up with two comedy movies "White Chicks" (2004) and "Idiocracy" (2006) and he then proved his versatility in action movie roles in the "Expendables" series

Without doubt Terry is a man of many talents who is blessed with quick wit meaning he is also good for a good one liner whilst hosting game shows such as 'Who Wants To Be A Millionaire' or competitive shows like 'America's Got Talent', so this is my compilation of 16 of the best Terry Crews quotes

The actor Andy Samberg was respectful with his words: "He's a miracle. Terry's the best guy, I am proud to know him"

Simon Cowell was moved to say: "Terry is a champion, I think this guy is brilliant ... He comes on to a show he's never been on before and within 10 seconds acts out like I've been working with him all my life, he's just got it, his energy, compassion, enthusiasm he's an absolute star this guy"

The critic Laura Hurley was impressed: "Crews positively sparkles with enthusiasm for everything America's Got Talent has thrown at him so far. I find myself loving AGT more for how much Crews clearly loves AGT" 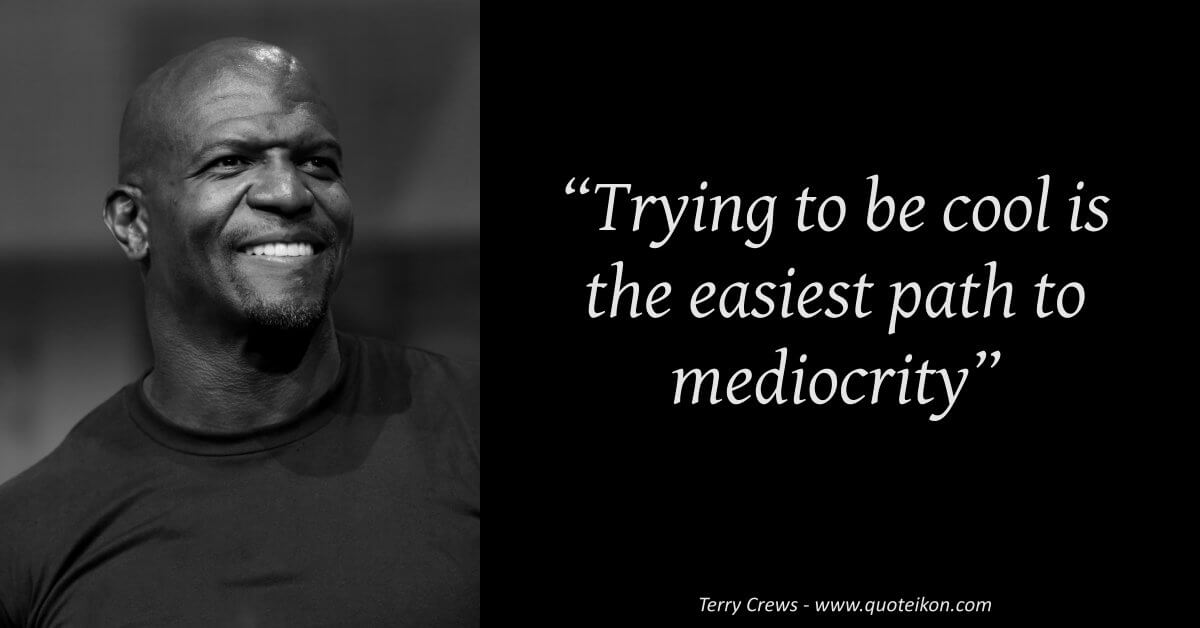