Susan Hayward was the Brooklyn girl who travelled to Hollywood with a dream to secure the part of Scarlett O'Hara in Gone With The Wind and a burning ambition to succeed. As her Scarlett dream melted away with Vivien Leigh her ambition grew stronger and she worked hard to secure her first contract in 1937 with Warner Brothers which was her stepping stone to achieving the Hollywood success she so desperately desired.

Her work ethic was excellent and after playing a multitude of bit part roles she finally started to be given the opportunity to play more engaging characters. The actress in Susan had bloomed and she started ratcheting up so many Academy Award nominations without winning the Oscar it became a joke around Hollywood.

However she was to be rewarded with her 5th Academy Award nomination for the 1958 movie "I Want To Live" when she won the Best Actress award she so coveted.

Her long standing producer Walter Wanger was quoted as saying about her; "Thank goodness. We can all relax now. Susie has her Oscar".

Controversy surrounded filming in Utah in 1956 for the movie The Conqueror as it had a devastating later life effect on Hayward as she and the entire film crew were exposed to radioactive fallout from atmospheric atomic bomb tests. She and all the leading cast, including mega star John Wayne, contracted cancer and Susan succumbed to her illness in 1975. Of the 220 film crew more than 50% of them were later diagnosed with cancer

Hayward's poise and posture made her stand out as an actress, she had an air of confidence when she strutted her unique walk in front of the camera lens, her voice could plumb the depths of despair yet rise up to an almighty snarl in a split second whilst her long red mane flailed from side to side, in full flow she was red hot.

Great actresses with great lines are usually good for an off the cuff quip too, so here is my compilation of 14 of the best Susan Hayward quotes

Charlton Heston said of her: "If there was an actress who could keep the audience interested it was Susan Hayward"

The director Robert Wise was impressed to say: "Susan Hayward is to the movies what Sarah Bernhardt was to the stage. She has a chemical combination that can excite and hold audiences as surely as Garbo and few other greats of the screen. She is one of the few actresses who can hold up a movie all by herself" 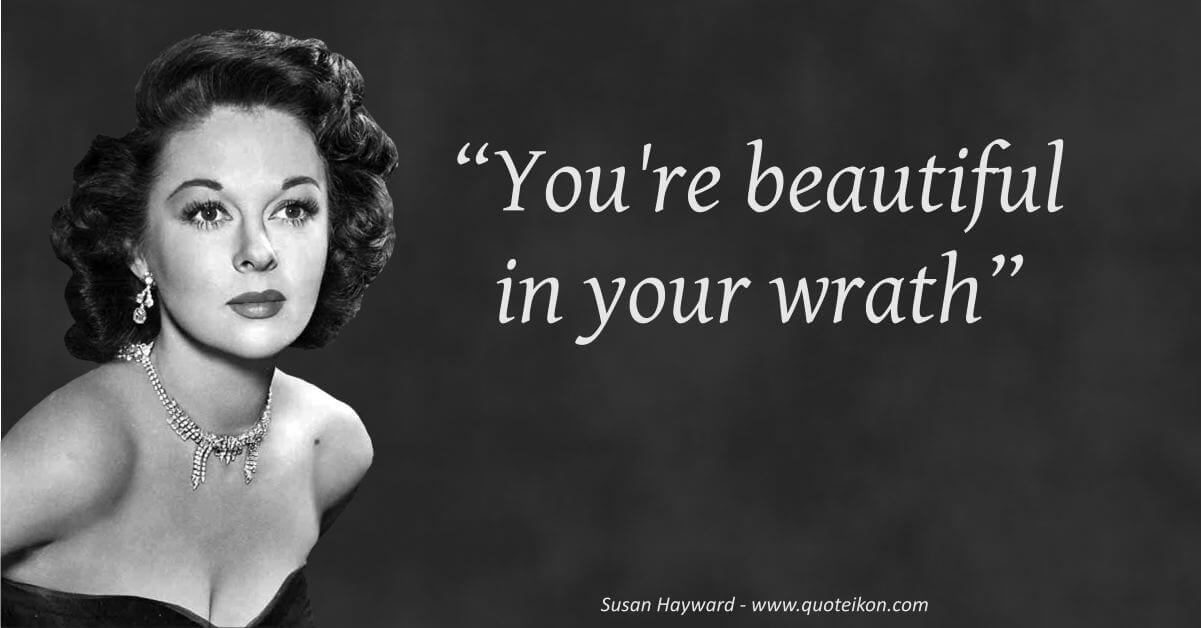