As a dramatist, Sophocles was ahead of his time. He focussed on character development and expanded the options for conflict by introducing a third actor to his scripts. Aristotle was an admirer of his tragedian writing, especially Oedipus whilst many critics consider him to be the greatest of all the ancient Greek playwrights.

Although he wrote in excess of 120 plays, only seven survived the passage of time to successfully navigate 2,400 years and are still being studied and re-enacted in theatres across the globe today.

The journalist Joel Stein recognised his box office draw: "Sophocles wrote about killing your kids and having sex with your mom and gods descending at the last second to save the day. He knew how to pull off a decent opening weekend"

The scholar George Grube shared this summary: "The gods are taken for granted in Sophoclean tragedy which centres upon human characters. His men and women, though they thus occupy the centre of the stage, themselves accept the pattern of the virtues. They are human, they fail and are punished, and they accept the punishment. The fault is not always their own, there are insoluble problems, but it is a curious feature of Sophoclean tragedy that the general impression of serenity is not broken by the cruel fate of an Oedipus, the clash of irreconcilable loyalties in Antigone, even the matricide of Orestes"

The American classicist Charles Segal opined this opinion: "To be an individual in Sophocles is to have a special destiny apart from other men and to suffer a potentially dangerous, indeed fatal, isolation from the community and its secure values"

The historian Victor Ehrenberg spoke of his political career: "He was elected for the highest office, but not for the Samian War"

Ehrenberg then assessed Sophocles' lack of political clout: "He had no special personal responsibility, and he was not elected for any particular knowledge or efficiency of his own. He was to represent the board, and the intelligence as well as the name and social standing of the poet were prominent enough, and his personal integrity sufficiently trusted, to serve that purpose well"

The politician and general Pericles remarked on the expectations of Greek military officers: "Sophocles, a general ought to have not only hands that are clean but also eyes"

The critic Michael Billington shared this comparison for the ages: "Look around any modern warzone and you will find parallels with Sophocles"

The Austrian classical philologist Albin Lesky delved into the character of Sophocles: "The poet who knew the tragedy of human life and the very depths of sorrow as no other did, lived his outward life in a warm and peaceful light, and served his fellows as an example of a happy man"

The playwright Phyrnicus gave this eulogy: "Blessed is Sophocles, who had a long life, was a man both happy and talented, and the writer of many good tragedies; and he ended his life well without suffering any misfortune"

The poet Ion spoke of a meeting: "I met Sophocles the poet on Chios while he was sailing as general to Lesbos, a playful man and clever over wine. Hermesilaos, Sophocles’ host and proxenos of the Athenians, was entertaining him"

The philosopher George Steiner remarked on timelessness of Sophocles: "Antigones proliferate in an age which has known live burial and the obscene refusal of sepulchre to enemies and victims"

The author Richard Cumberland shared this depiction: "Sophocles in times more pacific has a softer versification, and a stile more sweet and feeble; of habits and education more effeminate, of a fair and comely person"

The German philosopher Georg Wilhelm Friedrich Hegel described the play Antigone as: "a collision between the two highest moral powers"

The author Moritz Mücke summed him up thus: "Unlike Thucydides, Sophocles might not have intended his work to be a ''possession for all time,'' but his take on the Oedipus myth became one of the main ingredients of the Western canon; only in its relation to Athenian culture and character can it be fully appreciated"

The writer Don Taylor shared this assessment: "Sophocles is one of us, not one of them, buried in centuries of dust in forgotten libraries" 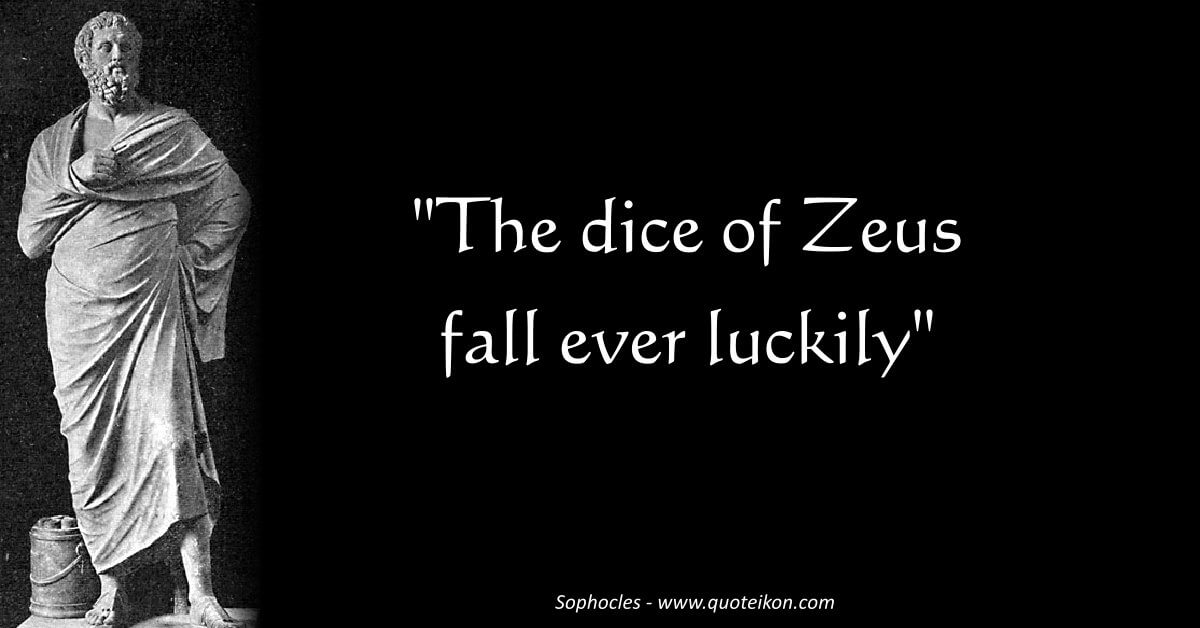