Samuel Beckett was one of a long line of literary geniuses that hailed from Ireland and made their mark on the world on both the stage and the page. Drawing his early influences from the Italian poet Dante and the French philosopher René Descartes he was further inspired by another Irish literary legend in James Joyce when he befriended and worked for him in the late 1920's.

The first part of Beckett's life was about discovering himself and determining his literary style. He served a literary apprenticeship under the wing of James Joyce in the late 1920's as he assisted him by carrying out research for his novel Finnegans Wake, it was not until after WWII that he finally cast off the shadow of Joyce and delved into the abstraction phase of his creative writing.

Fame beckoned during the 1950's with the Molloy trilogy of novels and the highly successful play "Waiting For Godot". Beckett always distanced himself from fame and press attention and even when he was awarded the Nobel Prize for literature in 1969 he declined to receive it personally and instead sent his publisher on his behalf.

In his later years his work took on a more minimalist style with a brevity in words being a key component which he emphasised by being quoted as saying: "Don't look for meaning in the words. Listen to the silences".

Although he was a private man an intriguing insight into his life and thinking was revealed when four volumes of his private letters were published where he went into some detail describing the thought processes behind his writings. Great authors often make great one liners and he was no exception, so here is my compilation of 21 of the best Samuel Beckett quotes

The Dutch painter Bram van Velde was inspired to say: "This friendship with Beckett is the most important experience in my life. He was fully alive for my way of working. What he could express in words, I did with my paintings"

The novelist Anthony Burgess posed this conundrum: "Beckett does not believe in God, though he seems to imply that God has committed an unforgivable sin by not existing"

The playwright Tom Stoppard was quoted as saying: "The prospect of reading Beckett's letters quickens the blood like no other's, and one must hope to stay alive until the fourth volume is safely delivered"

The Irish literary critic Vivian Mercier made this observation: "Though Godot contains all the wit and whimsicality of Murphy (minus a great deal of the old pedantry), it has one new ingredient - humanity .... Its author has achieved a theoretical impossibility - a play in which nothing happens, that yet keeps audiences glued to their seats" 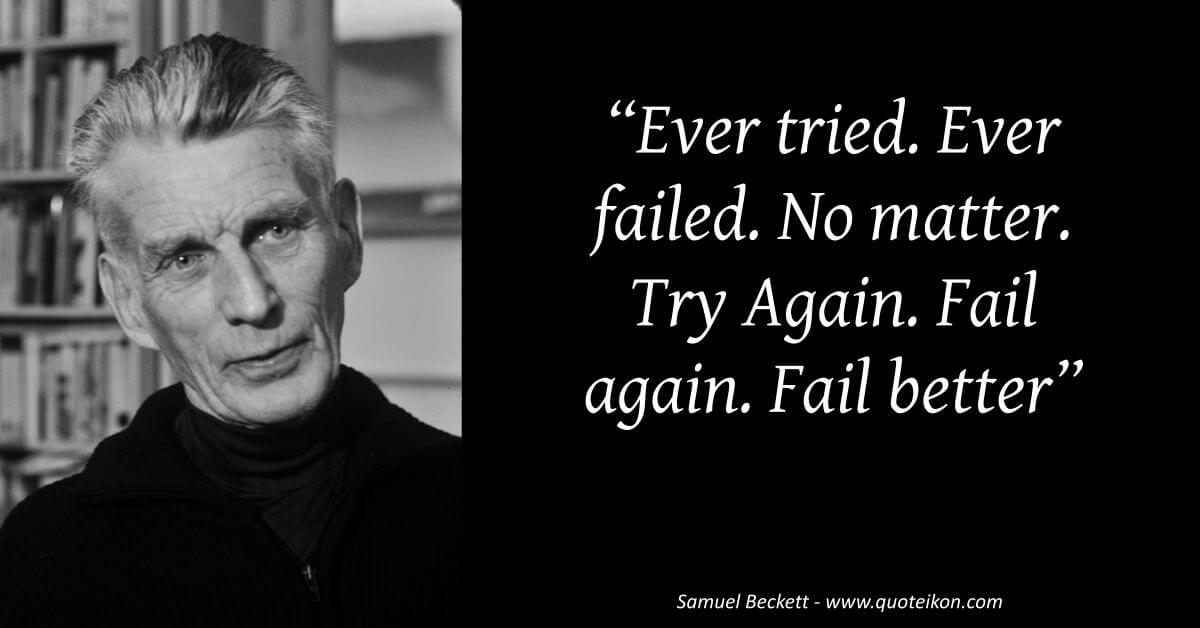