As a major part of the nationalist Russian classical music scene of the late nineteenth century he will be remembered for his many critically acclaimed compositions and the revisionist work he performed on the many unfinished opus by his peers and contemporary composers.

His influence was felt well into the twentieth century as his celebrity pupils carried the torch of alumni from the Saint Petersburg Conservatory where he laboured for decades as an eminent musical educator of the highest order.

A musical education under the critical ear of Rimsky-Korsakov had many benefits for his alumni. He had a neurological condition called synesthesia which gave him the ability to experience two or more senses at the same time. There was speculation that this gave him a cutting edge over his contemporaries and was the reason he was so highly skilled in orchestration. Being a synesthete, he had the ability to associate colours to sounds, meaning he could designate a different colour to each musical key.

The famous conductor Vasily Petrenko made this comparison: "Through his life, Rimsky deserved the right to be radical and not be hammered by the critics. Stravinsky – and Prokofiev a few years later – set out to be radical from the very beginning"

The conductor Vladimir Jurowski sensed the influence Rimsky-Korsakov had on his star pupil Igor Stravinsky: "You hear Rimsky-Korsakov undeniably in all the early works, including The Rite of Spring. In particular I would mention the Symphony in E flat, Funeral Song and, of course, The Firebird"

Stravinsky later mused that music is: "never like Rimsky-Korsakov, which must have troubled that master"

The conductor and former pupil Nikolai Malko talked of his student days: "Rimsky-Korsakov explained everything so clearly and simply that all we had to do was to do our work well"

The Russian music expert Gerald Abraham, shared this thought about the wife of Rimsky-Korsakov, Nadezhda Purgold: "She was responsible for piano arrangements not only for her husband, but for many of his friends in Rimsky-Korsakov, and the influence she exerted on the composer's work is no less than that of Clara Schumann on Robert Schumann"

Musicologist Lyle Neff concurred that the input of Nadezhda was important to Rimsky-Korsakov stating that she: "had a considerable influence on the creation of (Rimsky-Korsakov’s) first three operas. She travelled with her husband, attended rehearsals and arranged compositions by him and others"

Peter I. Tchaikovsky shared this comment in a correspondence with Nadezhda von Meck: "Apparently [Rimsky-Korsakov] is now passing through this crisis, and how it will end will be difficult to predict. Either a great master will come out of him, or he will finally become bogged down in contrapuntal tricks"

The founder of the Saint Petersburg Conservatory Anton Rubinstein was clearly impressed as he thought Rimsky-Korsakov: "might amount to something"

The music critic Harold C. Schonberg wrote a positive review explaining that the Rimsky-Korsakov opera's: "open up a delightful new world, the world of the Russian East, the world of supernaturalism and the exotic, the world of Slavic pantheism and vanished races. Genuine poetry suffuses them, and they are scored with brilliance and resource"

The musicologist Richard Taruskin shared this assessment: "The older he became, the greater was the irony with which Rimsky-Korsakov looked back on his kuchkist days" 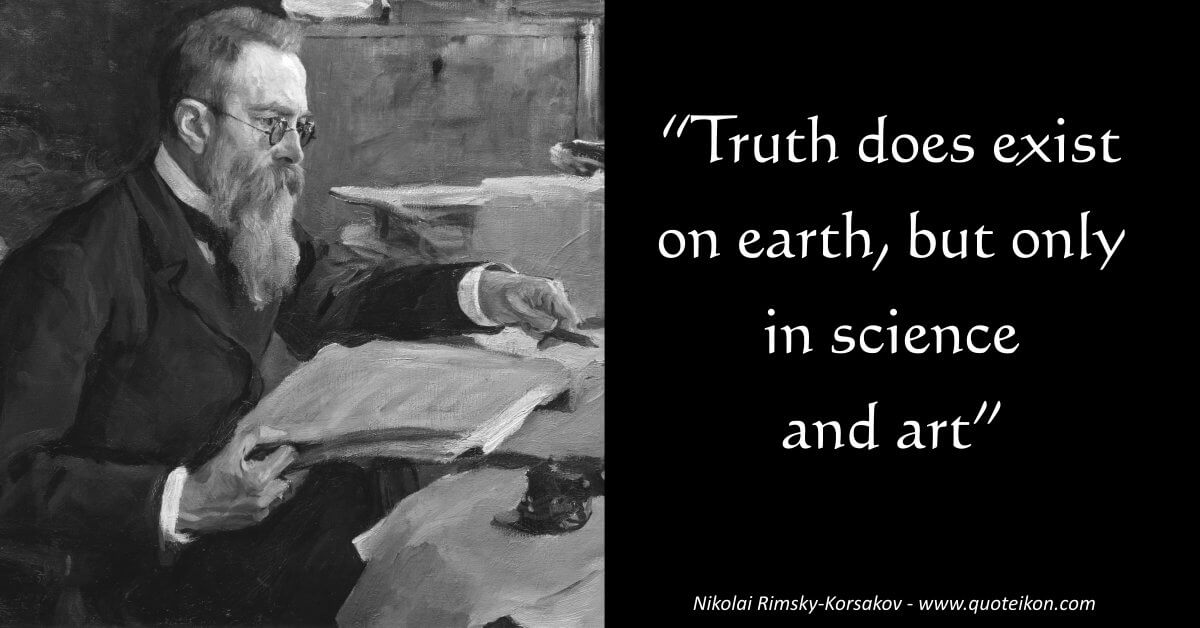