Muammar al-Gaddafi was the charismatic Libyan revolutionary who usurped the reigning monarchy during a 1969 coup d'état and held the reins of power for 42 years until an uprising saw the tables turn where he became the victim of a duplicitous conflict.

Many theories abound as to the "real" reason for the 2011 toppling of Gaddafi's regime but with the emergence of the Hilary Clinton emails the waters have been mudded somewhat with some hypothesis suggesting it was more than likely about the protection of global banking, money and oil against his proposed pan African currency backed by gold.

History will be the best judge of the leader who was famously described in a Ronald Reagan quote as the: "mad dog of the Middle East".

Indeed it could take up to 100 years for mainstream historians to recognise the good he did for his people far overshadows whatever version of treachery he was alleged to have perpetrated.

Before the 1969 "Green Revolution" Libya was one of the poorest countries in the world but within a few years of his reign Gaddafi went about a program of wealth distribution that saw: Free education and medical treatment for all, free water for all, an agricultural program that fed the country, a state owned banking system and a country that was independent and debt free to the west.

Yes it was a dictatorship but the majority of the country benefitted from projects such as housing re-distribution where every family owned their own home free of any rental payments, housing became a right of the people.

Popularly as Colonel Gaddafi he came out with an apt quote about his country: "I have created a Utopia here in Libya. Not an imaginary one that people write about in books, but a concrete Utopia". As mad dogs and Africans go his words were tabloid gold dust, so this is my compilation of 18 of the best Colonel Gaddafi quotes

The Italian politician Mario Borghezio spoke of the economic colonialism that had been perpetrated: "Gaddafi was a great leader, a true revolutionary who should not be confused with the new Libyan leadership swept into power by NATO's bayonets and by oil multinationals"

Hugo Chavez ex-president of Venezuela called him the: "Liberator of Libya, He will be remembered as a great fighter, a revolutionary and martyr"

Carlos the Jackal gushed with glowing respect by stating: "This man did more than all the revolutionaries"

The Ugandan diplomat Sheikh Amir Mutyaba spoke highly: "He died as a hero, Allah will bless him, oil diggers will be punished"

The Pakistani politician Ghinwa Bhutto paid a great tribute: "The way he was martyred on behest of imperialist forces indicates that he was anti-imperialist, brave, courageous and a great revolutionary 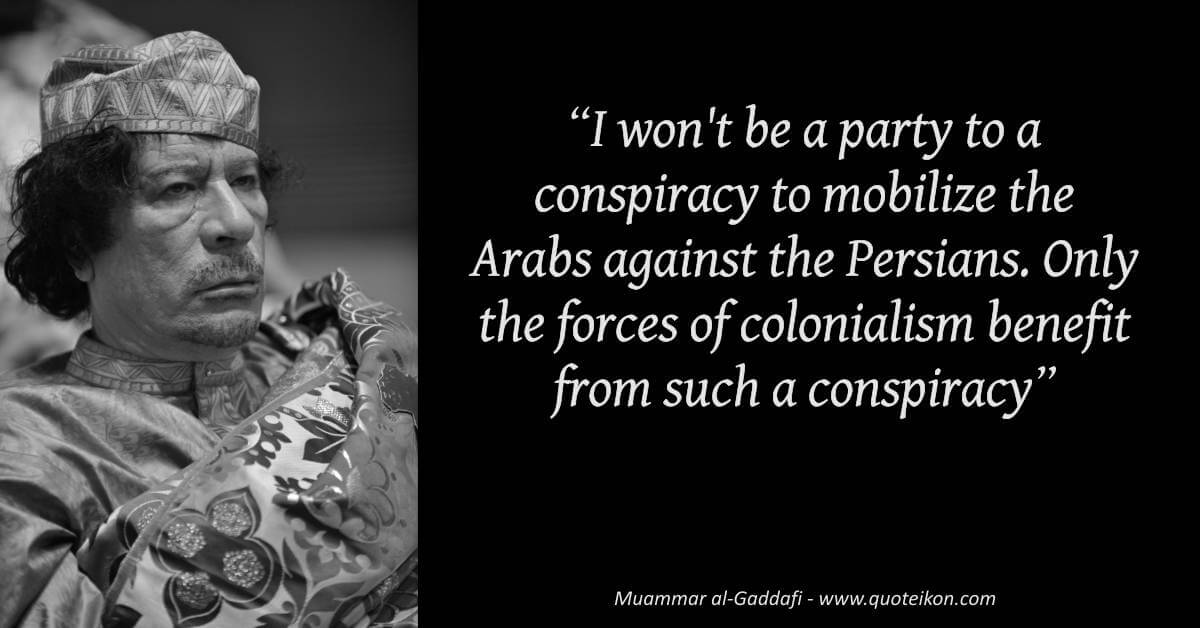