Michio Kaku was born to Japanese parents in San Jose California in 1947 and he excelled academically with a special interest in science that came to the fore when he attempted to create antimatter through a beam of gamma rays at a New Mexico science fair. It earned him an engineering scholarship that eventually led to him graduating from Harvard university.

He spent years researching quantum mechanics and published scores of articles in scientific journals that ultimately resulted in him becoming the public face of science on television and radio. His flowing silver locks make easy viewing on the screen and his efforts to popularise science have proved so successful he has appeared on every major talk show and news channel across the planet.

Add in the many documentaries he has starred in on the Discovery channels, the History channel and the Science channel to name but a few and you can see a populariser of science becoming the most popular scientist on the planet.

Kaku still has a burning ambition to complete Albert Einstein's search for a theory of everything that could explain the whole universe and he encourages young scientists to also take up this challenge.

Reiterating the importance of physics Michio Kaku was quoted as saying: "physicists invented most of the 20th century. So I tell young students that, if they become a physicist, they will join the ranks of some of the most important scientists who have shaped human destiny, with names like Newton and Einstein" in a bid to encourage talented youngsters to take up science.

Researching his talks on everything from quantum mechanics to aliens made it very enjoyable compiling this list of 15 of the best Michio Kaku quotes.

The journalist Alex Moshakis described him thus: "Kaku is a popular scientist. He has a knack for studying today’s trends in order to hypothesise what might come tomorrow – how we’ll live, where we’ll live, whether or not an almighty AI might soon rule over us"

Physicist Chad Orzel insinuated he is a publicity scientist: "Kaku is called by different media organisations to talk about such a wide range of topics that, although he consistently says wrong things about whatever he’s talking about at that particular moment, he’s usually only pissing off one subfield at a time, and the rest of science happily ignores him"

Critic Gerry Gilmore shared this thought: "Theoretical physicists, of whom Kaku is one, are moving into astrophysics and cosmology, enriching the breadth of approaches enormously, as well as library shelf loads"

The psychologist Jerome Kagan wrote this comment: "Kaku is loyal to the late British mathematician Alan Turing’s suggestion that if an observer cannot tell whether an outcome—say, a particular move in a chess game—is the product of a machine or a person, it is reasonable to assume that machines and people rely on the same mechanisms" 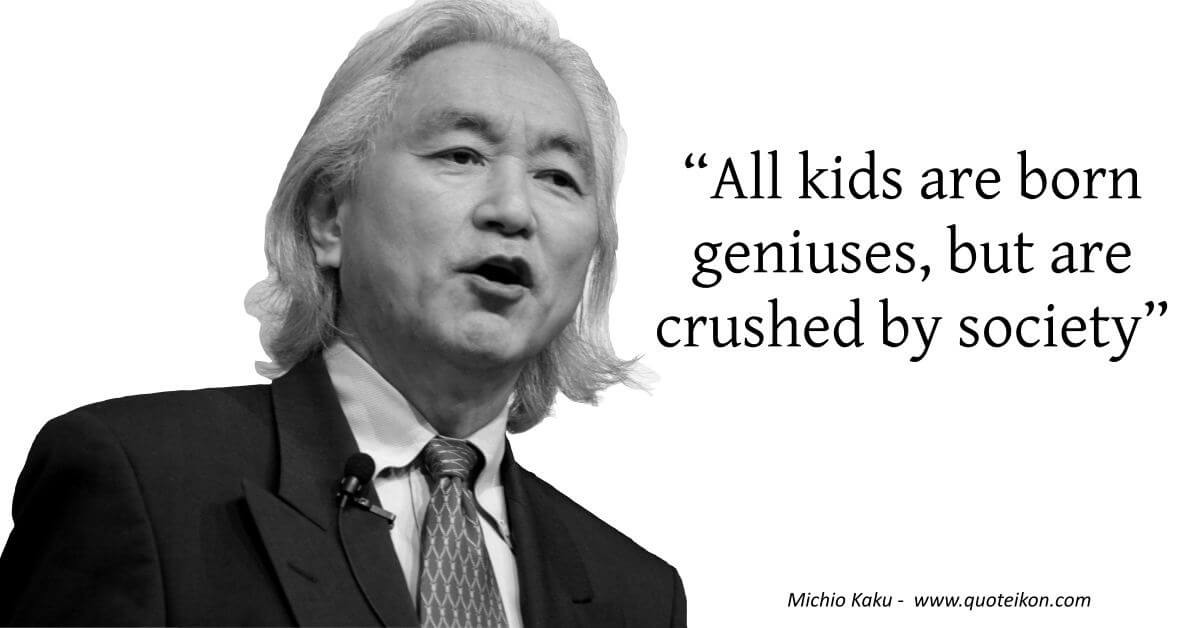