"My name is Michael Caine" was the cockney actors catchphrase that has been immortalised in song, tabloid headlines and talk shows in honour of the acting career of this great British icon of the silver screen.

Caine has come a long way since crashing at the composer John Barry's London abode after being turfed out of his own London flat penniless in the sixties. It was the experience of being broke that instilled a working mindset into the young Michael Caine and when the opportunity to act was given he was there to take it.

After plying his trade on stage and in TV his first big break came in the 1964 movie "Zulu" and he cemented his place in cinematic history with his 1965 role of Harry Palmer in espionage thriller "The Ipcress File" and in the 1966 romantic comedy movie "Alfie" where he played the chauffeur Alfie Elkins. There was a certain irony about Caines big break in "Zulu" as he played Lieutenant Gonville Bromhead, a role as an officer he would never have been given (due to his London accent) had the director been British.

A hard working actor he has appeared in excess of 130 films and I remember his great performances in "Educating Rita" (1983) and "Hannah and Her Sisters" (1986) which were stand out moments for me in his career, but the iconic line from The Italian Job where he screams "You're only supposed to blow the bloody doors off" at his hapless henchmen will stand out forever in my cinematic memory.

Another Michael Caine quote that gets trotted out incessantly is "Not a lot of people know that" after he has conjured up a fascinating fact that he has learnt along his merry way in life.

For an actor who has reached the milestone of 100 plus movies there has been a lot of quality, Caine is one of the few actors that have been nominated for an academy award in 5 consecutive decades, no small feat when you consider his peers for the same recognition are none other than Laurence Olivier and Meryl Streep.

I could trot out all the great movies he has been in but it is better to admire the man who has never forgotten where he came from. Against all the odds and against the most solemn advice he kept his working class cockney accent in a show of defiance that is worthy of portrayal on the silver screen he has scored a century-plus of movies on.

Character, that is the essence of Michael Caine and good characters on screen give meaning to their script that audiences can relate to. They are also quite fond of great one liners so here is my compilation of 20 of the best Michael Caine quotes.

The actor Gary Oldman was impressed to say: "Watching Michael Caine work, as Alfred, was a great lesson for me. Just focus, concentration. He has this emotional scene; I'm kidding you not. It was tears and the whole thing. And it's, 'Take one'. He got it. 'Take 2', got it. 'Take three', got it. He's just on the money. Every single time. It's just extraordinary. You get inspired by it"

The Hollywood legend John Wayne gave him this advice when they met briefly in the lobby of the Beverley Hills Hotel: "You’re gonna be a star, kid. But if you want to stay one, remember this: talk low, talk slow, and don’t say too much"

The actor Peter Sellers did a wonderful parody of Michael in 1972 on The Parkinson show: "Not many people know that. This is my Michael Caine impression. You see, Mike's always quoting from the Guinness Book of Records. At the drop of a hat he'll trot one out. 'Did you know that it takes a man in a tweed suit five-and-a-half seconds to fall from the top of Big Ben to the ground?' Now there's not many people who know that" 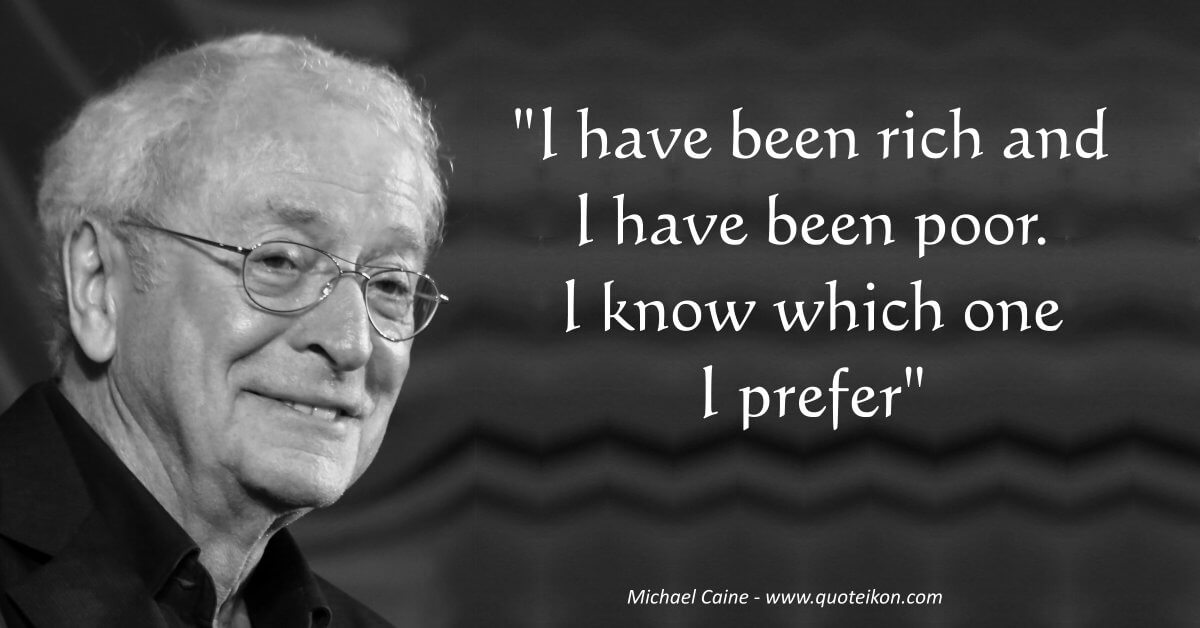 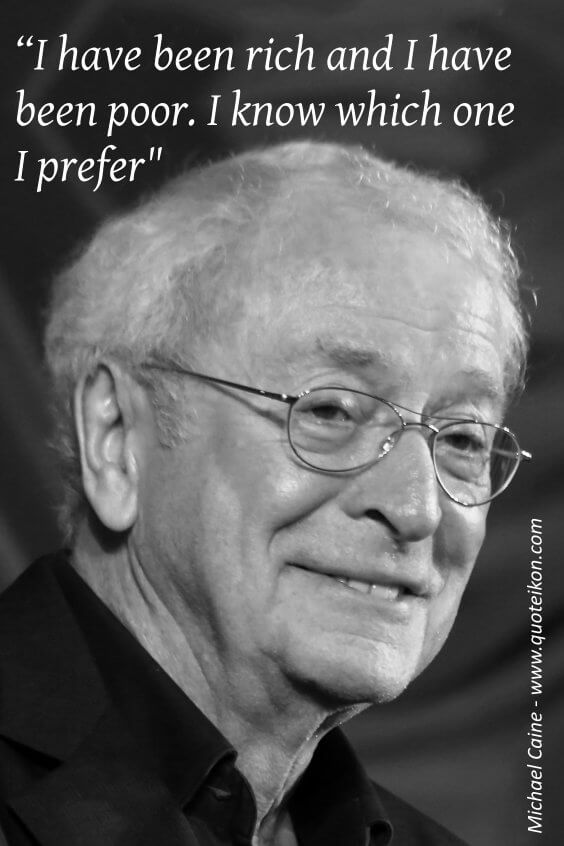