Luigi Pirandello was born into a wealthy Sicillian family who owned and operated sulphur mines. Although encouraged to join the family business he declined so he could further his studies at the University of Bonn and it was his time in Germany that had a major influence on his thinking which translated into the literature he was to write.

He duly received his doctorate in philosophy but it was an education that provided more questions than answers as he immersed himself in the concepts of reality and illusion. The dramatist in Luigi Pirandello would explore realism in his plays that were at first misunderstood and later recognised as masterpieces of modern drama.

His characters were marvellously witty with lines that provoked thought but delivered laughter. Pirandello wrote his first novel L'Esclusa (The Outcast) in 1894 and in 1904 he published what was to become his most successful novel Il Fu Mattia Pascal (The Late Mattia Pascal).

Remarkably he never penned a play until he was 45 years of age but the 1920's proved to be a prolific time with the bulk of his plays flowing from the pen of his imagination during this decade.

Pirandello described himself as apolitical but he relished his relationship with the Fascist dictator Benito Mussolini who by the very association helped to promote his work to a worldwide audience. During the 1920's alone his plays were translated into 15 languages such was the appreciation of his body of work.

Philosophers and poets give meaning to questions and they rarely disappoint when it comes to accumulating their best quotes; So here is my compilation of 18 of the best Luigi Pirandello quotes

The author Colin Wilson concurred with his philosophy: "As Pirandello points out, we take happiness for granted, and only begin to question life when we are unhappy"

The French author Denys Amiel felt the liberties Pirandello brought to the theatre: "He stylised the mystery which roams through life and which gives rise to so many hypotheses... He appealed to the collaboration of the publics intelligence, he took the public for what it is: an advanced being and not a child" 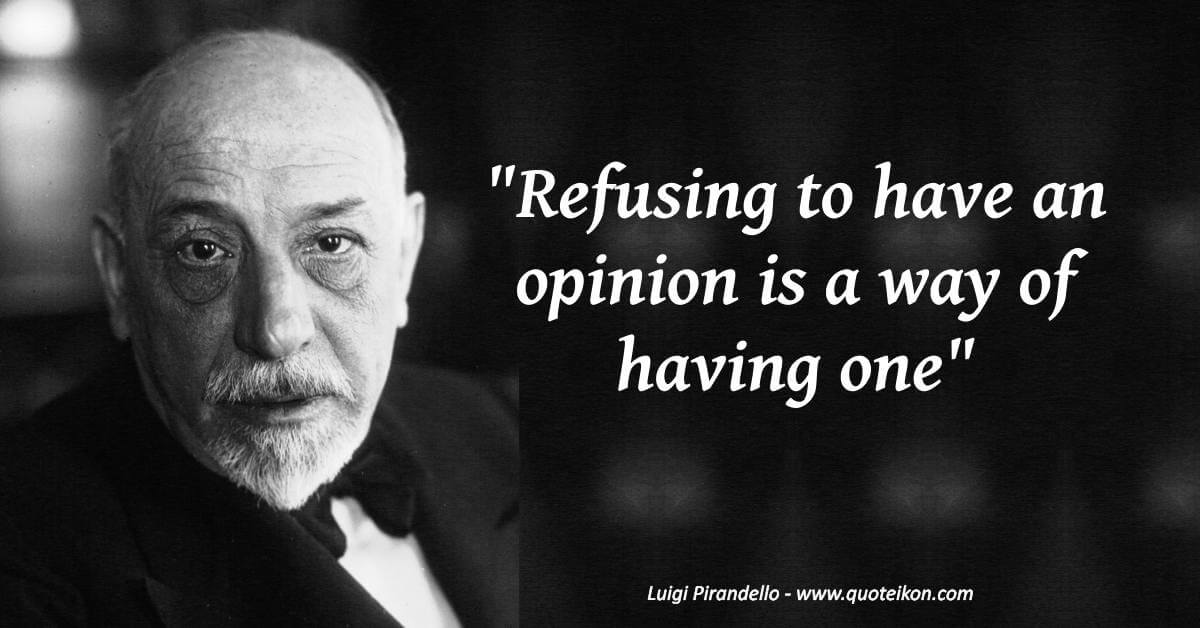