When your father is Vincente Minnelli a double Academy Award winning director for Best Picture and your mother is Judy Garland the internationally acclaimed Oscar winning actress with the silken vocal range of a contralto then the shadow of success that they cast would be difficult to emulate but Liza Minnelli had the talent and the resolve to rise to challenge to meet it full on and duly delivered her own best actress Academy Award in 1972.

When she received her Oscar for the role of Sally Bowles in "Cabaret" she became the first person to win an Oscar whose both parents have also been awarded Oscars, this is a unique accomplishment that to this day no one else has achieved.

Liza came from a family steeped in entertainment history as her paternal grandfather was a musical conductor in the theatre and her maternal grand parents were both vaudevillians who ran their own theatre.

The thespian history went back further than that as she traced the family tree and Liza Minnelli was quoted as saying: "My family's been in show business since the 1700s. I traced them. I'm bred to this. Like a racehorse. A thoroughbred. Look at my parents, my God".

Liza grew up in the whirl of limelight generated by her mother living in Hollywood one week and New York the next, it was a celebrity life style which she acknowledged as being: "tremendously interesting childhood years - except they had little to do with being a child".

Her god mother was the author Kay Thompson who wrote the Eloise series of best selling books that have often been cited as using the young Liza as the inspiration behind the child staying at the Plaza Hotel in New York. She may have been the daughter of Judy Garland but she made her own name as an acclaimed singer and actress whose list of awards is the source of envy for many established Hollywood and Broadway stars.

Having spent a lifetime in the glare of the public eye she has come through every obstacle put in her way to become an icon of the silver screen and stage. She was good for a wise cracking one liner also so here is my compilation of 15 of the best Liza Minnelli quotes

After she collected the 1972 Best Actress Academy Award, Marlene Dietrich talked defiantly about her maternal comparisons saying: "I'm annoyed when people keep comparing her to her mother. She's nothing to do with her mother. She's a completely different woman. The film "Cabaret" is a great hit for her and that's all one wants"

The critic Ben Brantley was moved say this about her thespian honesty: "Her every stage appearance is perceived as a victory of show-business stamina over psychic frailty. She asks for love so nakedly and earnestly, it seems downright vicious not to respond"

The movie critic Roger Ebert described her performance in "Cabaret" as quite riveting: "Liza demonstrates unmistakably that she's one of the great musical performers of our time. But the heartlessness and nihilism of the character is still there, all the time, even while we're being supremely entertained" 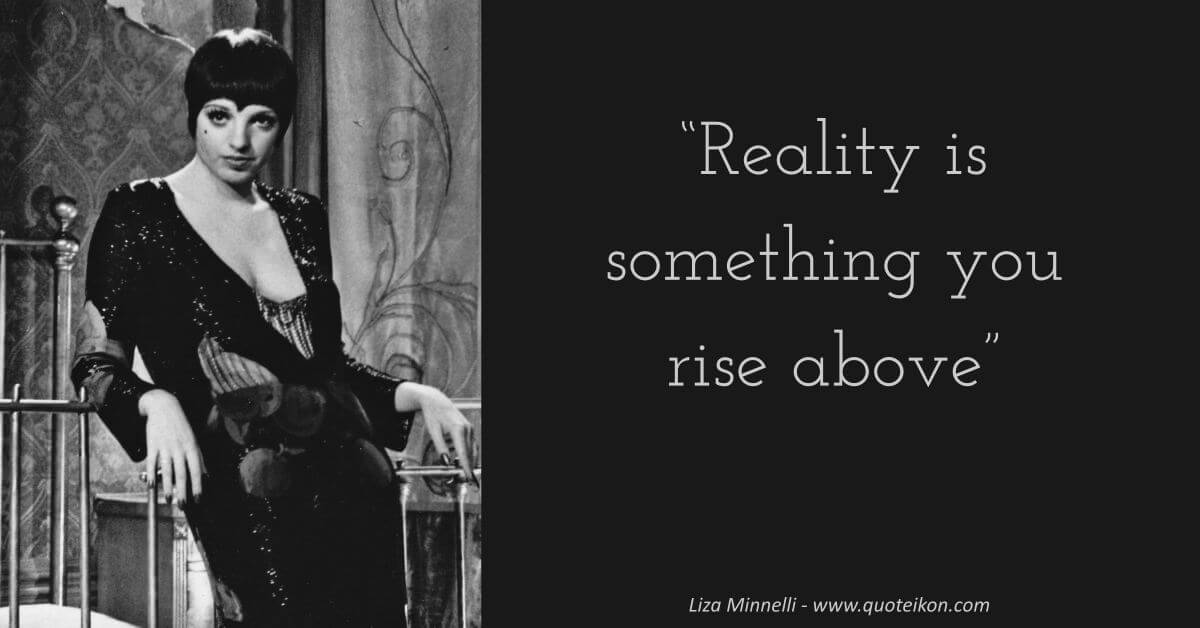