The road to fame for Liam Neeson was one of gradual procession from the theatres of Belfast and Dublin where eventually his acting prowess was spotted by the director John Boorman who offered him a role in his upcoming 1981 movie "Excalibur" and the stage was set for the boy from Ballymena to act his way to the top of his profession as a leading man in Hollywood.

Neesons list of big box office movies is impressive from his nominated academy award role in "Schindler's List" to the star studded "Gangs Of New York" with a galactic trip in "Star Wars" all the way to his "Taken" trilogy it has shown the versatility of this talented actor.

His distinctive gravelly voice is much in demand as a narrator and for animated characters where he played the voice of Aslan in the "Narnia" film series.

Great actors also crack some great one liners and when they are at the top of their game their words are given extra meaning as everyone wants to hear what they have to say. So here is my compilation of 17 of the best Liam Neeson quotes

The actress Helen Mirren looked back on their relationship with fond memories: "We didn’t date, we lived together for four years. We were a serious item for a while. Lucky me!"

Neeson once called U.S. gun laws a "disgrace" which prompted a U.S. gun manufacturer to issue this statement: "We will no longer provide firearms for use in films starring Liam Neeson and ask that our friends and partners in Hollywood refrain from associating our brand and products with his projects" 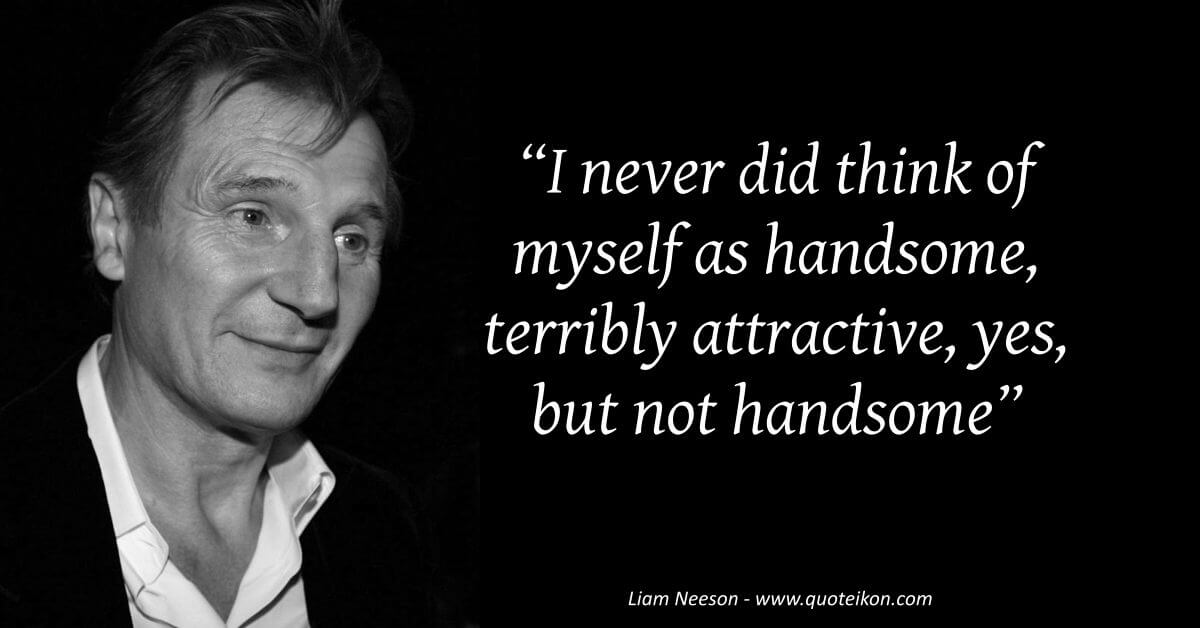