Over the years Helen Mirren has played some remarkable roles from royalty to prostitutes and from police detectives to villains and assassins. Her acting versatility coupled with her screen and stage presence have seen her forge a career that most Hollywood actresses could only dream about.

Yet she has kept a humbleness and understanding of the human side of life that is quite alien to most who have so successfully navigated the world of the thespian. Many reach a pinnacle in their acting career but few have the necessary skills to stay there like Helen Mirren has.

Mirren is from Russian descent and she had a very famous ancestor with her great, great, great grandfather being the decorated Russian soldier field-marshal Kamensky who became a Russian hero during the Napoleonic wars. She had a last name that sounded more like a vodka than an west London girl until in the 1950's her father changed their Russian surname from Mironoff to the more English sounding Mirren.

Although she has played a wide range of roles on screen she was particularly adept at depicting royalty as she has been cast to play a Queen in 6 different movies. Helen could be classed as acting royalty also as she is one of only 17 actresses who have conquered the movie, television and stage worlds by winning an Oscar, Emmy and Tony award for best actress. Top actresses are never short of a good one liner, so this is my compilation of 15 of the best Helen Mirren quotes

Liam Neeson was candid about their meeting on set: "Can you imagine riding horses in shiny suits of armor, having sword fights and stuff, and you’re falling in love with Helen Mirren? It doesn’t get any better than that"

The actress Samantha Bond described her thus: "There are not many sex symbols who can really act, but Helen is definitely one of them"

The playwright Alan Bennett summed her up nicely: "She's a formidable lady, but very nice, she knows her own mind"

The talk show host Michael Parkinson once described her as the: "Sex queen of the Royal Shakespeare Company"

The Bollywood star Om Puri spoke about working with her: "I have done more than 250 films, but Helen Mirren was making me a bit nervous before I met her, but when I met her, she made me feel so comfortable and relaxed" 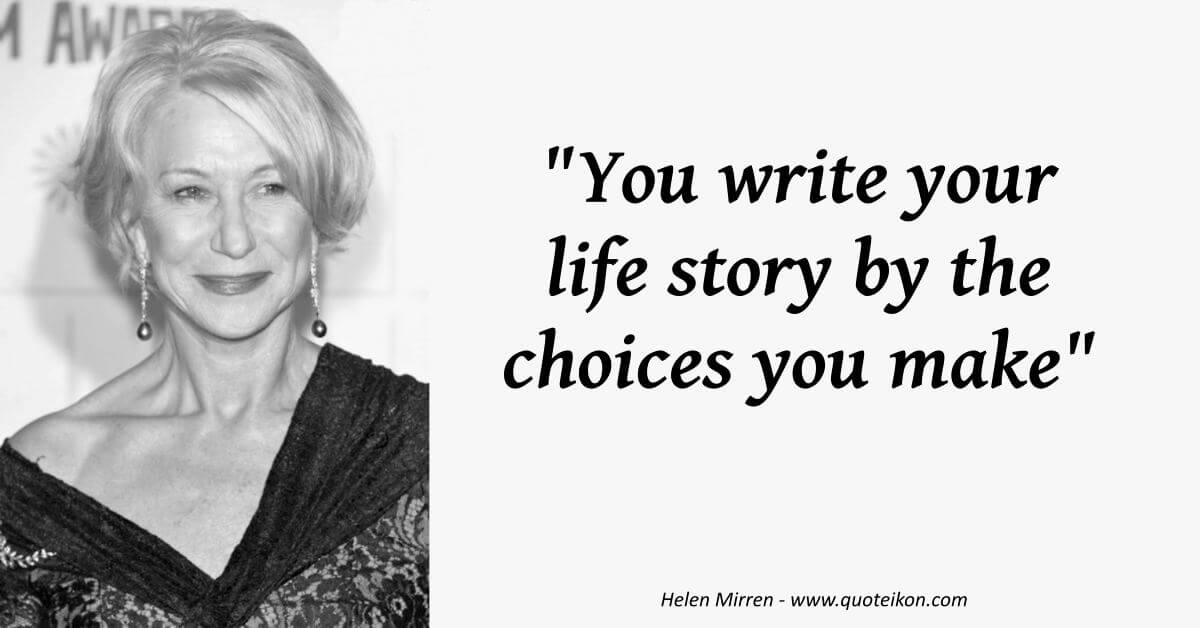