Les Paul is renowned as one of the early pioneers of electronic music and he is world famous in the music industry for creating the Les Paul electric guitar. A natural musician from an early age he progressed through several instruments and created his first invention while he was still a teenager by making a neck worn harmonica holder.

His early career was steeped in country music but he earned his musical stripes on the jazz scene. Les Paul first mooted the idea of a solid body electric guitar to the Gibson Guitar Corporation in 1941 and he was rebuked, in a twist of irony Gibson came back to him when a competitor Fender starting selling them in 1950.

He met and married a singer called Mary Ford and they recorded a string of hits together through the 1950's. After his 2009 death a plethora of rocks finest came out to pay tribute to the revolutionary ways he influenced the music business throughout his lifetime.

Les Paul is the only person to be featured in the National Inventors Hall of Fame and the Rock and Roll Hall of Fame and with such greatness and talent often comes fantastic one liners with real meaning, so here is my compilation of 10 of the best Les Paul quotes

He inspired the rock and roll legend Jeff Beck: "I've copied more licks from Les Paul than I'd like to admit"

The guitarist Slash paid tribute: "He was one of the most stellar human beings I've ever known"

U2 guitarist The Edge was impressed to say: "His legacy as a musician and inventor will live on and his influence on rock and roll will never be forgotten"

Terry Stewart the president of the Rock and Roll Hall of Fame got straight to the point: "Without Les Paul, we would not have rock and roll as we know it. His inventions created the infrastructure for the music and his playing style will ripple through generations. He was truly an architect of rock and roll"

The guitarist Joe Satriani called him: "The original guitar hero.... Les Paul set a standard for musicianship and innovation that remains unsurpassed" 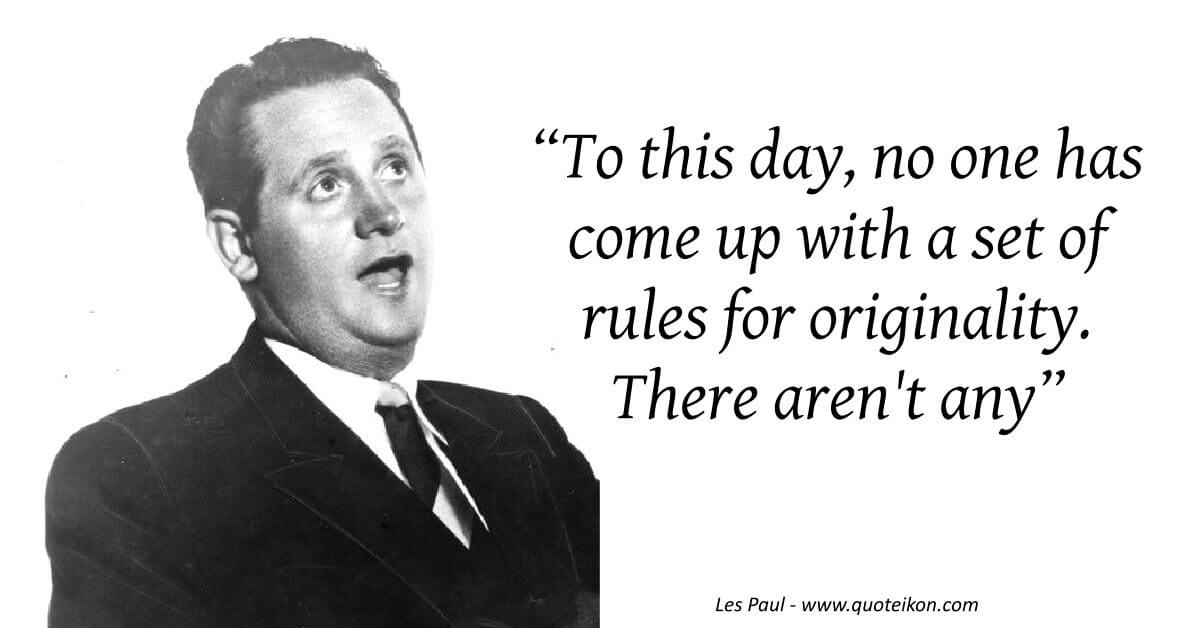