Leo Sayer rose to fame in the early 1970's with his soft rock style notching up an impressive first seven hit singles all reaching the U.K. top ten. Curiously enough his then manager Adam Faith had also previously achieved the same feat with his first seven singles reaching the top 5 in the U.K. charts.

Leo Sayer's first raised ripples on the U.K. music scene by co-writing songs with David Courtney which included Roger Daltry of The Who fame gaining his first solo hit in 1973 with "Giving It All Away" which reached the heady heights of No 5 in the U.K. charts. Daltry would never achieve a higher chart position during the rest of his solo career.

For a decade Leo Sayer rode the crest of a successful pop wave until divorce and financial difficulties were exposed leading to lawsuits against his own management team. 2006 was to see the resurrection of Sayers career gaining a No 1 hit with the remix "Thunder In My Heart Again".

By this time Sayer was living in Australia and he officially became an Australian citizen in 2009. Various tours and TV show appearances kept Sayer busy and with the 2015 release of his latest album "Restless Years" proving popular Leo Sayer then celebrated with a 40 Years At The Top concert in Singapore. These days Leo is still going strong with a tour planned in 2020 and he's still good for a quick quip or two, so this is my compilation of 15 of the best Leo Sayer quotes

What Elvis Presley said to Leo backstage: "You Make Me Feel Like Dancing. I love that song, man! Michael [Elvis security personnel] has been looking after you. I hear you’re a great guy. And you need to come over to Graceland"

Loenard Cohen spoke about melodic comparison: "I once had that 'nicking' happen with Leo Sayer. Do you remember that song 'When I Need You'? Somebody sued them on my behalf … and they did settle'. They hired a musicologist, who said, that particular motif was in the public domain and, in fact, could be traced back as far as Schubert" 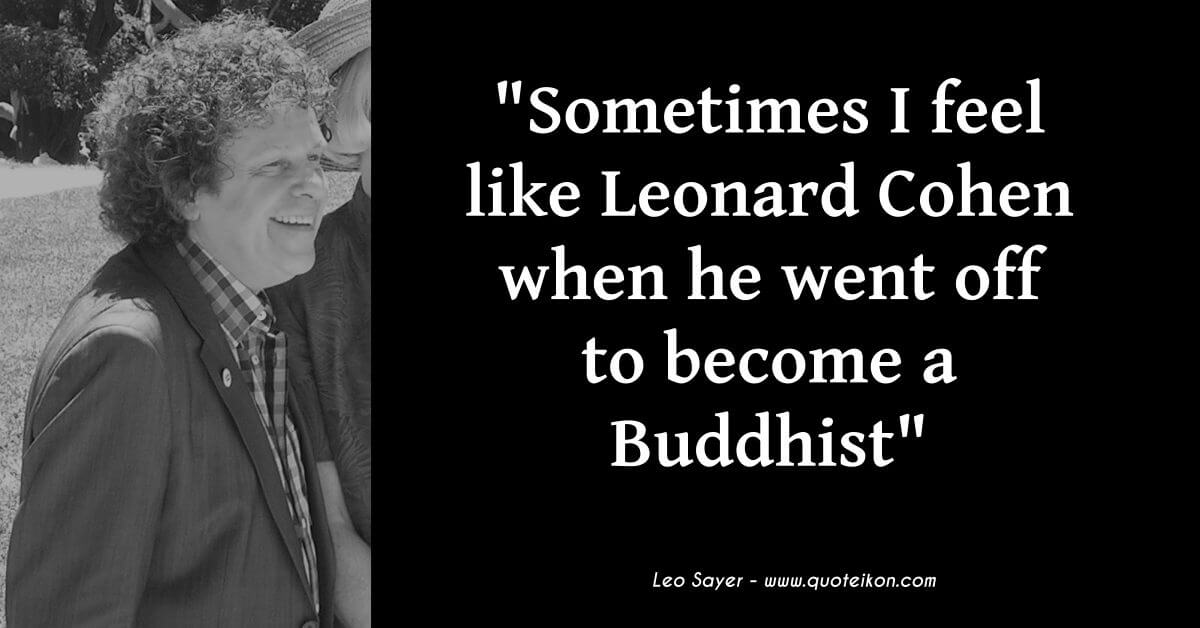