Kevin Spacey drifted through school after school until his friend Val Kilmer recommended him to join the Juilliard school of performing arts in 1979.

It was here in the midst of a teacher student argument where he thought the teacher did not like him he suddenly had a moment of clarity when the teacher raged; “You big idiot! You think I don't like you because I'm tough on you? Don't you realize that I'm hard on you because I happen to think you are one of the most talented students I've ever seen? But you’re also the laziest!”. As the red mist cleared he realised he did have a talent but he had to work at it and hone those skills.

It was a humbling experience for him but it was a good lesson learned. He left Juilliard after two years but Juilliard never left him as he started his career slowly building up the roles by working hard and learning along the way. Kevin had been inspired by many greats of the silver screen including; Al Pacino, Henry Fonda, James Stewart, Jason Robards, Spencer Tracy and his long time friend and mentor Jack Lemmon who he idolised.

Jack Lemmon also recognised the talent in Spacey and the rest of the movie watching world were soon to learn this, after all how many actors have a list of awards including 2 Oscars, 1 Golden Globe, 1 Emmy Award, 1 BAFTA and 1 Tony Award. Although a versatile actor Spacey has a tendency to be cast in villainous roles and his adeptness to play these nefarious characters has won him much critical acclaim.

In recent years there have been a number of historical accusations of inappropriate behaviour which have derailed his career somewhat, and although nothing has been proven in a court of law (as yet) it would appear that the judgement of the kangaroo court of social media and Hollywood has been made against Spacey, for now.

Great actors tend to let their thespian art do the talking and although he always tried to keep a barrier between his professional and personal life he has still came out with some great one liners so this is my compilation of 22 of the best Kevin Spacey quotes.

"The screenwriter Paul Schrader raised an olive leaf with his comment: "Spacey should be punished for any crimes his actual person created. But not for art. All art is a crime. Punishing him as an artist only diminishes art. Put Celine in jail, put Pound in jail, punish Wilde and Bruce if you must, but do not censor their art"

"The actor Anthony Sher rued the fallout of the alleged scandal surrounding Spacey: "He's an absolutely tremendous actor and if, I guess, in the past we have forgiven people's personal weaknesses it's a tremendous loss to acting"

The actress Judi Dench was hinting at a witch hunt: "Are we to go back throughout history and anyone who has misbehaved in any way, or who has broken the law, or who has committed some kind of offence, are they always going to be cut out? Are we going to extrude them from our history?"

The director Ridley Scott described working with Kevin: "I got on very well with him. He’s a very good actor, great fun to work with"

However, Ridley Scott was ruthless when he erased Spacey from his movie 'All the Money in the World': "Whatever you do in private is not my business. It only becomes my business if it infects the business that I’m in. Then it’s my duty to do something about it"

The veteran Italian director Bernardo Bertolucci took the opposite view: "When I learned that Ridley Scott had agreed to eliminate the scenes of 'All the Money in the World' in which Kevin Spacey was playing, I sent a message to editor Peter Scalia to tell Scott that he should be ashamed. And then I immediately wanted to make a film with Spacey" 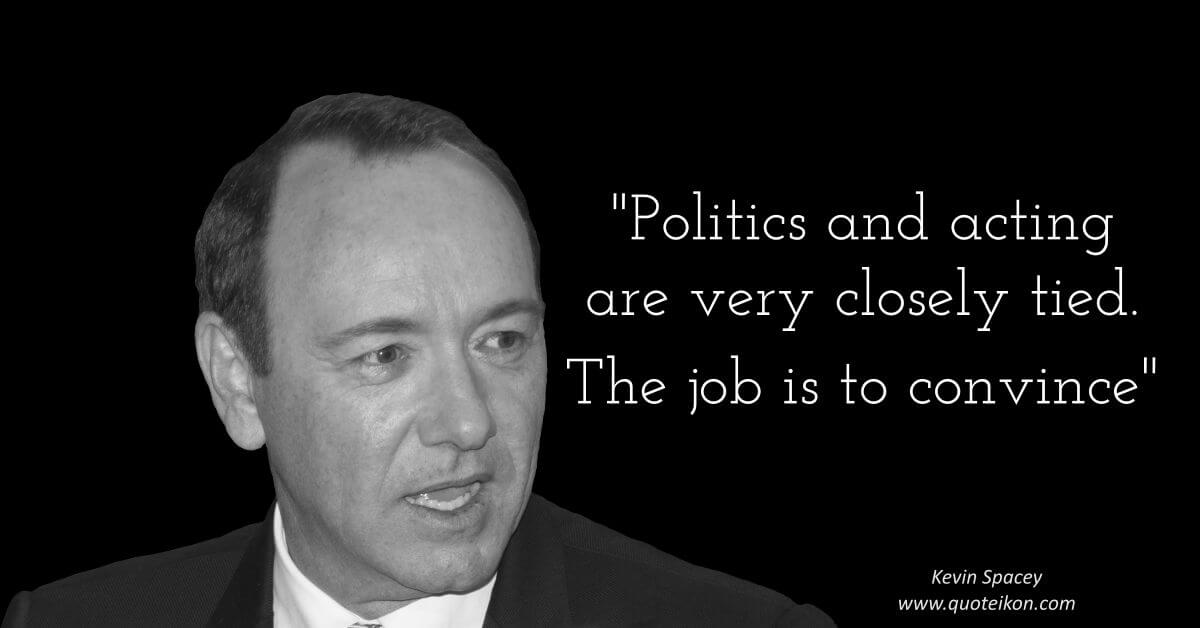