Kenny Rogers is the Texas boy who went from leaving school head long into a career that has spanned seven decades and saw him selling a mouth watering 120 million albums worldwide. There have been awards aplenty with his 3 Grammy awards proudly topping off a list including every single Country award imaginable.

Hits like 'The Gambler', 'Islands In The Stream', 'Lucille' and 'Coward Of The County' have made Rogers into a legend that has sold out arenas all over the globe. His acting career boasts a plethora of movies and TV roles including the character Brady Hawkes whom he played in the movie 'The Gambler' that spawned a further three sequels.

As a passionate photographer he has published 2 books in the 1980's 'Kenny Rogers' America' (1986) and 'Your Friends and Mine' (1987). In 2012 he became a best selling author topping The New York Times best sellers list with his autobiography, 'Luck or Something Like It - A Memoir'.

I'm unsure about the 'luck' part because Kenny has proven himself time and time again to be a multi talented individual who has excelled in every environment he has chosen to participate in. Great talents make great one liners and they are given extra meaning because of the platform they have risen to, so this is my compilation of 16 of the best Kenny Rogers quotes

Dolly Parton spoke of the spontaneity between them: "There was just something about mine and Kenny's chemistry with each other. Our friendship. People really sensed what we really feel"

Dolly Parton on why she and Kenny clicked so well: "We're really good friends. And we're so much alike. We know the same people. We laugh at the same kind of jokes. I tell jokes and I tell him not to tell that I told the joke"

The music producer Larry Butler on how he coaxed Rogers into recording 'The Gambler': "Kenny, I got a funny feeling', I got a feelin' that if you do this you will become 'The Gambler'"

The author Paul Hemphill described his musical success: "Like Ray Charles, Kenny can take the right song and countrify it so successfully you'd swear he'd been working roadhouses his entire life. Most musicians saty in one genre or another .... but Ray and Kenny transcend that. They are superstars because of it"

The librettist Bruce Burch described why songwriters loved him: "He made careers. Songwriters were running over themselves to get songs like 'The Gambler' and 'Coward Of The County' to him" 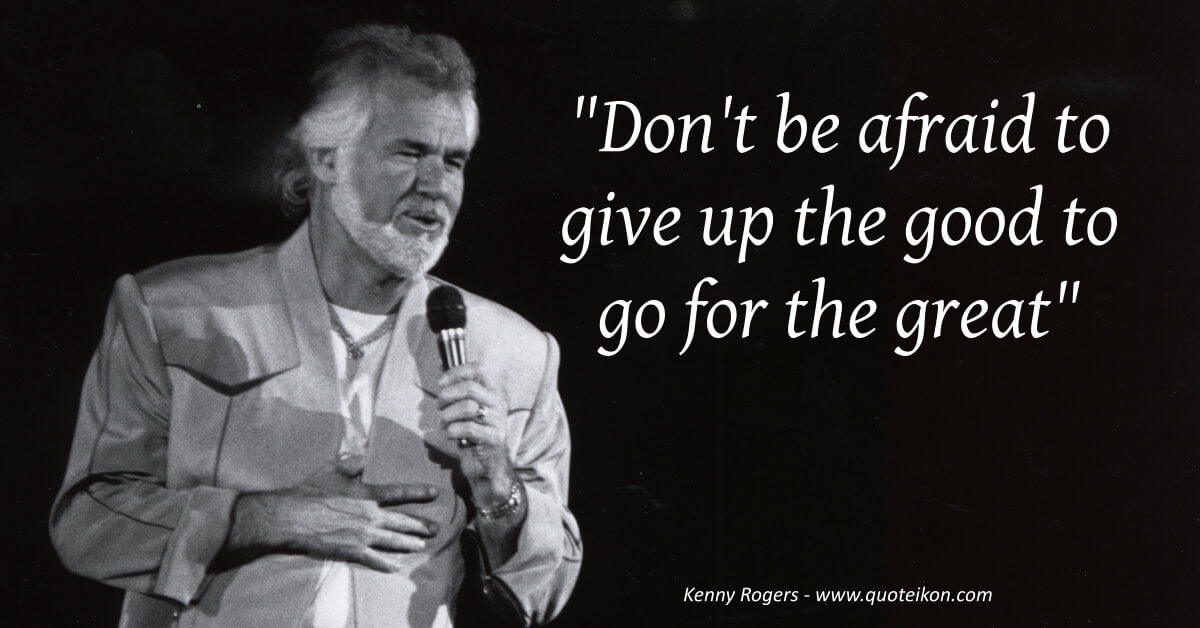