Keith Relf will always be remembered in glowing terms as a singer, guitarist, and harmonica player with the band The Yardbirds. Relf was a founder member of The Yardbirds who were a cover band initially but later became famous with a number of top ten hits throughout the sixties.

The Yardbirds line up changed quite a bit and they sported an A-list of guitarists with Eric Clapton, Jimmy Page and Jeff Beck all wielding the axe for the band.

The Yarbirds broke up in 1968 and Relf formed a few more bands but never again was he to rise to the heights of The Yardbirds former glory years.

He died in tragic circumstances when he was electrocuted while playing his guitar at his London home in 1976. Another star who is gone but never forgotten so this is my list of 8 of the best Keith Relf quotes.

Jim McCarty drummer in the Yardbirds once said of his band mate: "Keith was a little bit strange. But he wasn't a hellraiser. He drank a bit in the early days 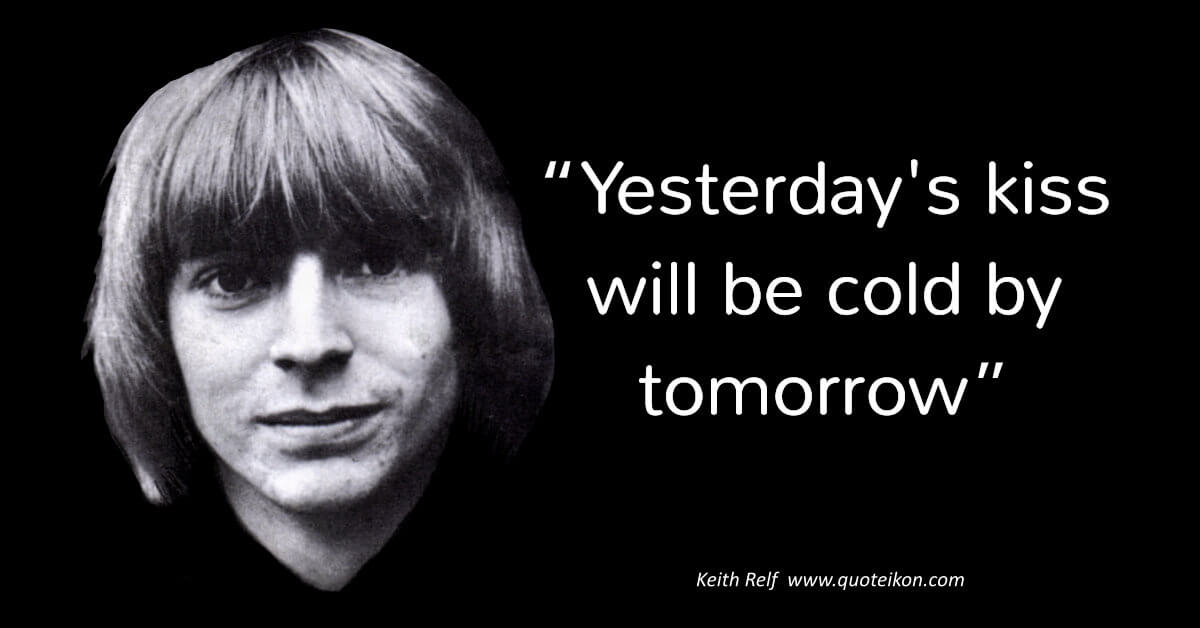