Eric Clapton has enjoyed an outstanding musical career spanning six separate decades and he has been hailed as one of the most influential guitarists of all time.

Clapton's first success came with The Yardbirds who he joined in 1963 but he left on the same day their first major hit was released "For Your Love" in March 1965 citing the bands musical direction as the reason for the fall out. In 1966 he formed the band Cream with Jack Bruce and Ginger Rogers and it has since been billed as one of the early super groups.

Cream enjoyed great success with hits such as "Sunshine of Your Love" and "White Room" in 1968, they were commercially successful and in the same year completed a sell out tour of the U.S. His next band was Blind Faith that was formed in 1969 with Ginger Baker, Steve Winwood and Ric Grech. This was a short lived group that released one LP and played a sell out tour during its seven months of existence.

Next up for Clapton was Derek And The Dominoes and during this period of his career he met and fell in love with Pattie Boyd the wife of George Harrison of the Beatles fame, however at this point Pattie spurned him. This inspired Clapton to write Layla about her and she later left Harrison and married Eric.

After the demise of the Dominoes Clapton pursued his solo career that has so far seen him awarded 18 Grammy's, 4 Ivor Novello Awards and a Brit Award for Outstanding Contribution to Music. Eric has sold more than 130 million records worldwide and he has been inducted into the Rock and Roll Hall of Fame on 3 occasions: As a solo artist (2000), with Cream (1993) and with The Yardbirds (1992) making him the only artist to be inducted 3 times

As one of the greatest rock and blues performers his style and influence has left an indelible mark onto the history of rock and roll. He was good for a one liner also so here is my compilation of 15 of the best Eric Clapton quotes

B.B. King was complimentary with his description: "This guy sings like he was born down below Mississippi"

Queen guitarist Brian May described him thus: "His fingers are directly wired to his soul" 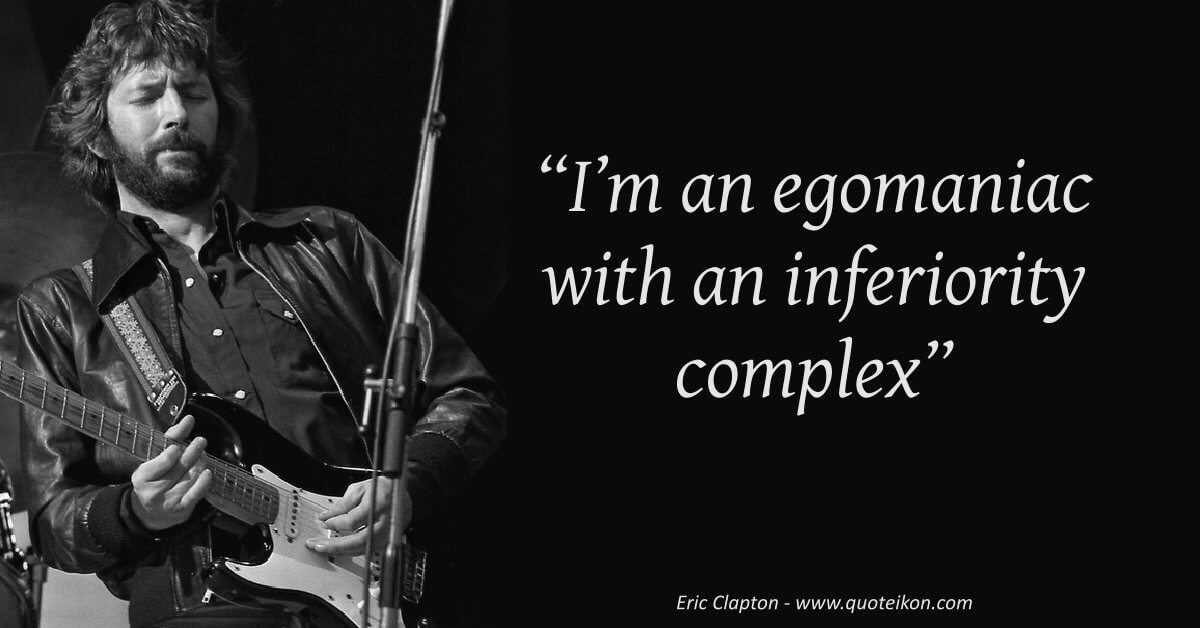