Orson Welles once quipped that "the classy gangster was a Hollywood invention", well if it was maybe he had not yet met Joey Gallo. Gallo was as sharp tongued as they come and he successfully charmed his way into the upper echelons of New York society.

In 1958 he was summoned to Washington to testify to a select committee about organised crime, however Gallo declined to answer questions and his visit became more notable for him informing Robert F. Kennedy that he had a fine carpet that would be good for a Crap (dice) game.

Heralding from the mean streets of Brooklyn he became a hero to many and editorial gold dust to tabloid editors, however his style was not appreciated by all and in true New York gangster style he died in under a hail of gun fire in a Little Italy eatery on the morning of his 43rd birthday.

As you would expect from a New York wise guy he was never short of a quick quip or two, this is my compilation of 14 of the best Joey Gallo quotes

Sina Essary described Joey after his 1971 release from prison: "He looked like an old man. He was a bag of bones. You could see the remnants of what had been a strikingly handsome man in his youth. He had beautiful features--beautiful nose, beautiful mouth and piercing blue eyes" 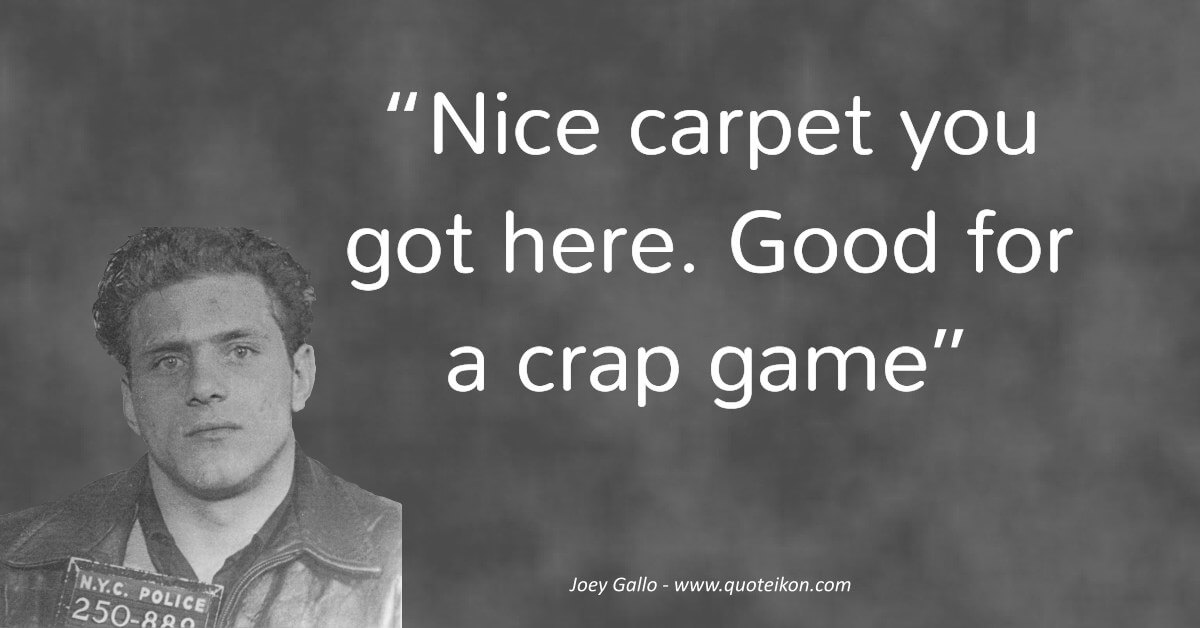