Jo Ann Robinson languishes as an unsung heroine of the American civil rights movement despite the enormous contribution she made towards gaining equal rights for all Afro Americans.

Eighteen months before the arrest of Rosa Parks that sparked the Montgomery bus boycott Jo Ann Robinson had wrote to the mayor of Montgomery threatening a bus boycott if the racial segregation was not stopped on the bus system.

On the night of Rosa Parks arrest Robinson sprang into action printing 35,000 flyers that spread the word about the bus boycott she and other members of the Womens Political Council (WPC) had planned for so long. The Montgomery bus boycott lasted 381 days and became the first successful example of mass non-violent protest in the United States.

As it became clear that the boycott was going to be successful more prominent names from the history of black American civil rights such as Martin Luther King Jr. joined and he became the public face of the campaign which was the springboard that launched his political career.

Although Jo Ann Robinson was one of the main organisers of the boycott she remained behind the scenes which explains her low profile in terms of being credited with the boycott's success. As you can expect from someone brave enough to organise this monumental protest she was great for a one liner also, so this is my list of 8 of the best Jo Ann Robinson quotes

Martin Luther King appreciated her input: "Apparently indefatigable, she, perhaps more than any other person, was active on every level of the protest" 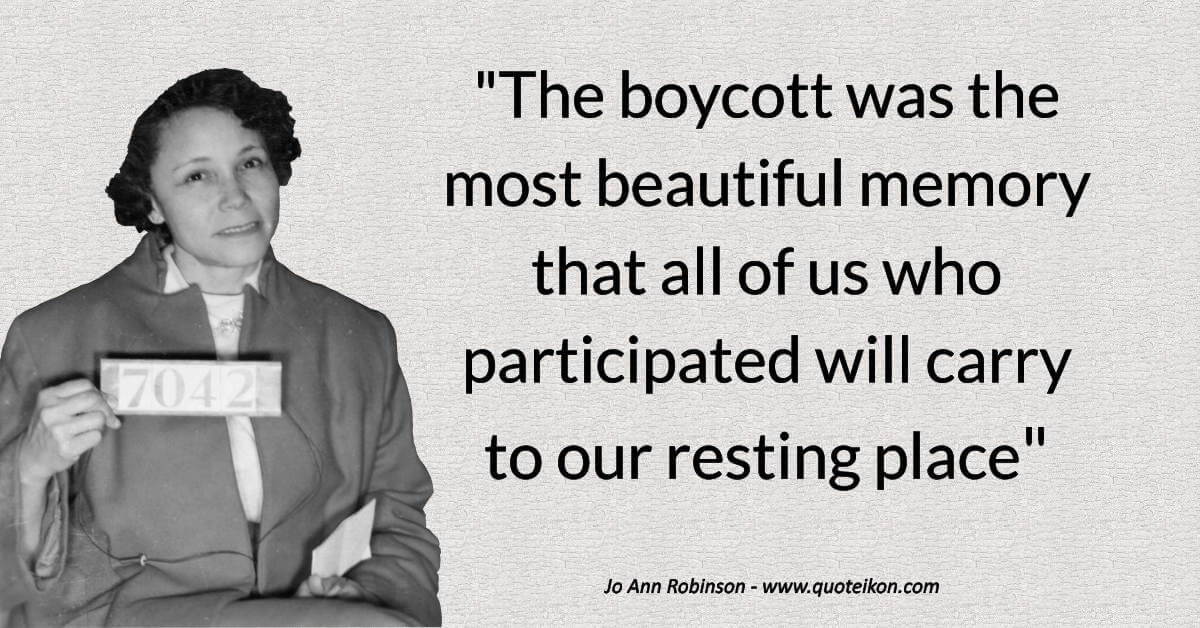