Iwan Bloch was a German psychiatrist who first introduced to the world the concept of the science of sexuality. Apart from the many books which he personally penned he also published (under the pseudonym Eugène Dühren) The Marquis de Sade’s 120 Days of Sodom which recounted the sexual adventures of four degenerates cutting a trail of debauchery through eighteenth century France.

Pseudonyms aside, his research and subsequent publications in his own name were extensive, he went to great lengths to study female sexuality, which in a climate of Victorian ideals was unprecedented. He considered prostitution to be an evil by product of a society gone wrong and studied it extensively in the hope of raising the status of women with a view to root out the causes of women turning to the worlds oldest profession.

Bloch studied the history of misogyny across cultures and religions and shared some views which some deemed controversial at the time. Even homosexuality came under the critical eye of Bloch who eventually came to the conclusion that homosexuality was not pathological and was a inborn disposition.

Although less well lauded for his trail blazing ideas that were well before their time, Iwan Bloch is still recognised as the first sexologist which led to a fascinating trail researching and compiling my list of 15 of the best Iwan Bloch quotes.

Dr Albert Eulenburg: "Bloch has assailed with weighty arguments, and - what carries yet more weight - with abundance of new data either entirely unknown before or insufficiently evaluated"

Edward Ross Dickinson: "Ewan Bloch delivered a denunciation of sexual disorder in 1907 that would have made any conservative Christian campaigner proud, deploring sexual anarchy, the "compulsive need for the greatest possible sensation," the universal desire for mere "entertainment," all the various institutions of urban nightlife, the modern "relationship," pornography, and so on and so forth as the "cancer of our society" 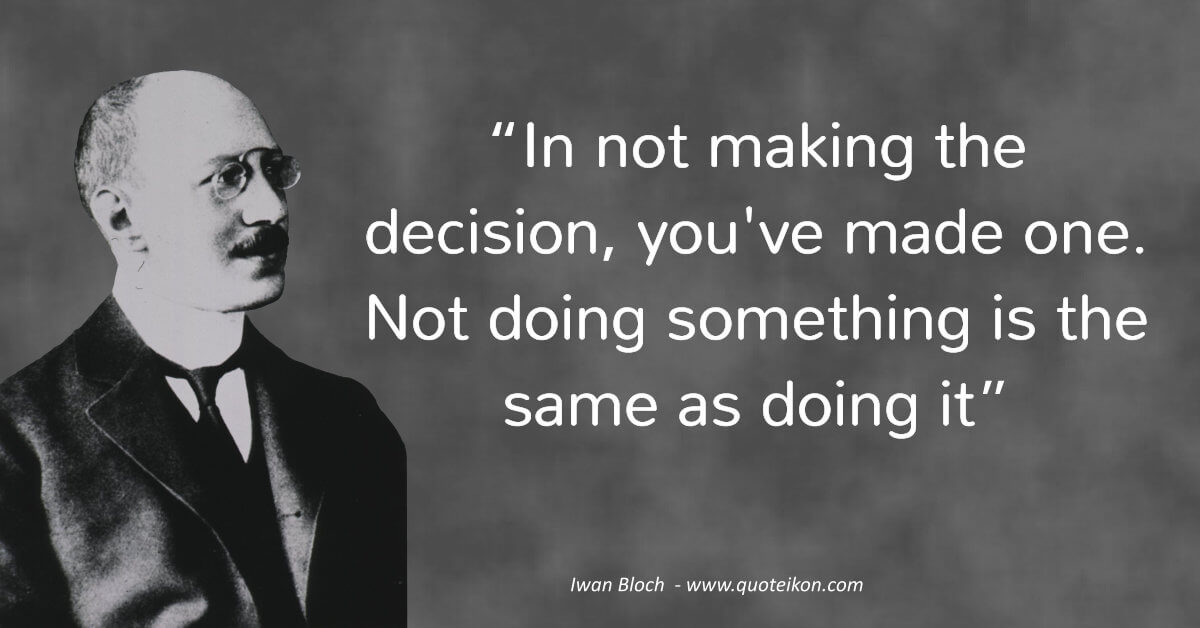