Ivor Novella who was once described as "Britain's most handsome man", was the darling of the silent screen and England's first multi talented superstar of the twentieth century whose initial fame came as a composer before successfully transitioning to movies and the stage.

He was a child prodigy whose talent earned a scholarship to Magdalen College School in Oxford where he honed his soprano voice and started writing songs in anticipation of his planned career in music.

Novella's first big success was writing the music for the patriotic 1914 hit "Keep the Home Fires Burning" that become the most popular song of the decade ravaged by the horrors of thousands of the country's sons not returning home to their loved ones.

Novella continued his work as a composer but this was the dawn of the silent era of cinema and his handsome good looks saw him become the biggest matinee idol of the 1920's. He was billed as Britain's answer to Rudolph Valentino and Novello filled cinema's during the roaring twenties starring in movies including two early Alfred Hitchcock thrillers "The Lodger" and "Downhill" both in 1927.

Ivor Novella who was a star of the silent era of movies failed to make an impact in talking pictures, his last movie was "Autumn Crocus" in 1934 and after this he retired from the silver screen to concentrate on stage productions.

He was one of the founders of The British Academy of Songwriters, Composers and Authors in 1947 which was to honour the great composer by creating The Ivor Novello Awards in 1955. In 2009 the organisation changed its convoluted name to The Ivors Academy making it more concise and expressive in line with 21st century brevity.

Ivor Novello had a remarkable stage presence with his raven dark hair and expressive face, but he was more than the handsome hunk who the ladies drooled over as his belief in the arts reflected his charming modesty and romantic vision which he played out on stage with a touch of class that oozed of sentimentality and glamour. Through the Ivors Academy his name will live on forever as will many of his memorable and thoughtful words which helped me compile this list of 20 of the best Ivor Novella quotes.

Simon Cowell described him thus: "Novello was more than just a composer, he was a star in his own right. He starred in his own musicals, and he was an immense star of stage and screen, with that perfect profile you just don’t see any more"

The actor Noel Coward was impressed to say: "Theatre – good, bad and indifferent – is the love of his life. For him, other human endeavours are mere shadows. ... The reward of his work lies in the indisputable fact that whenever and wherever he appears the vast majority of the British public flock to see him"

Noel Coward also gave this witty comparison: "The two most beautiful things in the world are Ivor's profile and my mind"

The thespian John Gielgud quipped: "I'm sure there isn't an after-life. If there were, Ivor Novello would have got a message to us"

The producer Michael Balcon shared this observation: "He was such an enchanting character: no side at all, none of the star nonsense, eager to learn and charming to the people he worked with"

The cameraman Hal Young saw his photogenic side: "It's a pleasure to photograph him because he takes well from any angle" 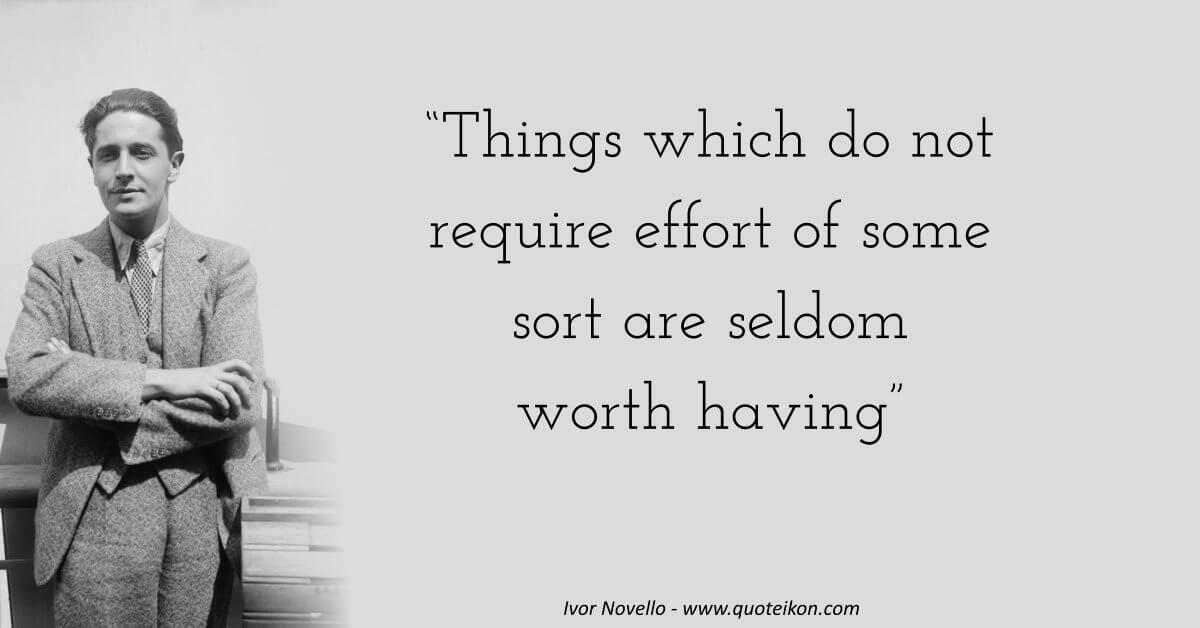