Harrison Ford first made his name in 1970's sci-fi movies and gradually progressed to become the all action hero that the big directors knew they could rely on. His on screen presence coupled with his all action style and world weary facial expressions made him the ideal choice for the thriller genre of movie during the 1980's.

Before he made the big time in Hollywood he worked as a skilled carpenter for many years before before his big break and he even built his own ranch house in Jackson Hole, Wyoming. Further to his abilities with a chisel and wood saw Ford is also a keen aviator who is a licenced pilot of both fixed wing aircraft and helicopters.

In 2000 he saved the life of a dehydrated 20-year-old hiker called Sarah George who he rescued from Table Mountain nearby his Wyoming ranch.

The power of three has been a recurring theme in his film career as he is the only actor to have worked with the big 3 movie makers Francis Ford Coppola, George Lucas and Steven Spielberg. Of the 3 leading stars in the original Star Wars trilogy he was the only one to appear in all 3 movies without signing a contract. He has starred in 3 movies containing the word "Force"; Force 10 from Navarone (1978), Air Force One (1997) and Star Wars: The Force Awakens (2015).

Of all Harrison Fords blockbuster movies he starred in he considers his 1986 film The Mosquito Coast to be his all time favourite. Big actors who play the big roles are always good for a quotable one liner, so this is my compilation of 15 of the best Harrison Ford quotes.

The director Steven Spielberg once quipped: "What can I say? Harrison really IS Indiana Jones"

The producer Fred Roos on how he influenced George Lucas into getting Ford the role of Han Solo in Star Wars by hiring him to install a door at Francis Ford Coppola's office when Lucas would be there: "Harrison had done a lot of carpentry for me. He needed money, he had kids, he wasn't a big movie star yet. The day he was doing it, George happened to be there. It was serendipitous"

George Lucas on the Hans Solo role falling into place: "In American Graffiti, I could see that he was a real talent" 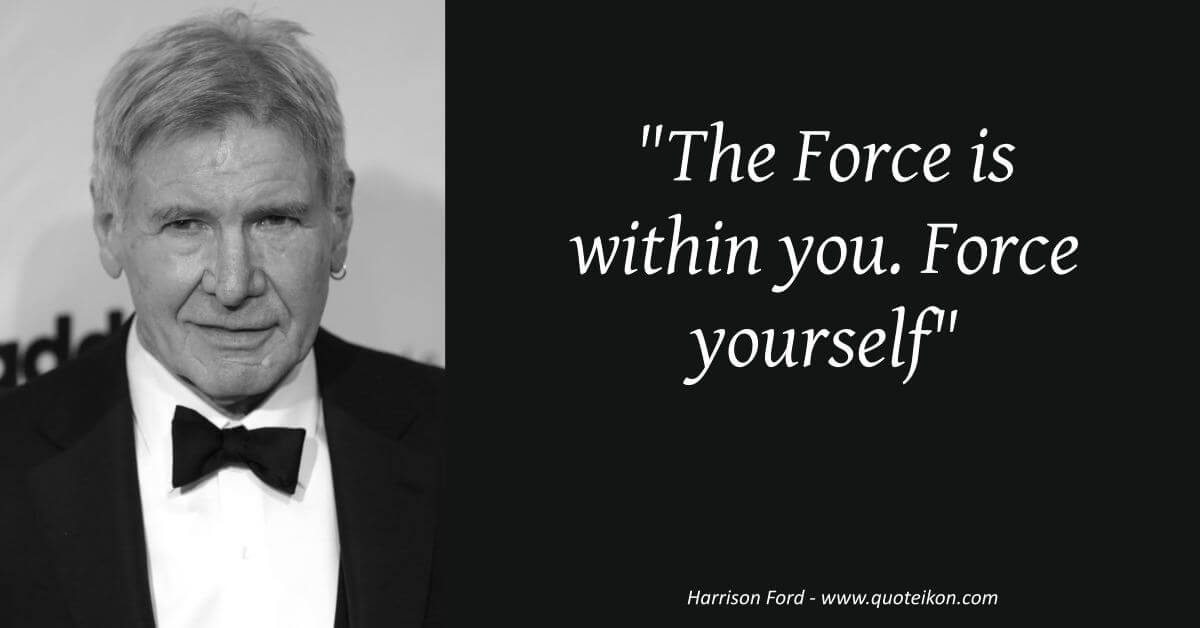