Francis Ford Coppola first broke through into Hollywood in the late 1960's when his second movie Patton released in 1969 garnered him an Academy Award for best new screenplay with his co-writer Edmund H. North.

Coppola had emerged as part of the New Hollywood group of film makers including; George Lucas, Martin Scorsese and Steven Spielberg and they were all set to shake the industry with some epic productions in the decades to come. Following on from Patton, Coppola's next big movie was The Godfather in 1972 and for all the critical acclaim it has now received the studio were not happy during filming leading to tensions and Francis fearing he could be sacked.

He stuck to his guns on the cast and the way the movie was to be shot and the film went on to be an academy award winning blockbuster. This was the movie that gave Francis the platform to impress and he followed it up with The Godfather Part II which many critics claimed was even better as it cemented his position as one of the all time great movie directors.

His next big movie hit was Apocalypse Now released in 1979 but it suffered major delays during filming with industry insiders labelling it Apocalypse When. However, upon release it was critically acclaimed as one of the best movies ever made with Francis Ford Coppola himself being quoted as saying: "My movie is not about Vietnam... my movie is Vietnam".

There were many more notable films in the Coppola portfolio but none have ever reached the giddy heights of success achieved with his 1970"s blockbusters.

Coppola's big passion outside of the cinema is wine as he has become a renowned vintner owning his own winery.

Director and screenwriter John Milius said about him: "Francis is the best of us all. He has the most talent and the most daring"

Al Pacino said of him being cast by Coppola for The Godfather movie: "I must say, very lucky me, because he is a great man and he wanted me" 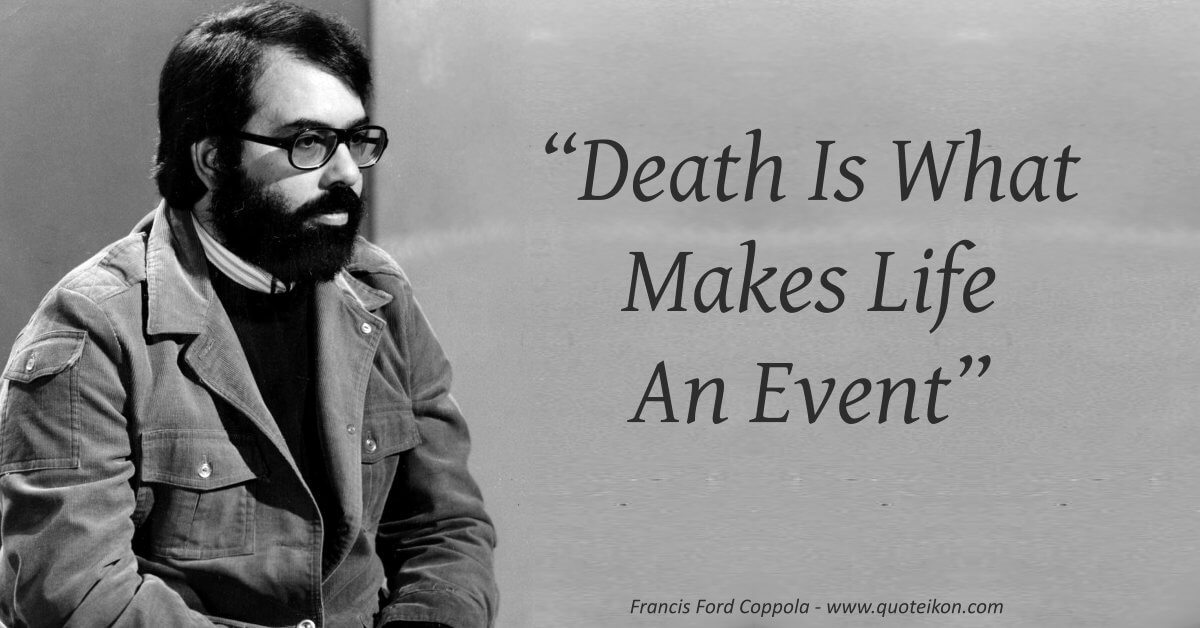