Harriet Beecher Stowe was born into a religious family heavily influenced by her father who was a presbyterian minister following the teachings of reformed Protestantism. In later life Harriet recognised the hypocrisy in this strict version of Christianity and vigorously denounced it in favour of a more humanistic approach to theology.

Another big influence on Harriet was learning of the fate of former slaves being attacked during the Cincinnati riots in 1829 by anti-abolitionists and white workers trying to purge the competition for jobs. She got to understand the suffering endured by the African Americans and it burnt into her soul as she became a staunch abolitionist.

It was here in Cincinnati that she met her future husband Calvin Ellis Stowe in a local literary club, he was a professor who shared Harriets views on abolishing slavery and they married in January 1836. Harriet had a passion for writing and she first cut her literary teeth in 1843 with the book Mayflower but she also had other burning passions and her second book Uncle Tom's cabin was published in 1852 to wide critical acclaim.

She spelled out to the world the hardships endured by African American slaves with a literary cutting edge that proved the pen was indeed mightier than the sword. After meeting President Abraham Lincoln in 1862 he was quoted as saying "so you are the little woman who wrote the book that started this great war".

It could never be stated that her book caused the American civil war but what it did do was bring slavery to the attention of the world and it divided America. It also gave the Union the stomach for the fight that was a long time coming and was now politically more palatable.

Harriet went on to author many more books but none could possibly hope to match the literary clout of Uncle Tom's Cabin which became the best selling novel of the nineteenth century. Indeed, the only other book that matched it for sales during that century was the Bible.

Uncle Tom's Cabin also became a book that inspired the by-product industry with the books publisher John P. Jewett & Co creating prints, toys, dolls, puzzles and pottery all based around the book and it's characters.

She was not just responsible for illuminating literature she also showed verbal panache with some great quotes, so here is my list of 15 of the best Harriet Beecher Stowe quotes.

The author and suffragette Anna Garlin Spencer described her challenges: "Anyone can see that to write Uncle Tom's Cabin on the knee in the kitchen, with constant calls to cooking and other details of housework to punctuate the paragraphs, was a more difficult achievement than to write it at leisure in a quiet room"

Her son Charles Stowe spoke of her inspiration: "Uncle Tom's Cabin came from the heart rather than the head. It was an outburst of deep feeling, a cry in the darkness. The writer no more thought of style or literary excellence than the mother who rushes into the street and cries for help to save her children from a burning house thinks of the teachings of the rhetorician or the elocutionist" 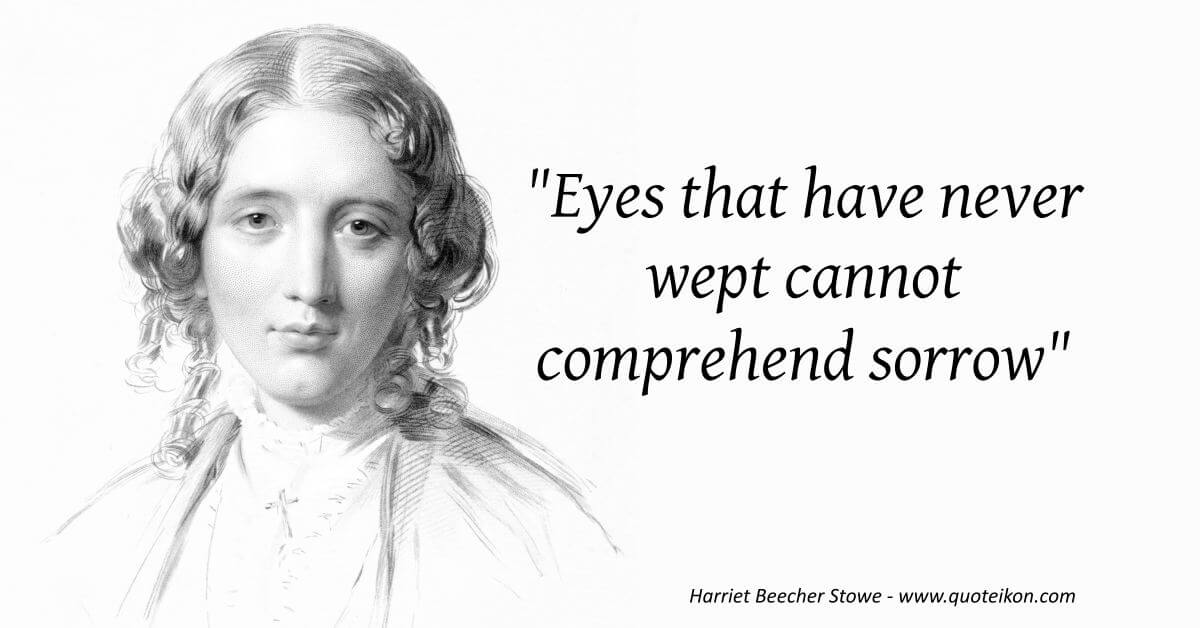