Georges Pompidou was the loyal subject of France and it's most enigmatic leader of the twentieth century Charles de Gaulle, and although it is somewhat down played how important a role he played in French affairs even before he assumed the ultimate positions of French power he was the political conjuror who was as adept at fire fighting the big issues of the day as he was preventing them with policy and political manoeuvring.

It was not just in the political arena where he stood out as he had a successful banking career with The Rothschilds private bank where he rose through the ranks until in 1962 de Gaulle called upon him to be his prime minister where he served the French people in this role from 14th April 1962 until 10th July 1968.

His was an unassuming prime ministership but a successful one whereby he endeared himself so much to the French nation they elected Georges as their president in 1969. At home he spearheaded job creation and started a major modernisation of Paris whilst his foreign policy saw many successes including backing the UK to enter the Common Market.

He suffered from a rare form of blood cancer and died while he was still president making him one of four French presidents who died serving their country. Although not the first French president to die whilst in office he was the first of the Fifth Republic who succumbed to that fate while serving in his country's highest office.

The other 3 serving presidents died in more controversial circumstances than Pompidou as: Marie François Sadi Carnot was assassinated by Sante Geronimo Caserio on 25th June 1894, Félix Faure died while engaged in sexual activity with his young mistress Marguerite Steinheil on 16th February 1899 while Paul Doumer was assassinated by Paul Gorguloff on 7th May 1932.

It was not just his political dexterity that made him stand out as a great French leader as he could write and deliver a speech with the best of them, he was good for a one liner also so here is my compilation of 13 of the best Georges Pompidou quotes

When Charles de Gaulle sent him to Switzerland to negotiate with representatives of the Algerian National Liberation Front, he placed his trust in him by stating: “I shall send Pompidou, he will be my signature"

French Poet Jean-Luc Pouliquen said of him: "His political policies bear the mark of one attuned to human aspirations and profound ideals in the same way that poetry is capable of translating them"

His one time aide Jacques Chirac recalled: "I remember his untamed eyebrows, his penetrating, very kindly gaze, his perceptive smile, full of humour and mischievousness, his voice with its wonderful low, warm, gravelly tone, and a figure that was both powerful and elegant. Naturally reserved, little given to emotional outbursts, Pompidou did not forge very close ties with his colleagues 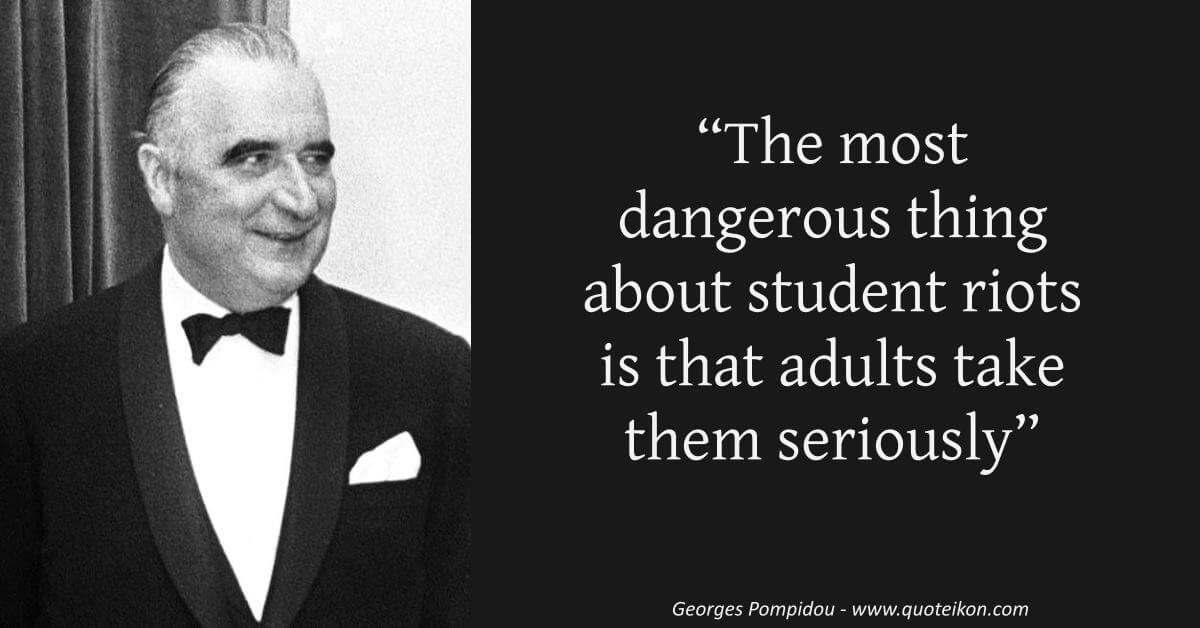