Frederik Willem de Klerk was born into a politically active Afrikaans family and after undergoing a local education he graduated with a bachelor of laws degree from Potchefstroom University in 1958.

As a trained attorney he practiced law in the Transvaal for ten years until he stood for election and duly won the Vereeniging seat in 1969. By 1978 he became a cabinet minister and on 15th August 1989 he was sworn in as the State President of South Africa.

Once in the top post there was a sudden pendulum swing in South African politics whereby the once conservative De Klerk announced that his plan was to change the Apartheid regime to a less racially divisive democracy.

He freed Nelson Mandela and made good on his word of dismantling Apartheid and he was subsequently awarded the Nobel Peace Prize in 1993. During his political career he was known for his eloquent negotiating skills so it was most interesting researching and selecting my compilation of 15 of the best Frederik Willem de Klerk quotes.

Archbishop Desmond Tutu was disappointed to say: "There was almost an avalanche of information. To say that you [De Klerk] do not know what was happening, I find that difficult"

The anti-apartheid activist Nelson Mandela was humbled by his inextricable destiny that involved de Klerk: "A man does not become a freedom fighter in the hope of winning awards, but when I was notified that I had won the 1993 Nobel peace prize jointly with Mr. F.W. de Klerk, I was deeply moved" 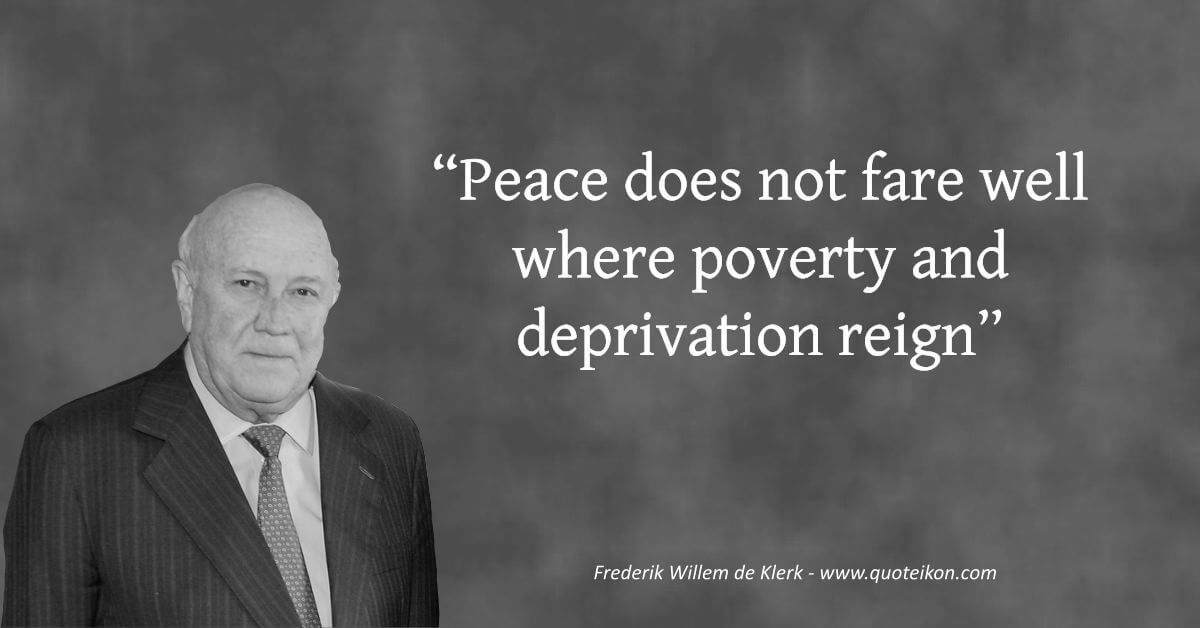