In 1810 a young law student named Francisco de Paula Santander was inspired to forego his studies and join the independence movement in South America. His first taste was sweet and then sour as the Spanish eventually crushed the rebellion in 1816.

Eluding capture he joined forces with Simon Bolivar where his education, leadership and common sense approach to problem solving soon saw him climbing the rebel ranks as they fought to free New Granada. After gaining a decisive victory at the Battle of Boyacá in 1819 Bolivar rewarded Santander a promotion to General and soon after he was made vice president of the Republic of Colombia where he served from 1821 until 1827.

Although Bolivar was the president he was too busy driving the colonial armies out of the southern part of South America to actively take the presidential reins so this duty lay with Santander. Upon the presidential return of Bolivar it was obvious that he and Santander did not see eye to eye politically leading the president to assume a role more akin to a dictator and sidelining his once friend.

They were once allies but Santander became a political opponent of Simón Bolívar. Their policy disagreements grew ever larger. The political chasm between the two leaders seemed irreparable. Francisco resented his government being undermined by the president.

In 1828 an assassination attempt on Bolivar failed and subsequently Santander was arrested, tried and sentenced to death, which was later changed to exile. During his exile Francisco travelled around Europe learning the political mechanisms of France, Holland, England and Belgium, he was influenced by the enlightenment movement and this exile was to serve him well in later years.

After the death of Simon Bolivar, Gran Colombia disintegrated and Francisco returned to triumphantly become the President of the Republic of New Granada from 1832 to 1836.

The author Iván A. Castro described him as: "The first Hispanic American leader to follow caudillos (military leaders) and install them as heads of government"

Marco Palacios, a Professor of Latin American History at El Colegio de Mexico said this of him: "He was responsible for constructing the rule of law in Colombia" 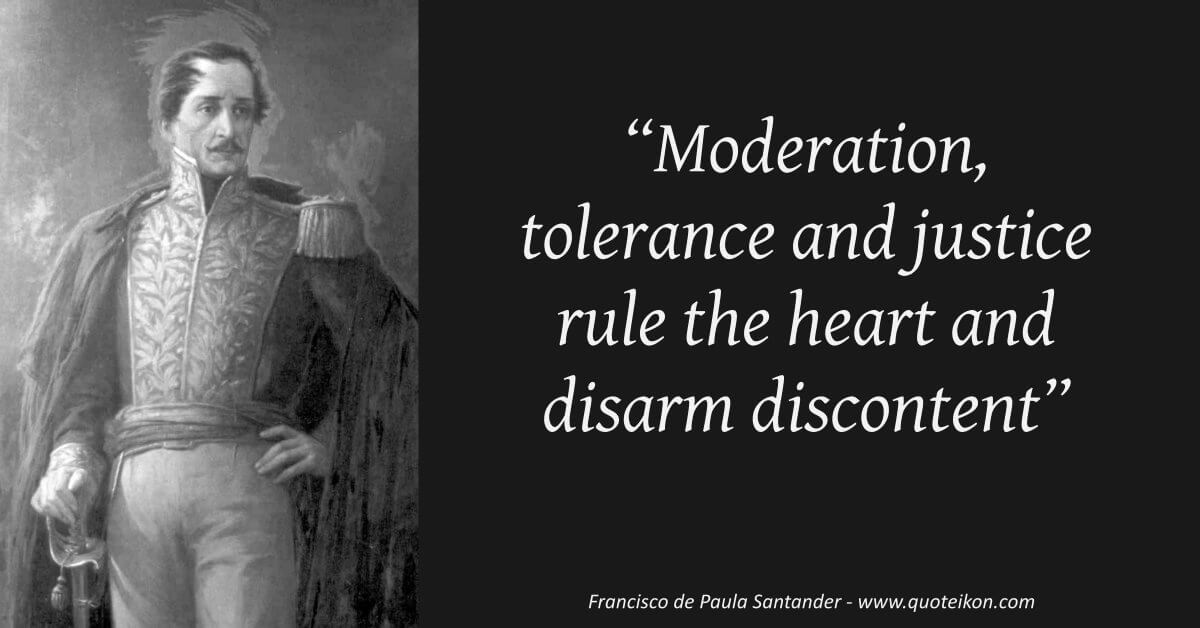