Francis Galton was bred from good stock. His parents came from families successful in banking, business and scientific specialities such as medicine and biology. A renowned child prodigy who excelled at everything he turned to. As an adult he was prolific in the sheer volume of ground breaking research he conducted in fields as diverse as geography, meteorology, biometrics, genetics and psychology. He was even a cousin of Charles Darwin.

Being related to Darwin it is of no surprise that his book "Origin of Species" had a heavy influence on Galtons thinking. It was the catalyst which led him to his theory of accelerated human evolution through selective eugenics. It is Galtons research into eugenics that he will mostly be remembered for.

After first coining the word eugenics in his 1883 book 'Inquiries into Human Faculty and Its Development' little did he know the impact it would have during the 20th century. As an educated scientist he looked at ways of improving civilisation without giving a thought to the manipulation that politicians always have and always will use to divide and rule populations to their own benefit.

As well meaning as he probably was, eugenics basically means playing god and defying nature by identifying who can and who cannot breed and at the turn of the twentieth century there were plenty of self righteous people professing to know what is best for a population.

It led to the formation of the American Breeder’s Association in 1903, then the Race Betterment Foundation in 1911 and then the dark side of forced sterilisations of those deemed mentally and physically unsound.

Then there was a certain chap called Adolf Hitler, his eugenics programme to create the master Aryan race sent millions to their deaths in concentration camps, which incidentally were another invention of the British. I'm sure he was rolling in his grave aghast at the depths humanity had plumbed in the name of eugenics, but at least Hitler made eugenics less popular after WWII.

Galton, like me, was a fellow Brummie, he was born and bred in Sparkbrook which makes me wonder what he would make of his eugenics philosophy if he were to witness the ethnic make up of the inner city suburb of Sparkbrook today. Maybe he should have researched human ethnic diversity instead? Where there's a theory there's a quote, so this is my compilation of 20 of the best Francis Galton quotes

The psychologist Daniel Kahneman made this observation: "It took Francis Galton several years to figure out that correlation and regression are not two concepts – they are different perspectives on the same concept. The general rule is straightforward but has surprising consequences: whenever the correlation between two scores is imperfect, there will be regression to the mean"

An eminent naturalist, J. Arthur Thomson described him as: "the first person to approach the Darwinian problem from a statistical point of view"

The scientist and writer Samuel Arbesman shared this assessment: "Galton ... combined analysis and mathematical techniques to great effect, and in so doing, brought many new facts to light. It is part of a grand tradition that, especially in the fields of sociology and psychology, has unleashed a great many intriguing and clever experiments"

The author Stephen M. Stigler said this of him: "To Galton, correlation meant what we might call today intraclass correlation-two variables are correlated because they share a common set of influences. Galton seems to have only conceived of correlation as a positive relationship; negative correlations play no role in his discussions" 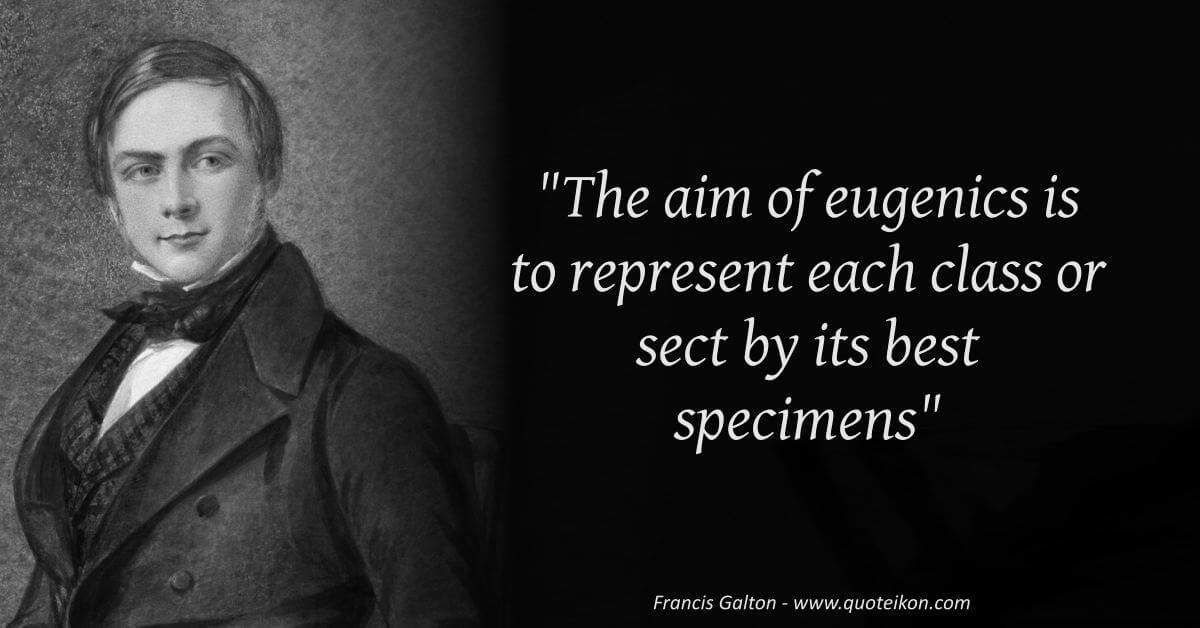