Evo Morales was born to a rural farming family that were in 1979 forced by drought to move from the community of Isallavi to Cochabamba in the province of Chapare where they took up farming coca and fruit.

It was here that Evo became a union activist fighting for the rights of coca farmers it was also the period where his disdain of U.S. foreign policy was cultivated as they coerced the Bolivian government to actively stop the coca industry which they blamed for their country's cocaine problems.

Morales steadily rose up the union ranks but he could see that the only way to protect the coca growers was from the political stand point. He was first elected to the National Congress in 1997 and in the 2002 election his MAS party gained 581,884 votes which was 22 percent of the electoral vote.

In the following 2005 election the MAS party swept Morales into power with 54% of the vote and it was the largest majority for 30 years. It was a great victory for the people of Bolivia but it came much to the aghast of the Americans who added his administration to the axis of evil with Cuba and Venezuela.

He went about implementing his policies and he did succeed in alleviating the impoverished plight of thousands of rural Bolivians. He always aligned himself with the just causes of the indigenous peoples of Latin America but despite all the economic advancements under his rule Bolivia still remains one of the poorest countries in South America.

Fidel Castro said of him: "Brother Evo, possesses all the qualities needed to lead his country and his people during these difficult and singular times"

Politician Álvaro García Linera described Evo's success stating: "We are in Bolivia’s golden age, and it is defined by progress, production, and a digitalized youth" 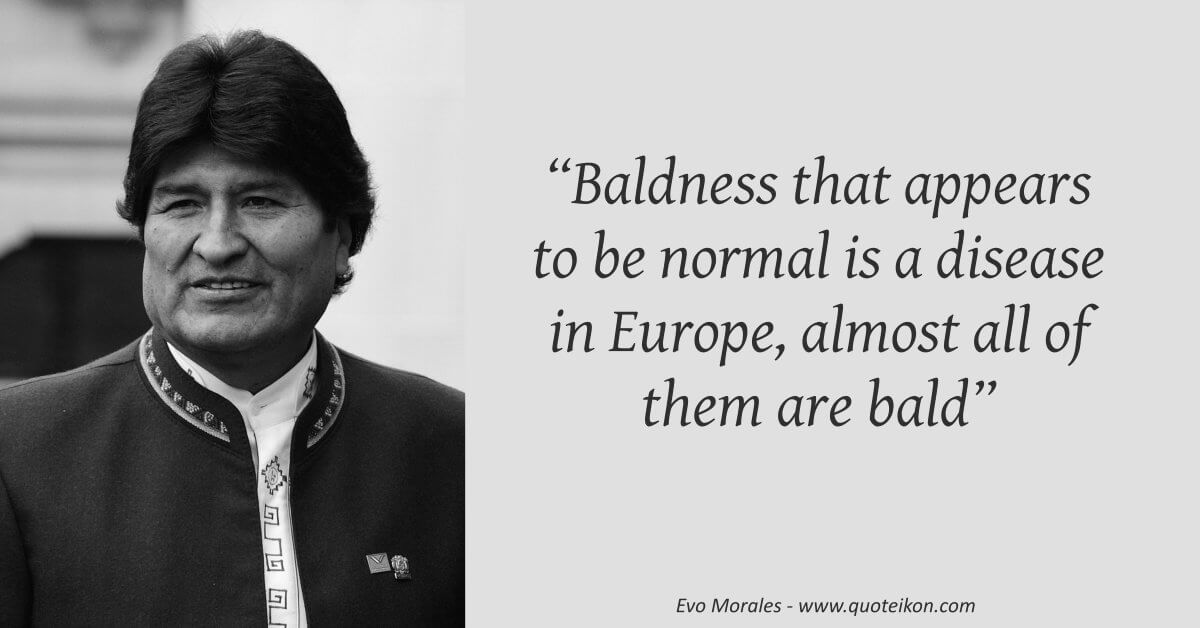