Oft mocked, seldom praised, such is the lot of the savant intent on the preservation and melioration of mankind. Sometimes great deeds are not portrayed to reflect the greater good for humanity. The popular image of corporate greed obscures the ambition for human advancement.

What self-appointed expert observers overlook is Musk cares not for personal financial gain, his is the battle for something far beyond the deadly sin of avarice. Money is the means not the end, it fuels the result without becoming the goal, and make no mistake, the goal is technological advancements that deliver beneficial results towards the shared destiny of the human race.

The growing legacy of Elon Musk is still largely unwritten. He could retire now and his list of accomplishments will withstand the test of time. However, men like Musk are not made for resting on the laurels of past achievements. The lure of defying the odds and driving headlong into the unknown to emerge with the innovative prize is an irresistible attraction to the creative mind of Musk.

His ambitious plans mark him as a potential early contender for the greatest human of the 21st century. We could be witness to some of the greatest achievements in the final frontier of space exploration whilst social media commentators choose to go into meltdown about the thought of people having the right to express their opinions.

When an ambitious man lays siege to an outlandish idea you look to their track record to see if they have a history of delivering on projects. When your resume reads like one major success followed by many more you begin to realise the target of a manned Mars mission and eventual colonisation is firmly within the cross-hairs of his abilities.

An intriguing aside to the destiny of Elon Musk is an undistinguished remark mentioning his name in an obscure 1953 book authored by Wernher von Braun, who just happened to be nicknamed the Rocket Man due to his design for the Saturn rocket which was sent into operational orbit and beyond on thirteen occasions. The book was called: Mars Project: A Technical Tale and this is the referred passage of text: "The Martian government was directed by ten men, the leader of whom was elected by universal suffrage for five years and titled ‘Elon’.". Could this be the destiny and ultimate legacy of Elon Musk, the space explorer giving his name to a title of a meritocratic Martian society?

The future of space exploration is unwritten, but the pen is firmly in the hand of Elon Musk whilst the world looks on in awe waiting for his next SpaceX launch.

The National Space Council's Scott Pace was at first unimpressed: "When I first looked at the clustering of engines on the Falcon 9, I had to roll my eyes. But that’s why Elon Musk is smarter than me"

Time editor in chief and CEO Edward Felsenthal was laudatory to say: "few individuals have had more influence than Musk on life on Earth, and potentially life off Earth too"

Lepore expanded her view with this description: "Musk is a very accomplished engineer. He is not a straw man figure. He is a real person with real ideas who leads two major companies that have both undertaken extraordinary engineering feats. Tesla really does get a huge amount of credit for the revival of the electric vehicle, a nearly destroyed industry, right? SpaceX is doing extraordinary things"

The author Sean Illing described him thus: "Whatever you think of Musk, there’s no denying his impact. I mean, this is a guy who moves markets with a single tweet"

Bill Gates was impressed to say: "what Elon did with Tesla is one of the greatest contributions to climate change anyone's ever made"

Russia's space chief, Dmitry Rogozin, was initially laudatory of the SpaceX CEO: "Our millionaires prefer to invest more in yachts rather than in spaceships, I like what your people are doing - people who spend their own money on things useful for overall society"

In 2014 Rogozin was more critical: "After analyzing the sanctions against our space industry, I suggest to the USA to bring their astronauts to the International Space Station using a trampoline" - This was later picked up by Musk with his infamous "trampoline" Twitter riposte

The American aerospace engineer Robert Zubrin recognised his qualities: "He wants eternal glory for doing great deeds, and he is an asset to the human race because he defines a great deed as something that is great for humanity. He is greedy for glory. Money to him is a means, not an end"

Zubrin went deeper into his motivations: "Genius is a word that is frequently associated with Musk; wisdom is not. But there is one sense in which Musk, in my view, is very wise, which is that he understands that he doesn’t have forever"

The British journalist Chris Stokel-Walker shared this appraisal: "I'm never hugely convinced that he knows what he wants to do tomorrow. He very much leads by instinct"

A free speech activist, Jillian York, expressed this eye opener: "I think that Musk’s conception of free expression is both contradictory and foolish"

The Bloomberg columnist Matt Levine drew this somewhat tongue-in-cheek comparison: "The way finance works now is that things are valuable not based on their cash flows but on their proximity to Elon Musk"

Tesla executive Omead Afshar shared this insight about Musk's drive to succeed: "He would be in there reviewing the system, redoing the code himself, solving problems, bouncing from station to station. He will endure the most pain to lead by example, and all of us around him really can’t complain when we’re not working that hard"

An eminent engineer, J.B. Straubel, turned to the market for investment to solve the electric car energy storage dilemma and later commented: "I saw plenty of examples of people that had enormous wealth, and were entirely cautious. In Elon, there was this complete opposite mindset"

The political scientist, Rasmus Kleis Nielsen, shared this Twitter observation: "The fact that many politicians, powerful individuals and pundits are frequent users, and that some journalists feature what they say in their reporting, mean Twitter is clearly an important part of how the political and media agenda is set"

A Danish MEP, Christel Schaldemose, disclosed that open discourse, to the EU, is an acquired taste with a limited menu: "Twitter, even owned by Mr Musk, needs to moderate content to comply with EU rules. If he wants to do business in EU, that’s a fact"

An investment advisor, Ross Gerber, summed him up thus: "Elon only gets involved with things if he feels that they're critically important for some reason... for the sake of society or humanity"

Bill Lee, a successful investor and friend of Elon Musk remarked: "He’s probably the most viral social influencer ever"

A Russian professor, Andrey Korolev, pondered this paternal renascence: "I think that Elon Musk is more or less a kind of reincarnation of Sergey Korolev"

The British cosmologist and astronomer royal Martin Rees spoke of the perils of space colonisation: "But what is the longer-range goal? Musk and my late colleague Stephen Hawking envisaged that the first “settlers” on Mars would be followed by literally millions of others. But this is a dangerous delusion. Coping with the climate crisis is a doddle compared to terraforming Mars. Nowhere in our solar system offers an environment even as clement as the top of Everest"

Stanford University Professor Fred Turner shared this view: "If you're an entrepreneur like Elon Musk, you will take the money where you can get it, but at the same time believe as a matter of faith that it's entrepreneurship and technology that are the sources of social change, not the state. It is not quite self-delusion, but there is a habit of thinking of oneself as a free-standing, independent agent, and of not acknowledging the subsidies that one received. And this goes on all the time in Silicon Valley"

Nina Jankowicz, an executive director of the DHS Disinformation Governance Board, revealed her disappointment: "sometimes the best antidote to online abusers-and make no mistake, that's what Musk is-is to deny them influence and notoriety. Big fail on this one, world" 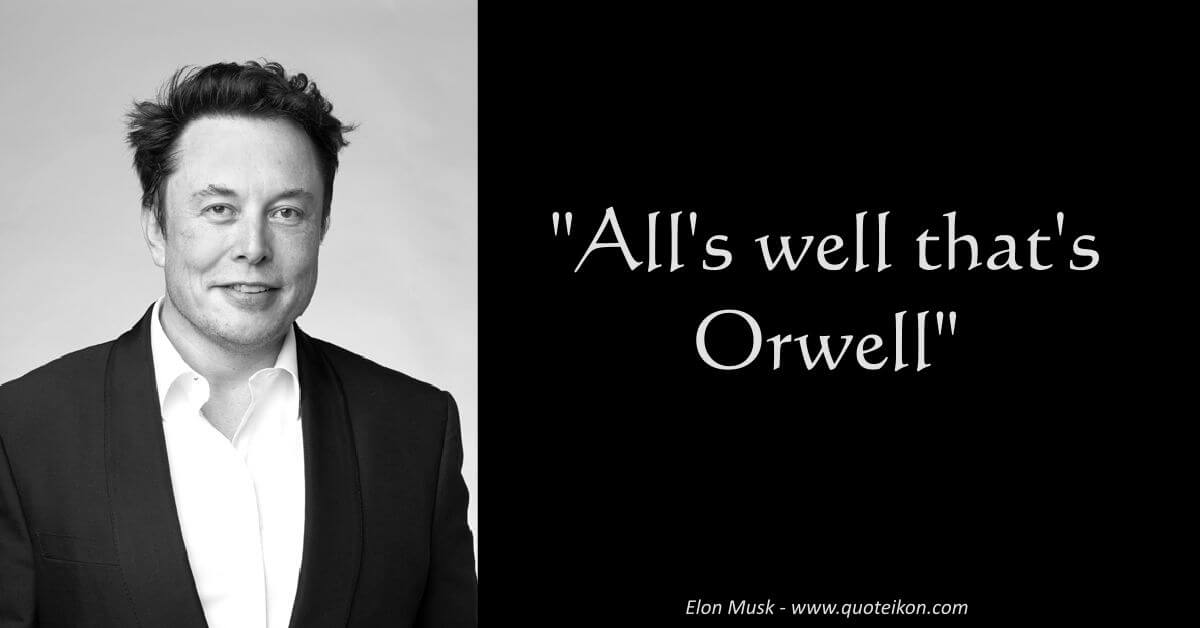