Ellen DeGeneres had a natural gift for quick thought of mind which she channelled into her observational comedy making her an exceptional stand up comic.

After honing her talents in the comedy clubs of New Orleans this Louisiana girl made the step up to movies and television work and her earliest success came in the sitcom somewhat appropriately named 'Ellen'. This show drew huge TV ratings and was the platform DeGeneres used to further her career until it came to an impasse in the form of judgemental conservatism.

Ellen came out as a lesbian in a 1997 episode of The Oprah Winfrey Show while coincidentally her character in the sitcom Ellen also came out to her therapist who just so happened to be Oprah Winfrey. Although this was brave opportunism, ratings were hit with advertisers not yet ready for this level of openness and ABC subsequently pulled the show.

DeGeneres had genuine talent and it was only a matter of time before she would re-emerge and so in 2003 The Ellen DeGeneres Show aired for the first time and such was its success it is still going strong as it approaches 3,000 episodes and a multitude of Emmy Awards.

Quick witted talk show hosts are never shy when it comes to giving quotes so here is my compilation of 15 of the best Ellen DeGeneres quotes.

The comic Tig Notaro said this of her: "I’m sure there’s people who think she’s kidding. Or can’t have a bad day. But she does"

The singer Elton John was less than kind about her coming out: "Shut up already. We know you’re gay. Be funny"

The actress Jane Lynch was more complimentary: "She did it. She stood there and took it and did it and was honest. She’s right up there with Oprah and I think that’s a great thing" 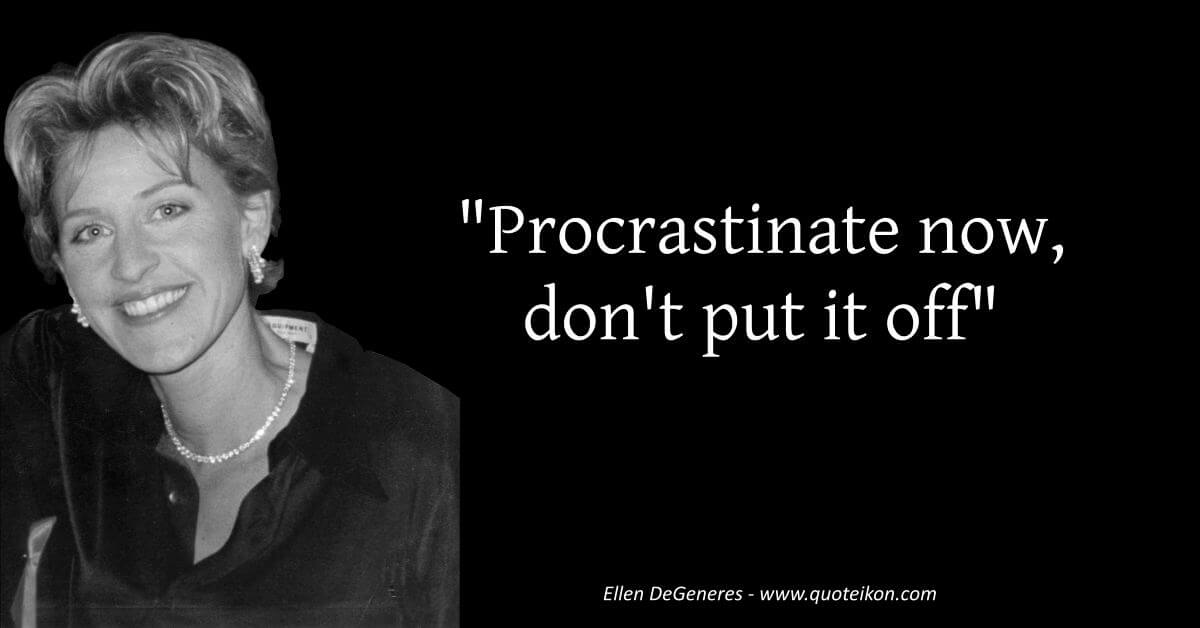