Edward De Vere led a colourful life after being born into the Earldom of Oxford, he was a gifted poet and playwright who was a courtier to queen Elizabeth.

He brought poetry and mirth to the royal court and was a much sought after patron to the arts for literary and musical works. Controversy shadowed De Vere and his ill temper kept him as more of a court jester than a governmental representative.

A major scandal of the time saw De Vere locked away in the Tower of London after mischievously impregnating one of the Queens maids of honour.

None of his plays have survived the test of time but his poetry and letters can still be read to get a flavour of what made this maverick talent of his time tick. There is a school of thought called the Oxfordian theory of Shakespeare which has since the 1920's proposed that De Vere was the original author of the plays and poems attributed to the playwright William Shakespeare, however most scholars of Shakespeare reject this theory.

As an accomplished wordsmith of his time he was always good for a quick witted one liner, so this is my compilation of 12 of the best Edward De Vere quotes

The poet George Chapman wrote this ode in his honour: "From whence his noblest family was derived; He was besides of spirit passing great. Valiant and learned, and liberal as the sun, Spoke and writ sweetly, or of learned subjects, Or of the discipline of public weals: And 'twas the Earl of Oxford"

The philosopher John Aubrey bestowed us this light hearted anecdote about Edward De Vere: "This Earl of Oxford, making of his low obeisance to Queen Elizabeth, happened to let a Fart, at which he was so abashed and ashamed that he went to Travel for 7 years. On his return the Queen welcomed him home, and said, 'My Lord, I had forgot the Fart'"

The scholar Laurence Nowell who taught De Vere decided to leave his tutelage after only 8 months: "I clearly see that my work for the Earl of Oxford cannot be much longer required" 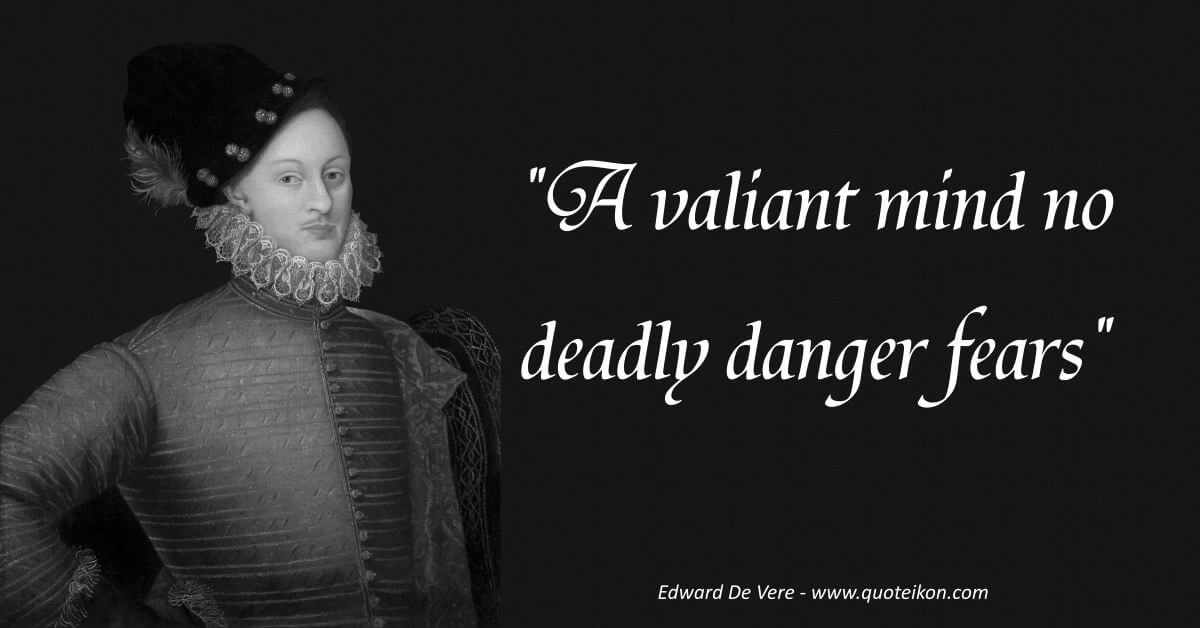