Dennis Weaver was the actor of native American descent who got his big break in the made for TV 1950's western series Gunsmoke. The show was a runaway success and aired on TV for 20 years until its eventual demise in 1975.

By this time Weaver was a star in his own right having starred in hit movies such as Orson Welles' "A Touch of Evil" (1958) and Steven Spielbergs "Duel" (1971). In 1970 he was cast in another TV series called McCloud that spun out into another success that ran for seven years earning him two Emmy Award nominations.

Weaver had been a committed vegetarian since the late 1950's and as his career grew so did his interest in environmental activism. He was active in a number of organisations including being president of "Love Is Feeding Everyone" (LIFE) which managed to feed more than 100,000 of the homeless each week in Los Angeles.

He also served as the president of the Screen Actors Guild between 1973 and 1975 as he wanted to put something back into the profession that made his career.

He was a man of many talents as he also released several country music albums and as to be expected he wasn't short of a sharp one liner or two either, so this is my compilation of 15 of the best Dennis Weaver quotes.

The actor Burt Reynolds spoke fondly after his passing: "He was a wonderful man and a fine actor, and we will all miss him"

His fellow Gunsmoke actor and friend James Arness shared this assessment: "He provided comic relief but was also a real person doing things that were very important to the show" 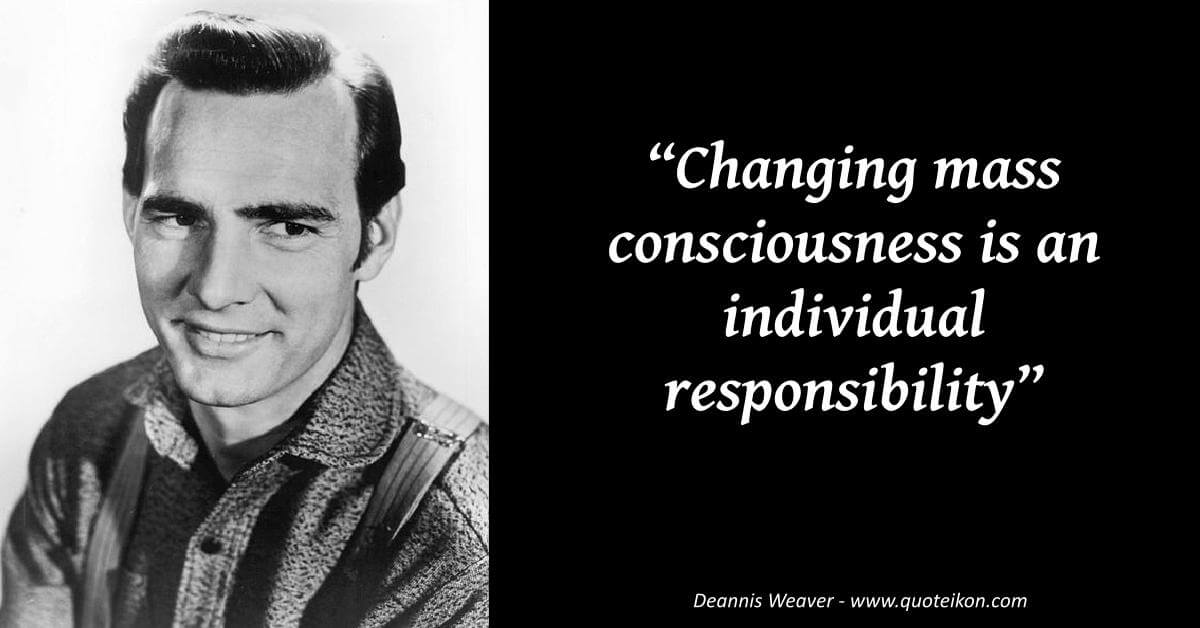