David Frost was the British born son of a preacher man who rose to fame during televisions satire boom of the early 1960's. His quick wit and charm served him well during his career especially during interviews as politicians and the rich and famous clamoured to be interviewed by him.

David had a charming style that used flattery to soothe the ego, which was something he recognised all famous people liked. He used his charming persona to quite devastating effect whereby he would lull the interviewee into a false sense of security and with their guard down they would more often than not reveal far more than they would have liked.

Frost had an ability to be able to call anybody and get through to talk to them, his phone list was the envy of the media world and he procured it by spending years rubbing shoulders with the rich and famous.

His famous Nixon interviews were a prime example of his initially non confrontational interviewing style before upping the ante to inquisitor much to the surprise of President Richard Nixon who in a moment of clarity felt the relief of the confessor as he laid bare his deep regret and sorrow for the Watergate scandal.

It became known as one of the greatest interviews of the twentieth century and secured David Frost's position as one of the most highly regarded interviewers of all time. As you would expect from a sharp witted satirical broadcaster he was also good for a one liner so here is my compilation of 14 of the best David Frost quotes

Former British prime minister David Cameron said of him: "He could be - and certainly was with me - both a friend and a fearsome interviewer"

British political commentator Andrew Marr said about him: "Today there are two types of political interviewer - those who've learnt from David Frost, and second rate interviewers"

The television executive Michael Grade said of him: "He was kind of a television renaissance man. He could put his hand to anything. He could turn over Richard Nixon or he could win the comedy prize at the Montreux Golden Rose festival"

The British labour politcian John Smith recalled: "He has a way of asking beguiling questions with potentially lethal consequences"

Tony Blair summed up his style thus: "He had an extraordinary ability to draw out the interviewee, knew exactly where the real story lay and how to get at it 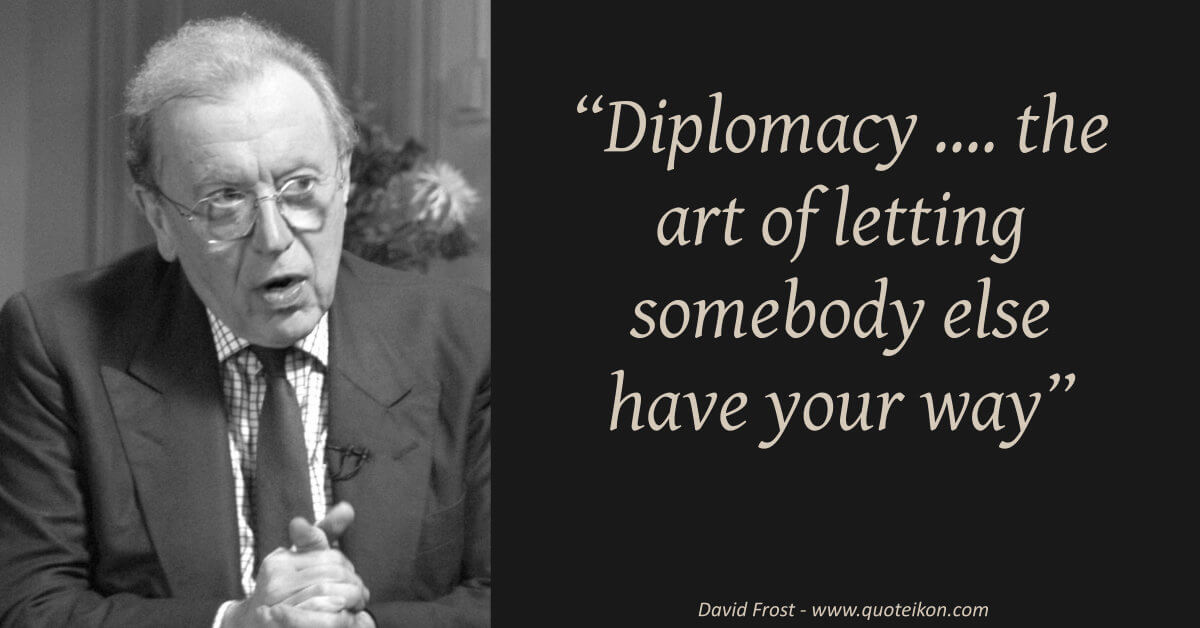