Chiang Kai-shek was the revolutionary and military leader who rose to power to become the head of state of the Chinese Nationalist government between 1928 and 1949. Hailing from a rich ancestry but brought up in a poor rural background he lost his father at the age of eight leaving his mother with the tough task of a single parent as the end of the nineteenth century loomed in a warlord torn land still under the rule of the Qing Dynasty.

When Kai-shek turned 18 he enrolled at the military training academy in Japan until 1911 when he returned to mainland China to take part in the overthrow of the Qing dynasty. In the new Chinese republic led by the founder of the Kuomintang (KMT) Sun Yat-sen he was made commandant of the newly formed military academy which gave him the opportunity to build up the army.

Upon the death of Sun Yat-sen in 1925 he took command as the republics leader and quickly moved to unify the country and clamp down on the communists. Internal in-fighting with the communists and external incursions from the Japanese dominated the ensuing years until WW2 saw China gaining the western powers as allies. But as his stature grew overseas disillusionment in his rule was festering at home and whilst he concentrated on fighting the Japanese the communists were gaining traction by winning the hearts and minds of the long suffering people.

Post WW2 saw an all out civil war in China that resulted in the Communists led by Chairman Mao Zedong, defeating Chiang Kai-shek's forces in 1949 giving him no alternative but to flee the mainland and establish a government in exile on Taiwan. His paranoia to protect his remaining power base saw a ruthless purge of opponents that became known as the "white terror" with his martial law enduring for a further 25 years with his belief that the Americans would assist his cause to retake mainland China.

His dream of uniting China under his rule never materialised but he was always good for a one liner, so this is my compilation of 10 of the best Chiang Kai-shek quotes

The author Robert D. Kaplan described one epoch of his power thus: "Under Chiang, the power and authority of the central government was greater in the 1930s than at any point since the mid-19th century"

The writer Sita Ram Goel recalled his stance towards Indian independence: "The only world leader who sympathised with Indian aspirations at that time was Chiang Kai-shek of China whom Pandit Nehru had denounced as a reactionary tool of Western imperialism only a few years earlier"

The author Robert D. Kaplan discussed his control by saying: "Under Chiang, the power and authority of the central government was greater in the 1930s than at any point since the mid-19th century" 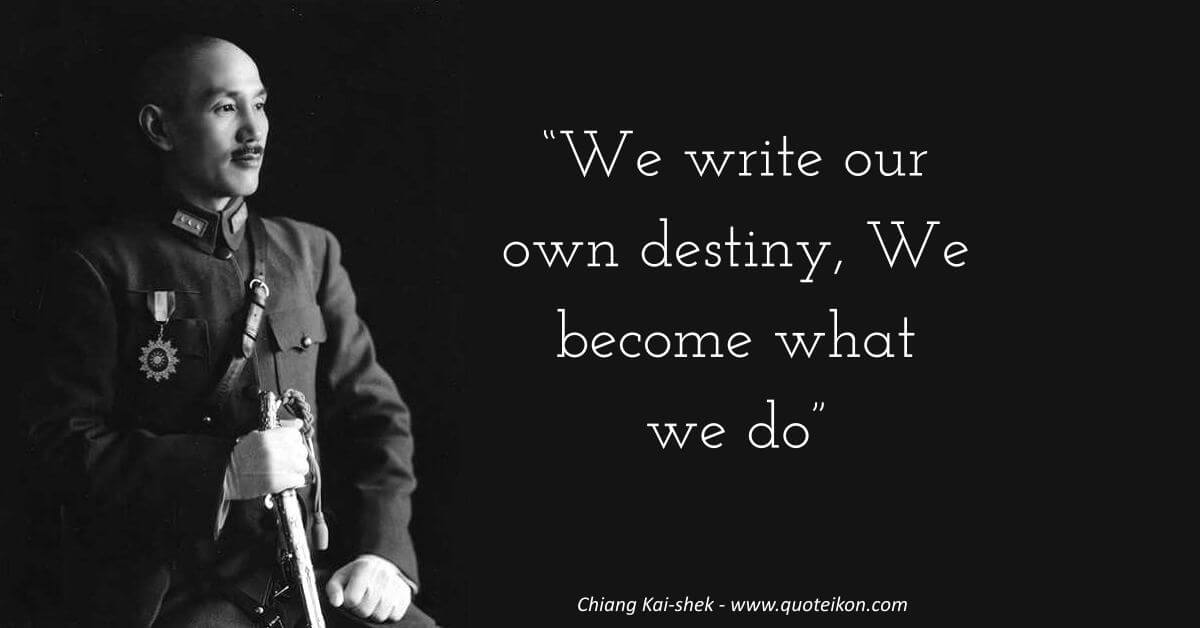