Brian Jones will always be remembered as the man who founded The Rolling Stones, gave them their name and promoted them from their first ever gig at the Marquee Club on 12th July 1962 to various other R&B venues around London.

His philosophy was to play cover numbers from the blues music he loved so dearly, but the reality was they could only go so far playing covers and they had to diversify and create their own style of music. Jones was a good musician but he was not a good songwriter and it soon became apparent that Mick Jagger and Keith Richards had an ability to combine their talents to make some promising music.

With the onset of the Jagger/Richards songwriting partnership it was becoming apparent that they had hit on a successful formula and as they grew with successive hits it was then that Brian Jones musical involvement began to diminish as a polar opposite to the rise of The Stones.

He descended into an abyss of drink and drugs and there followed 2 prosecutions for drug offences. It was these drug offences that denied him a visa for the U.S. tour in 1969 that tipped the balance and the band asked him to leave. Not long after this he was found dead under the influence of drugs at the bottom of his swimming pool.

It was a sad ending for the man who founded and helped create the platform for The Rolling Stones to ascend to world dominance as the kings of rock and roll. Tragically he became a member of the infamous "27 club" that features a large group of famous musicians who died at the age of 27. Brian will always be remembered fondly as the multi instrumentalist who put the Stones together and someone with that capability is never short of a one liner so this is my compilation of 15 of the best Brian Jones quotes.

Mick Jagger spoke of his diminishing contribution: "Keith and I took drugs, but Brian took too many drugs of the wrong kind, and he wasn’t functioning as a musician"

John Lennon reflecting on his sad demise: "He was different over the years as he disintegrated. He ended up the kind of guy that you’d dread to come on the phone because you knew it was trouble. … He was really in a lot of pain. But in the early days he was alright, because he was young and good-looking. He was one of them guys that disintegrated in front of you. … When he died, I didn’t feel anything, really. I just thought, 'Oh, another victim of the drugs'"

The drummer Ginger Baker shared this assessment: "Brian was much more of a musician than Jagger will ever be — although Jagger’s a great economist"

The actress and former lover Anita Pallenberg on when she met him: "I had some Amyl Nitrate and a piece of hash. I asked Brian if he wanted a joint and he said yes"

Anita Pallenberg then expanded on their first meeting: "I decided to kidnap Brian... Brian seemed to be the most sexually flexible" 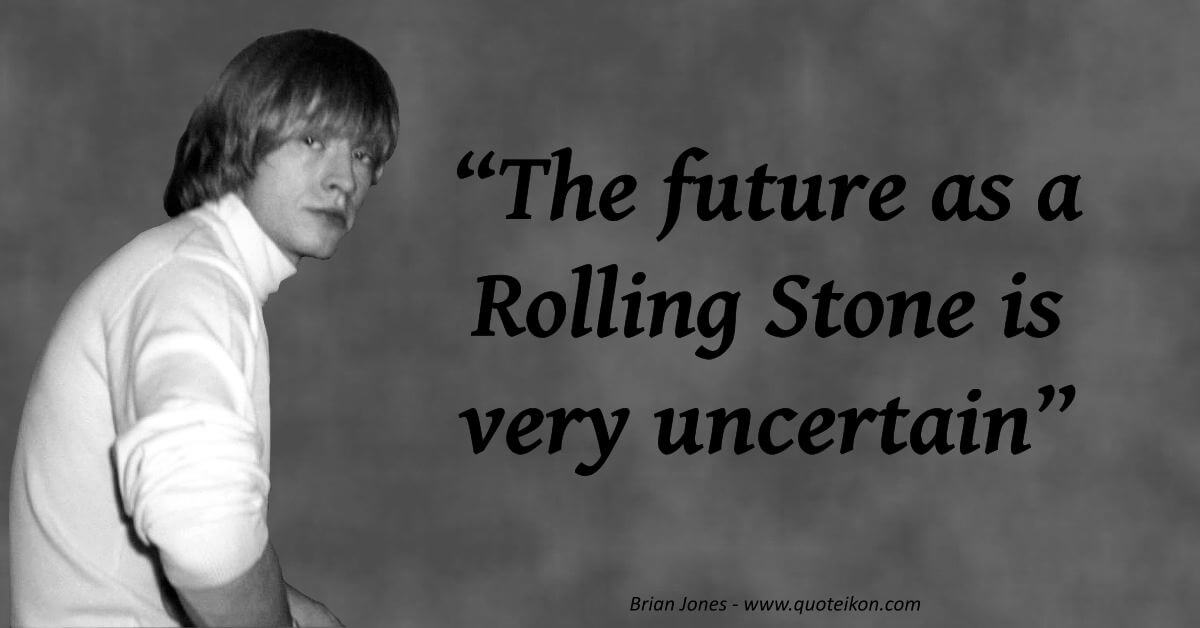