Antonio Vivaldi was a Venetian composer and virtuoso violinist who was taught to play by his violinist father Giovanni Battista Vivaldi. He was a good student of music who learned quickly and revelled in the baroque style of his era. His poor health held him back in many pursuits apart from music as he suffered a periodic tightening of the chest that may have been asthma and was not helped during childhood living in the damp Venetian houses.

He was ordained as a catholic priest in 1704 although he rarely led a church service due to health limitations restricting standing sermons. In 1703 Vivaldi became a violin tutor at a Venetian orphanage where he spent many years in rewarding tutelage while in his free time he composed many of his major works. His first collections of 12 sonatas were published in 1705 with a follow up published in 1709 with neither making any major breakthroughs. 1711 was a better year as his work started to gain recognition with a collection of 12 concerti published in Amsterdam.

Vivaldi turned his skills to composing operas and the next few years were his most successful period and he toured to much acclaim around the large cities of Europe. He was the toast of royalty and kings and Emperor Charles VI liked his music so much he invited him to Vienna where more lucrative opportunities lay at the heart of the Holy Roman Empire. Vivaldi arrived in Vienna full of hope and genuine expectation but Charles VI died soon afterwards and Vivaldi remained in Vienna without a sponsor in the hope he could live well relying on his talent and good name.

It was not to be and Vivaldi died in poverty one year later and was buried in silence at St. Charles Church in Vienna. He was a man of few words but his fantastic music is still doing his talking in the 21st century and even so, I still managed to compile a list of 20 of the best Antonio Vivaldi quotes.

The eminent German architect Johann Friedrich Armand von Uffenbach was impressed to say: "Vivaldi played a solo accompaniment excellently, and at the conclusion he added a free fantasy [an improvised cadenza] which absolutely astounded me, for it is hardly possible that anyone has ever played, or ever will play, in such a fashion"

The artistic director Susan Orlando made this assessment of a rare new Vivaldi find: "Not only is it amazing in the world of Baroque opera to suddenly find that Vivaldi wrote two Orlando Furiosos, but also what it says about him as a composer – taking a libretto and working it, and then going back to it and working it again. Nobody expected anything like this"

The composer Igor Stravinsky was not so impressed: "Vivaldi is greatly overrated - a dull fellow who could compose the same form so many times over"

The conductor Christopher Hogwood did not seem amused: "Vivaldi sometimes uses caricature in a very serious and grim sense, not at all comic" 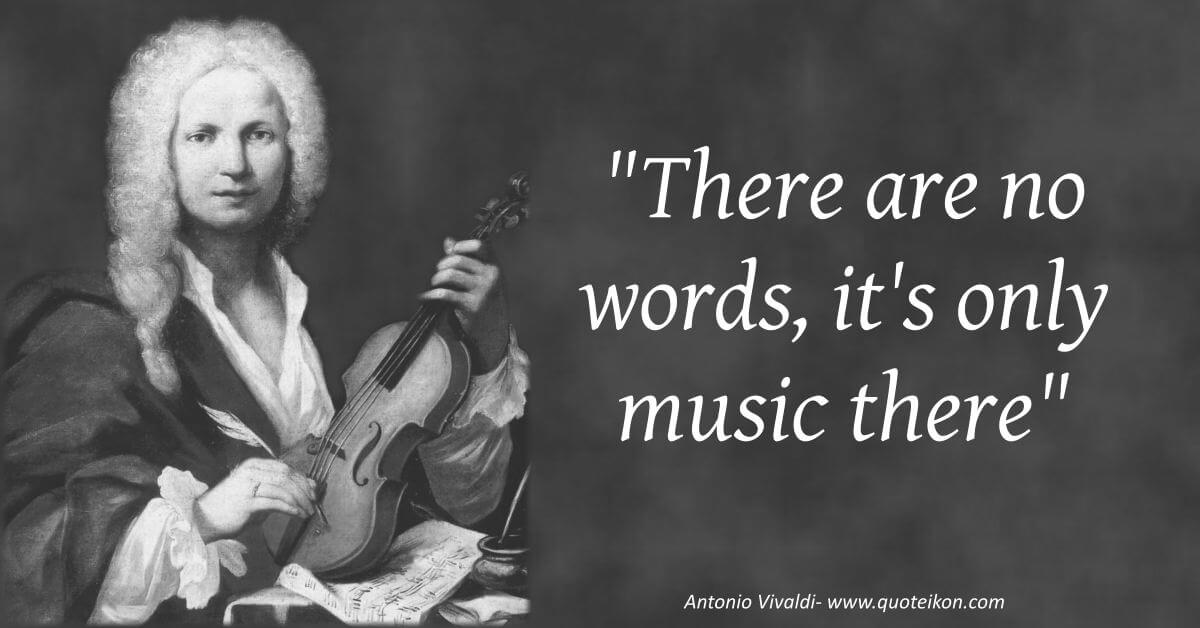