Zoe Wanamaker is an award winning british actress of American descent who has graced the stages of Broadway, London and studios on both sides of the Atlantic.

Known primarily for her theatre and television work she has also been cast in some prime roles on the silver screen, most notably as Madam Rolanda Hooch in Harry Potter and the Philosopher's Stone in 2001.

Acting was in Zoe's blood as both her parents were actors with her father Sam also being a director and the driving force behind the restoration of Shakespeares Globe theatre in London.

Zoe Wanamaker's most famous roles on TV were in "My Family" that ran for eleven years and 114 episodes and the crime thriller "Prime Suspect" where she played the role of Morya Henson for two episodes.

A bubbly character on and off screen she was never known for controversial remarks, so this is my compilation of 15 of the best Zoe Wanamaker quotes.

The critic Michael Billington gave this assessment in his review on the play 'Elegy': "Zoë Wanamaker is superb as Lorna, in the way she captures the rage and frustration that are inevitable byproducts of her condition, but also the wit and mischief that made Carrie love her in the first place"

Royal Shakespeare Company Director Trevor Nunn described her thus: "A comic instinct is born, not bred. You either know how to make things funny or you don't. Zoe Wanamaker does"

The critic Sarah Crompton was impressed to say: "There are few actresses I'd rather spend an hour and a quarter with than Zoë Wanamaker, Barbara Flynn and Nina Sosanya. For the pleasure of their company alone" 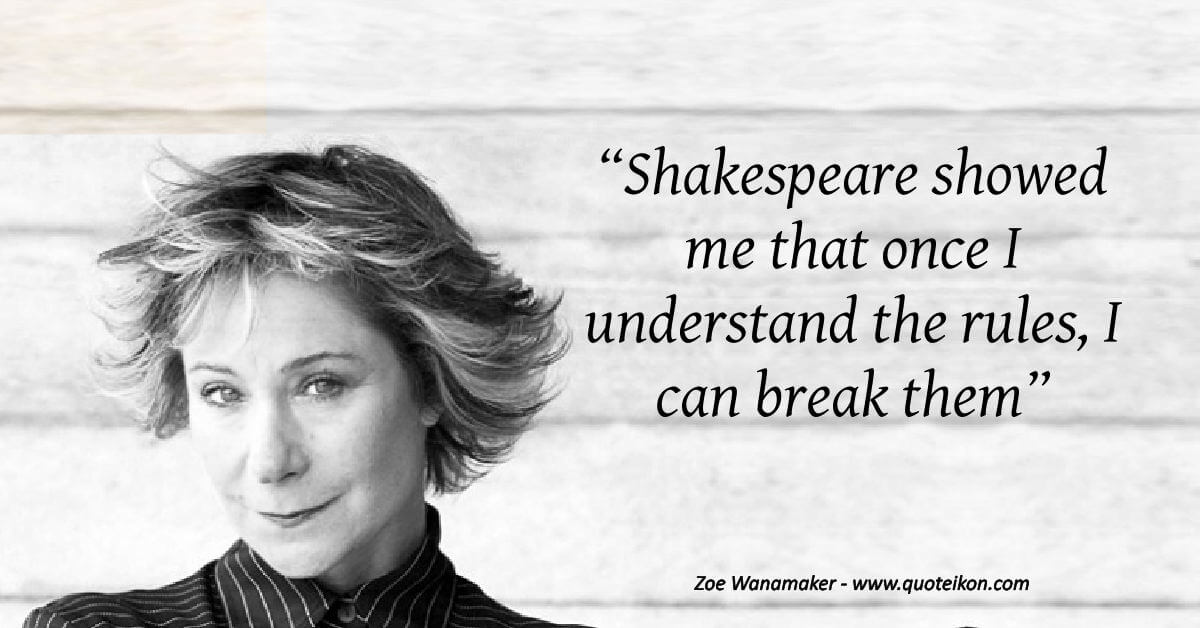