Zhou Xun is an internationally acclaimed actress and singer who has won awards across Asia. She performed in a few minor roles before her breakthrough in the movie Suzhou River by Lou Ye which was a tragic love story set in Shanghai and released in 2000.

Xun's next big role was in the 2002 movie "Balzac" and then the "Little Chinese Seamstress" and from there she entered the Hong Kong movie industry and was an instant hit with her role in "Perhaps Love" gaining her the Best Actress award at the Hong Kong Film Awards.

Zhou Xun's career has been interspersed with a variety of TV work which helped make her a household name in China. Back on the silver screen in 2012 she starred in "Painted Skin: The Resurrection" which was to become the biggest box office hit of all time in China grossing $110 million.

Xun is blessed with a Contralto voice which she has used to sing the sound tracks on many of her movies as well as releasing her own albums. She is is not shy to voice an opinion also so here is my compilation of 15 of the best Zhou Xun Quotes.

The UN repredentative Khalid Malik shared this assessment on her environmental appointment: "Zhou Xun has set a good example in her own life to protect the environment that also impacts people around her. It only seems fitting that she has chosen to help the United Nations promote environmental awareness, in particular, on the challenge of climate change"

The critic Ada Tseng once described her thus: "Zhou's allure lies in her doe-eyed fragility and vacant glances"

According to the fashion designer Karl Lagerfeld, Zhou Xun: "is a mix of a young Coco Chanel and Zizi Jeanmaire" 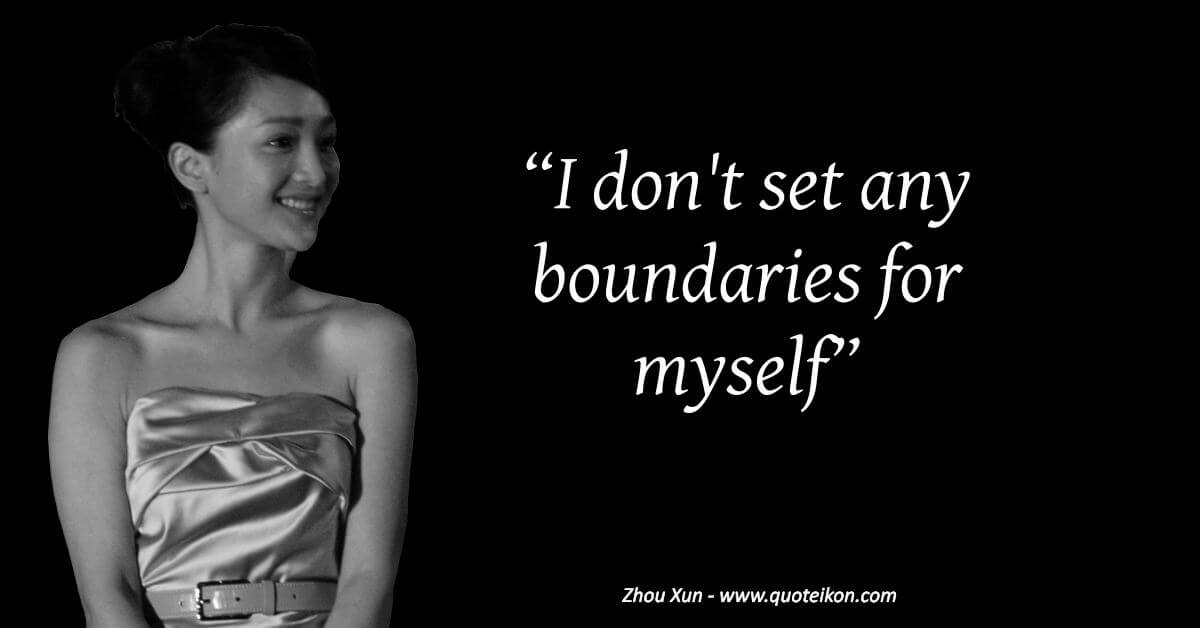