Zhang Ziyi is one of the most critically acclaimed actresses to emerge out of mainland China and gain a firm thespian foothold in Hollywood as well as Mandarin speaking movies. Her first role of any significance was the character Zhao Di in the award winning 1999 romantic drama "The Road Home".

While Ziyi's first major role scored some minor success with awards at the 2000 Berlin Film Festival it paled into insignificance when compared to her next starring role in "Crouching Tiger, Hidden Dragon" in 2000 that gained 10 Academy Award nominations which raised her profile to earn international recognition and celebrity status.

"Crouching Tiger, Hidden Dragon" grossed over $200 million USD worldwide and its commercial success was matched by its critical acclaim as it gathered a slew of Golden Globes, Bafta's, Academy Awards and various other worldwide accolades that numbered 40 in total.

Zhang's first taste of Hollywood was in the 2001 movie "Rush Hour 2" and there followed numerous roles leading up to her next blockbuster appearance starring in "Memoirs of a Geisha" in 2006.

Geisha was a lavish production but for Ziyi it allowed her to explore and extend the boundaries of her acting talent as her shimmering portrayal of Sayori saw the softer and more sensuous side of her acting range. Her natural grace and elegance coupled with her stylish poise paint an indelible picture in the mind as she oozes with the confidence of an actress at the top of her game.

Away from the silver screen she is good for a quick quip too, so here is my compilation of 16 of the best Zhang Ziyi quotes

The critic Kaori Shoji recognised her acting talent: "Zhang wedges a line between her brows that could be a sign of displeasure, petulance or inward plotting. Her true emotions are impossible to read"

Tomio Geron theorised her look and why she was a successful actress by saying: "Zhang is tough, elegant, tall and thin"

The Tatler editorial director Charlene Co sat in awe whilst waiting to interview Zhang Ziyi: "I can’t decide whether I’m more taken with her delicate features and porcelain-like skin or her piercing gaze. I think to myself, 'Nothing escapes this one, that’s for sure, and how on earth can she be 40?'" 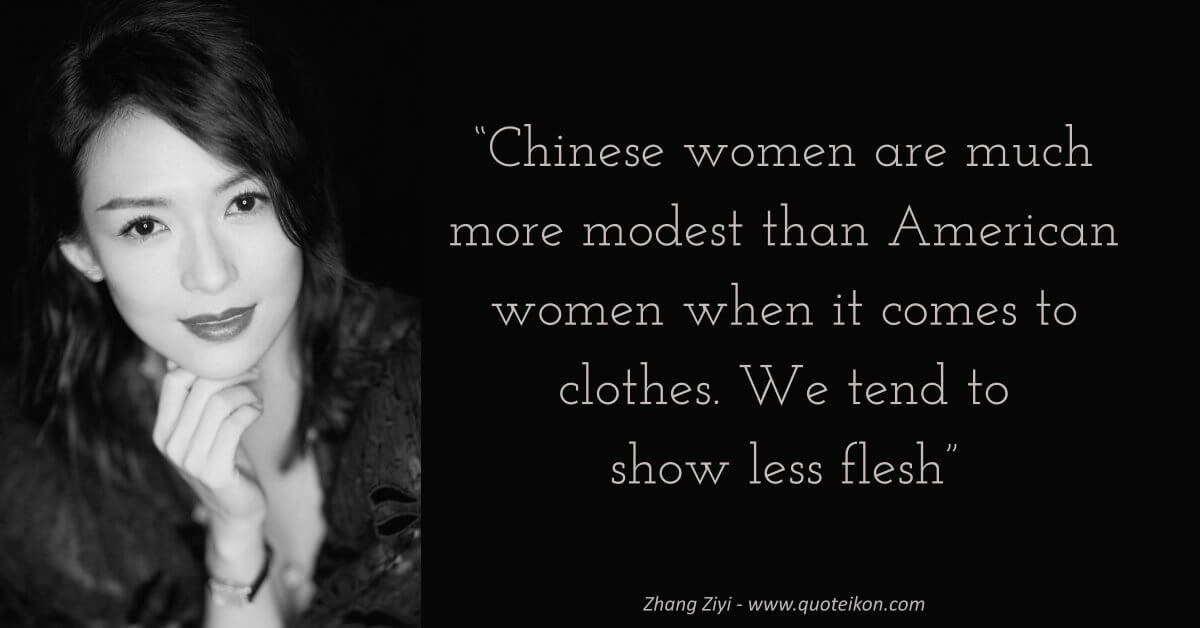